Monday’s announcement of the Russian withdrawal from Syria was surprising to western analysts and media. Unused to a quick insertion and withdrawal from peacekeeping missions, many had believed that Russia had engaged itself in the quagmire of Middle Eastern politics for the discernible future. Soon reports began to circulate that Washington and Moscow had come to a secret deal over the Ukraine, or that recent economic sanctions would soon be lifted.

The reality is somewhat less surprising; Putin, ever the politician, was engaging in some good old-fashioned doublespeak. In the meeting it can be noted that Putin remarks that he wants the Russian run maritime base in Tartus and Hmeymim Airbase to continue to function and be protected from land, sea, and air, arguing that:

“This part of our military group was located in Syria over the course of many previous years, and today, it must continue to fulfill the highly important function of monitoring the ceasefire and creating conditions for the peace process.”

So, in reality the withdrawal is merely a drawdown of certain military platforms like the Su-25 strike aircraft and Su-34 bombers that were inserted into Syria after October 2015. Remaining will be the Su-24 bombers and Mi-24 and Mi-35 attack helicopters, as well as the Su-30SM and Su-35 multirole fighters with the deadly S-400 long range air defense missiles and the shorter range systems. 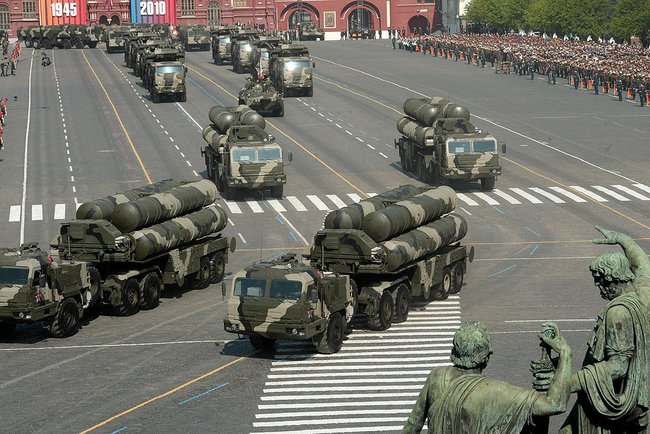 Ground troops and naval cover forces protecting and operating these bases will remain, and any of those forces advising and helping Syrian forces will remain in an advisory capacity. In short, this announced withdrawal is merely another way for Russia to change around its equipment and personnel, while at the same time not really changing its presence or undermining its assets in the country.

Reports in the last few days that Russia has continued to provide air support during the battle for Palmyra support this hypothesis, as do the statements of Moscow’s ambassador to the UN’s Vitaly Chulkin that drones would still be in use over Syria supporting the government forces. Russia also has plans to expand the Tartus naval base and utilize Syria as combat training for its new helicopters, the Ka-52 Alligator and Mi-28N.

If Russia is still maintaining its position in Syria, what else does it want? Thanks to the Kremlins transcript it is possible to see the reason for Putin’s sudden involvement in Syria last October. Putin was simply shooting two birds with one arrow. By supporting the Assad regime and defending its strategic interests, it allowed Russia to test its weapons systems and tactical operating concepts. Or, as Putin states:

“In a short period, Russia has created a military group that is small in number but quite effective — one consisting of different types of forces and diverse capabilities.”

Now that Russia has met its personal goal of supporting the Assad regime to a position of control, it appears that it is prepared for the transition to soft diplomacy as the next step. Prior to Russia’s announced withdrawal, the Assad government had been playing tough at the peace negotiations. According to Joshua Landis, the Director of the Center for Middle East Studies at the University of Oklahoma, the Assad regime had expressed “a constant drumbeat of confidence that they’re going to take back every inch of Syrian soil, and Russia is their partner.”

However, President Putin does not seem to have received that memo. Instead, Vladimir Putin has clearly indicated to Bashar al Assad that he is not wearing the big boots anymore. Rather, Putin, by announcing his withdrawal, is reminding Assad of who has provided his power, in the hope that this will force the Assad regime to the negotiation table in Geneva.

While it is hoped that a peace deal can be reached, getting everyone to agree will be difficult. Currently the plan being tossed around by the Russian and Western powers is a one devised by John Kerry, U.S. Secretary of State, and the Russian Foreign Minister Sergei Lavrov. According to The Economist both men discussed the possibility of partitioning of Syria into a federalist state based along clan, and sectarian divisions.

In this vision the territory in the west, running roughly from Latakia in the north down to Damascus in the south, would be controlled by the Alawites of whom Bashar al Assad is a member. While the Syrian-Kurdish region in the north-east, known as Rojava, would be an autonomous Kurdish region and the rest of the country would be left to the Sunni opposition forces.

Dr. Victoria Kelly-Clark received her doctorate in political science and international relations from the Australian National University. She has lived in Central Asia and specializes in Russia and its former Soviet territories. For more information, go to Central Asia and Beyond.

Lawmakers Look for Heads to Roll Over Lead Water Contamination in Flint, Michigan