Five elephants plunged to their deaths trying to save a calf. (Image: pixabay / CC0 1.0)

China has launched the One Belt, One Road (OBOR) initiative to connect the continents of Asia, Middle East, Africa, and Europe in order to foster trade relations and regional cooperation. The initiative aims to create a massive transportation network to make trade between the nations run smoother and faster. India, on the other hand, is the only South Asian country, apart from Bhutan, that does not support this initiative and, in fact, strongly opposes it.

What is the One Belt, One Road?

The “One Belt” refers to the Silk Road Economic Belt and the “One Road” refers to the Maritime Silk Road. As a result, the initiative will develop both sea and land routes to increase connectivity among nations. OBOR also aims to create a group of countries that are economically interdependent, just like the G7, but this one with China at the helm. 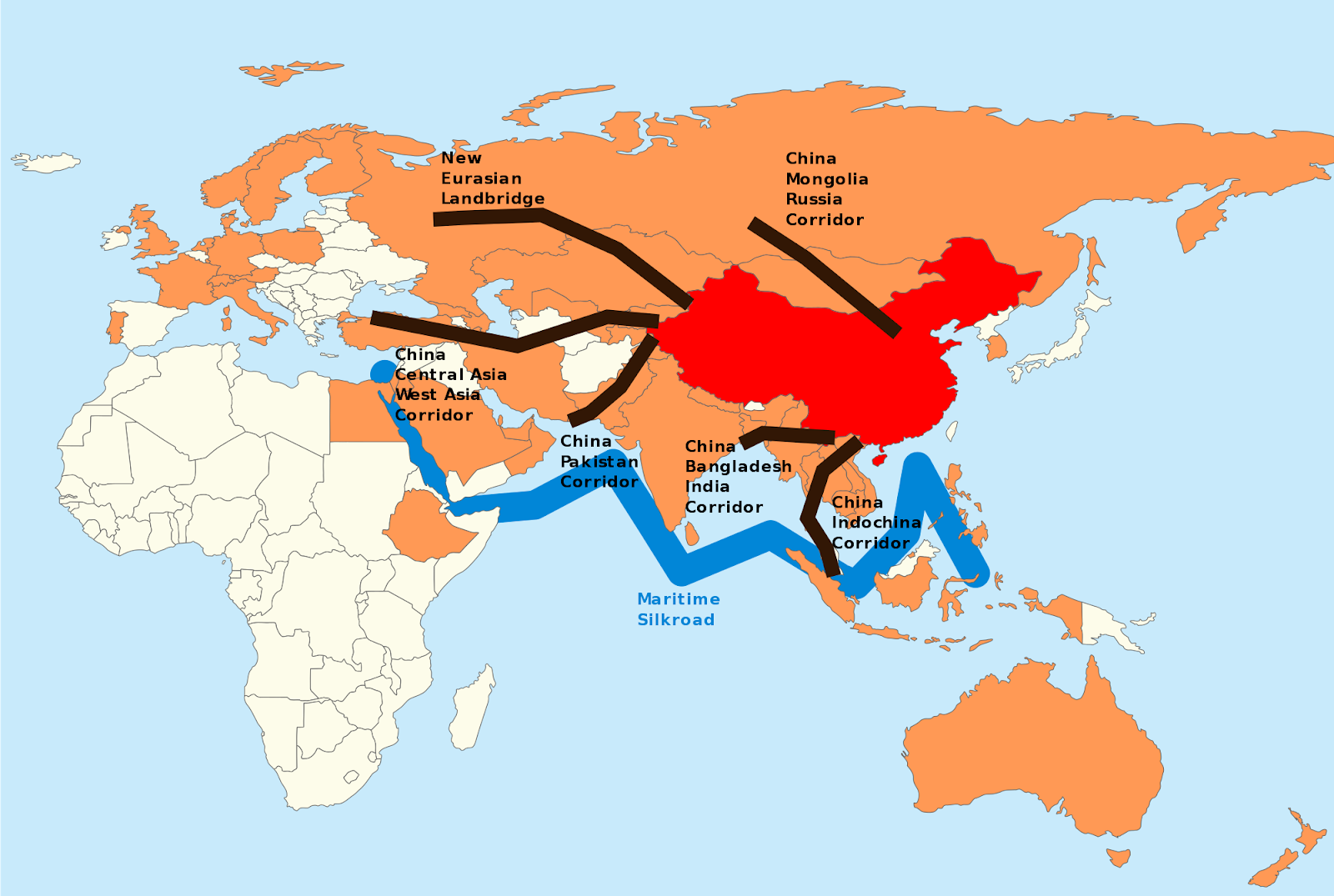 China in red, members of the Asian Infrastructure Investment Bank in orange, the six corridors in black. (Image: via wikimedia CC BY-SA 4.0)

The project is considered to be President Xi’s most momentous international move and China has invested a significant amount in the initial stages. The initiative, while connecting various countries, has already helped China achieve considerable political influence, especially in Africa, as it has pumped a lot of money into the developing African countries. OBOR currently has 60 nation participants; however, some reports suggest that China may be using OBOR to buy political allegiances to consolidate its geostrategic positions.

Chinese companies have invested heavily in building high-speed railways, coastal rail lines, and ports in Thailand, Cambodia, Laos, and Indonesia. At the end of 2017, Sri Lanka and China signed an agreement that allowed China to use a strategic port in the Indian Ocean for 99 years. Sri Lanka had to sign this agreement with China, as it was unable to pay a debt of US$8 billion to Chinese companies investing in the country.

Naturally, India is concerned with all that is happening around it. One of the main reasons for India’s stance against OBOR is China’s relations with Pakistan and the China-Pakistan Economic Corridor (CPEC) that is set to be a part of the OBOR. The corridor will pass through Pakistan-occupied Kashmir (PoK), which is claimed by India.

Apart from that, India has also shared the criteria the initiative is expected to follow for India to give the green signal. These include financial responsibility to avoid projects that would create unsustainable debt; transparency and equality; must follow ecological and environmental protection; transparent assessment of project costs; skill and technology transfer to local communities; and, most importantly, must be pursued in a manner that respects sovereignty and territorial integrity. Since India does not feel that OBOR successfully passes the criteria, it has decided not to go ahead with the initiative. 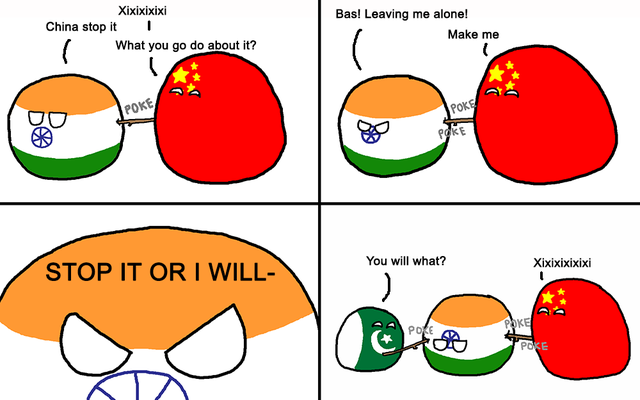 A comic depicting the relations of India with China and Pakistan. (Image: via wikimedia CC BY-SA 3.0)

India is also wary of the $46 billion invested by China in Pakistan, especially in the context of its sovereignty issues with the country. Moreover, Pakistan is not the only country with which India has territorial disputes. China and India have ongoing territorial tensions that are far from being resolved. China’s strategic relationships and rising political influence in countries surrounding India have it concerned over its political and security implications.

Considering Sri Lanka’s plight and other South Asian countries renegotiating loans with China for infrastructure development, India is concerned that China’s financial “assistance” is not transparent enough, and the debt repayment is already taking its toll on the countries.

In the South Asian context, India has been enjoying its strategic importance and dominance for a while now. However, China’s hold over the region is becoming more and more prominent, which has started a new chapter in India-China relations. India’s stance is unmoved and, in its current form, India will never accept OBOR. There needs to be a great deal of trust building and a mutual feeling of equality between India and China for them to work together.

‘One Country’ in Hong Kong and Taiwan?

The USA vs China: In a Trade War, Who Wins?