If eating cotton candy as fast as you can ever becomes a competitive sport, perhaps even in the Olympics, China already has their ace contender. (Image: YouTube/Screenshot)

If eating cotton candy as fast as you can ever becomes a competitive sport, perhaps even in the Olympics, China already has their ace contender. An Qi, a 25-year-old TV anchor and celebrity from Zhejiang, China, has become famous all over the world for her cotton candy eating skills. A video of her feat has become viral, where she completely wipes out her competitor in a matter of few seconds.

As per the Daily Mail (U.K.), the competitor was a guest named Zhao Re, who challenged An Qi to see who could finish the cotton candy fastest. From the onset, the male participant is eating his way through the cotton candy on the stick extremely fast. However, the woman, An Qi, skillfully balls up the cotton candy, discards the stick, and stuffs the entire thing in her mouth in one go.

Her movements are so fast that you might even miss the moment when she discards the stick! She has done all of this in less than 3 seconds! Apart from this incredible task, her expression, after eating the cotton candy, has also become very popular, with her confidence the most prominent. After finishing the cotton candy, she waited politely, and with a smile, for her competitor to finish eating his cotton candy. According to the Insider, the whole thing is “equal parts hilarious and inspirational.”

Watch the video of An Qi’s unique talent:

BuzzFeed reports that this video originates from a Chinese TV show entitled I’m the Winner. The show is hosted by Channel Six on Zhejiang TV. It first became popular in China, especially on Weibo, after which it spread through Twitter, ultimately reaching the West. On Weibo alone, it has been watched more than 16 million times. BuzzFeed even got in touch with An Qi, who mentioned that she didn’t expect the video to become so popular and especially not beyond China.

At the time of the competition, her urge to defeat her competitor was leading her to design game plans and strategies before the contest even began, and while her competitor was trying to distract her by trash-talking. She definitely wanted to teach the guy a lesson or two. But even she didn’t expect to finish the task in a matter of fewer than 3 seconds! Now, she is receiving many requests online to eat cotton candy live. As a result, An Qi jests that she is going to have to start exercising to tackle all the cotton candy calories she is about to gain. 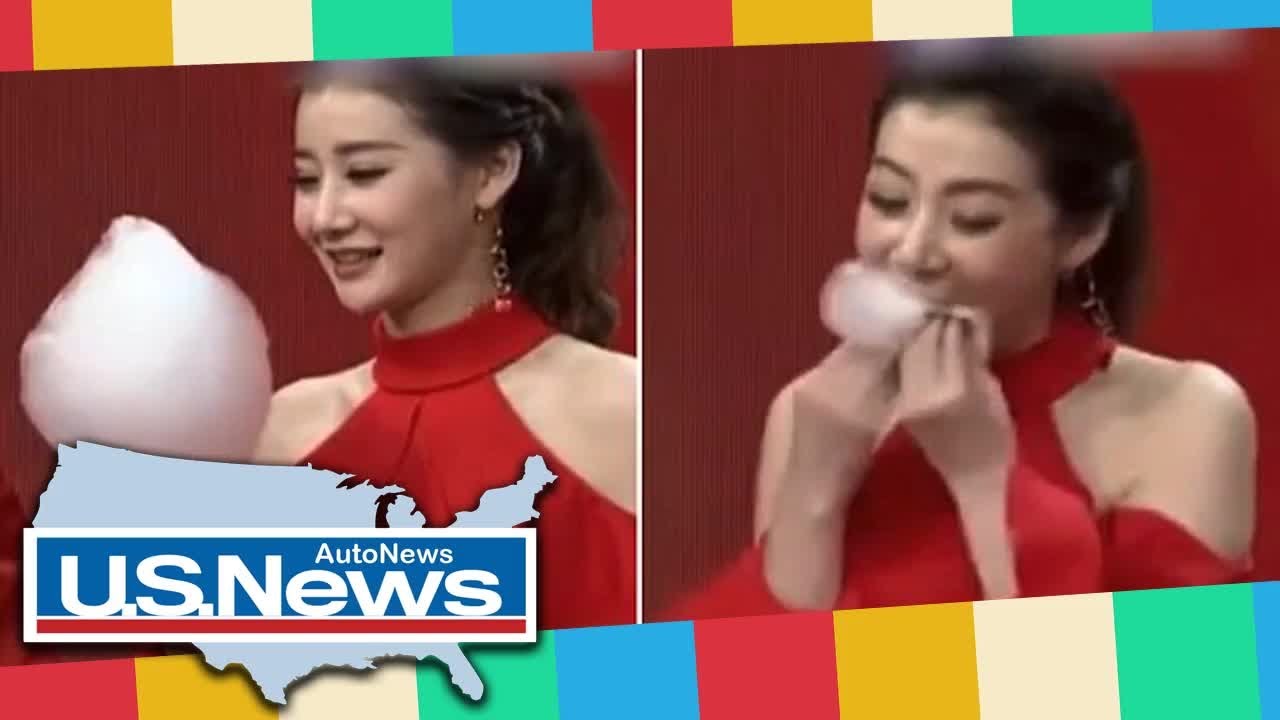 An Qi skillfully balls up the cotton candy, discards the stick, and stuffs the entire thing in her mouth in one go. (Image: YouTube/Screenshot)

The task, although funny, also demonstrates the importance of thinking quickly, as well as having presence of mind. She used common sense and compressed the cotton candy into a smaller package to fit in her mouth.

An Qi has become quite popular for accomplishing a beastly task while looking elegant throughout. Many have taken to Twitter to hail her as the queen of cotton candy, and to even express their love for her! Of course, many are admiring her technique and cotton candy eating skills!

Know Your Chowders: Maine vs. Boston

Pokémon Go to the Rescue!