Gabriel Georgiou is well-known in the entertainment industry, having worked his magic on celebrities such as Jessica Alba and Robert Downey Jr. (Image: via The Epoch Times)

Gabriel Georgiou, a Greek-born Australian, is well-known in the entertainment industry. This celebrity hairstylist, famous among Hollywood and Bollywood stars alike, has worked with the likes of Jessica Alba and Robert Downey, Jr. He is blessed with creativity. The celebrity’s hair is his canvas, and in his hands, scissors, hairspray, and hair dryers can work magic. His stunning creations for film stars on red carpet night earned him the title of “Best Hair Stylist” from the Indian edition of Vogue magazine.

So what is the secret to his success? According to Georgiou, the true source of inspiration is a clean and peaceful heart.

In his hands, scissors, hairspray, and hair dryers can work magic. (Image: via Gabriel Georgiou)

Georgiou attended the Toni & Guy Hairdressing Academy in London and also studied makeup, clothing, wigs, and hairdressing at the Public Technical College (TAFE) in Melbourne. In 1999, Giorgio traveled to Hollywood and soon became very active among celebrities. From Drew Barrymore, Keanu Reeves, Jessica Alba, and others, every top star wanted him to do their hair. From Bollywood to Hollywood, every actor he has worked with, including Priyanka Chopra, is full of praise for his skillful work. 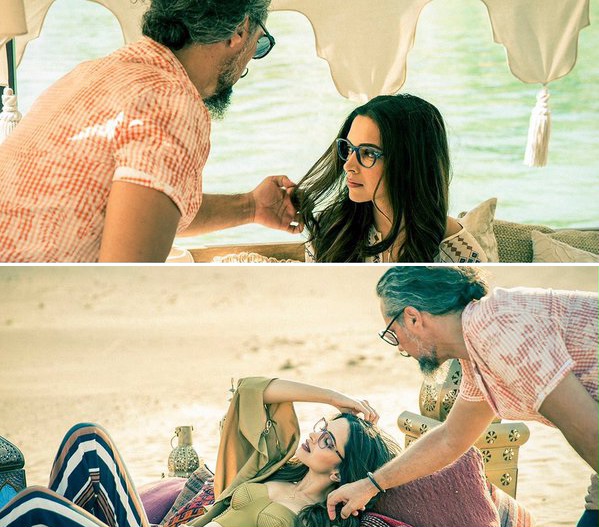 Today, as the world’s top stylist, Georgiou, with his endless passion and a positive and optimistic experimental spirit, is in demand by the two major movie empires in the East and West; there must be something special behind it. When asked about the secret of his success, he said that he owes his good fortune to practicing Falun Dafa (also known as Falun Gong) every day. 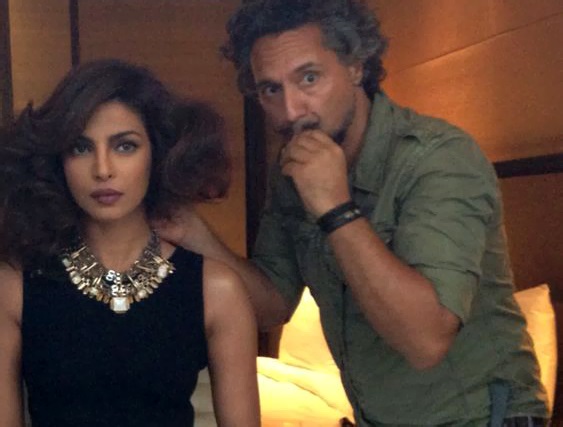 From Bollywood to Hollywood, every actor he has worked with, including Priyanka Chopra, is full of praise for his skillful work. (Image: via Gabriel Georgiou)

Georgiou recalled: “In those days when I was successful, I felt that something was missing in my heart.” In 2002, when he was in Australia making a TV commercial and talking to a makeup artist about life and spiritual pursuits, she said she was practicing Falun Dafa and gave him a brief introduction. On first reading through the book Zhuan Falun, Georgiou felt himself resonating with this physical and mental practice. he was drawn to the principles are truthfulness, compassion, and forbearance and that it is available free of charge. After continuous self-cultivation, he saw improvements, including becoming very healthy, energetic, feeling good, and being able to easily handle various problems.

Though he had all the trimmings of a jet-set lifestyle, he felt something was missing in his heart. (Image: via Taste of Life) 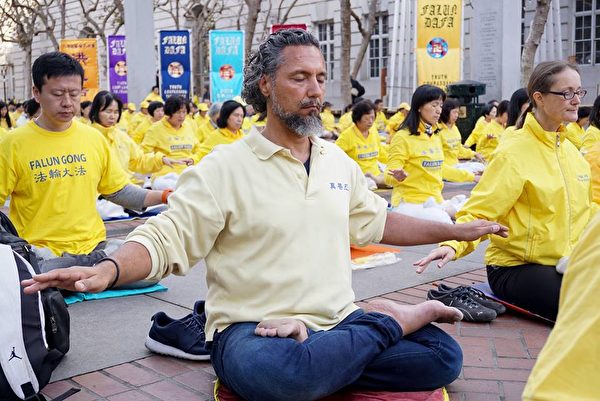 Georgiou was introduced to the spiritual practice Falun Dafa while making a commercial in Australia. (Image: via Li Sha/Epochtimes)

However, when Georgiou first heard about the persecution of Falun Gong in China, he was shocked. He began to arouse peoples’ attention to the situation in various ways, including participating in parades and peaceful protests. In the year before the Beijing Olympics, when the global “Human Rights Torch Relay” came to Athens and some cities in Australia, he also served as the host.

Not content with just being a top hairstylist, Georgiou also revealed that he is writing a book and planning an exhibition to share his inspiration from ancient Chinese cultivation culture. He hopes to help people understand the inhumane crimes committed against Falun Dafa in China today. At the same time, he will also show the beauty of cultivation and exciting images.

He hopes to help people understand the inhumane crimes committed against Falun Dafa in China today and, at the same time, wants to show the beauty of cultivation. (Image: via Adhiraj Chakrabarti)

Finally, when asked about the most challenging part of the hairdressing industry, he replied: “Live in the colorful bubble of fashion, but don’t let it devour you. Be faithful to the heart, be sincere, and don’t be confused by this industry.” Georgiou has a firm belief: “As a person, you should never forget that life is so beautiful.” His positive attitude toward life is a breath of fresh air in the fashion world; his inner peace also flows through his fingers toward each strand of hair.

Taiwanese Policeman Stops Train in Time to Save a Life

Fruits That Can Boost Your Health