On September 8, protestors marched from the Chater Garden in Central to the U.S. Consulate. (Image: Yugang / Epoch Times)

While Hong Kong Chief Executive Carrie Lam has announced the formal withdrawal of the controversial extradition bill, her refusal to accept the other four demands has Hong Kong protesters continuing to take to the streets in a show of conviction and solidarity.

On September 8, the people of Hong Kong held a Hong Kong Human Rights and Democracy Act prayer session in central Hong Kong. This was followed by a march to the United States consulate, where demonstrators delivered a petition in support of proposed legislation designed to save Hong Kong, the Hong Kong Human Rights and Democracy Act. The legislation seeks to renew the historical commitment of the United States to uphold freedom and democracy in Hong Kong, something of particular importance during this very critical time.

The people of Hong Kong remain strong in their determination to keep Hong Kong’s democratic system alive, and many demonstrators have been vocal about the need for international assistance. 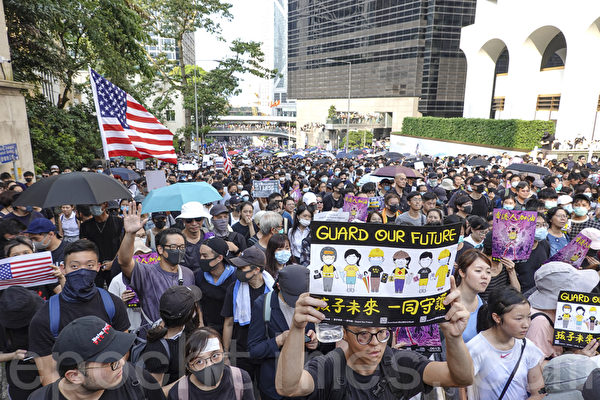 Mr. Lim, who attended the latest rally, shared his views on what’s happening in Hong Kong: “The rule of law in Hong Kong is almost completely dead. Whether it is the interpretation of the National People’s Congress or the district courts and judges, the selective persecution by the Attorney General of the demonstrators, rather than of those people who actually break the law, has already, to a great extent, revealed that the rule of law in Hong Kong is dead. We cannot allow a dead rule of law to continue in Hong Kong, and so we need the United States to pass the proposed legislation to protect the people of Hong Kong.”

He believes U.S. support is vital to helping uphold democracy in Hong Kong. Mr. Lim went on to say: “I hope the United States will pass the proposed legislation and if it does become law, it will shock those high-ranking officials in Hong Kong and prevent them from betraying its people.”

The protesters know that the world is watching and hope those other countries will not stand idly by and watch Hong Kong ultimately fall to communism. “At present, international attention is very important to Hong Kong, so that Hong Kong will not be as vulnerable to those in Mainland China,” said Mr. Lim. 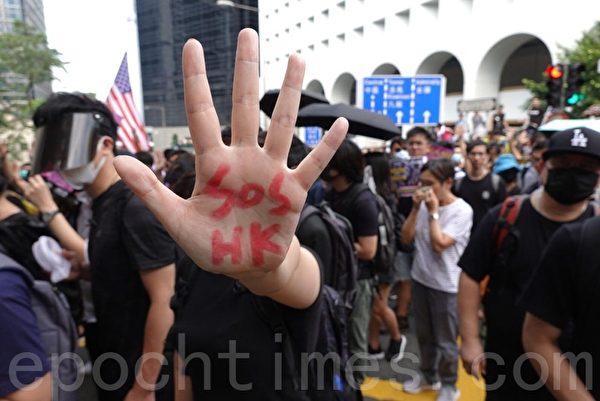 When asked by reporters if he has confidence that the United States will pass the proposed bill, Mr. Lim said: “The bill has bipartisan support in the United States; I think that there is a chance that it will be passed.”

Mr. Lim believes that the will of the people has been made clear to both the leadership of Hong Kong, and to the rest of the world. “The anti-extradition demonstrations should be a reason to accelerate the passing of this bill.” Mr. Lim continued: “The spirit of the Hong Kong people has brought international attention. Our peaceful demonstrations and our desire for freedom, democracy, and equality have become the focus of the world. The international media has publicized the peaceful and rational anti-extradition demonstrations, and the Hong Kong people have shown how much they value their freedom, with 2 million coming to the street is the best example.”

Demonstrators know that future generations will be impacted by the outcome of what is currently taking place in Hong Kong. Ms. Hou said: “I hope to save our children. The only thing that can balance the communist regime is to get help from the United States.” Ms. Hou went on to say: “Through the Hong Kong Human Rights and Democracy Act, Hong Kong can implement the 2020 universal suffrage. This is very important, so the United States must help us.”

Demonstrators know that future generations will be impacted by the outcome of what is currently taking place in Hong Kong. (Image: Studio Incendo via flickr CC BY 2.0 )

Another Hong Kong citizen, Mr. Liao, said: “Hong Kong is now facing a humanitarian crisis. It is not just about a conflict between police and civilians, but about police abusing their power and unjustly cracking down on its own citizens. I hope that the United States can help us, as Hong Kong fights for justice.”

Mr. Leung, who also came out in support of the democracy bill, said: “This afternoon’s prayer and rally is mainly our hope that the United States can quickly pass the Hong Kong Human Rights and Democracy Bill into law. This will help Hong Kong in our long-term struggle. Only the United States can stop Chinese officials and prevent them from continuing to deprive us of our freedom.”

The people of Hong Kong realize that the fate of their country hangs in the balance. Will the world watch as democracy falls in Hong Kong, as the CCP breaks its promise of one country, two systems? Or will the U.S. and other countries come to the aid of the Hong Kong people, people who are crying out for help as their freedoms are being trampled and demolished before their very eyes? Only time will tell, but let us hope democracy prevails.

Translated by Chua BC and edited by T. Denning

Why Would China Report on the Xinjiang Detention Camps?