A retired dentist in southern China named Chen Zhongwei succumbed to his injuries two days after he was stabbed 30 times by a former patient. His death, which came a few weeks after college student Wei Zexi passed away of cancer after spending thousands of dollars on a phony treatment, has once again thrust China’s medical system into a harsh light.

Since the country’s health sector was further privatized with the lifting of the ban on private hospitals in 2000, the number of medical scams have increased rapidly and frontline medical professionals have become a target for violence by frustrated patients. In 2014, there were at least 155 criminal cases involved injuries or death of healthcare workers.

Chen Zhongwei in Guangzhou was the latest victim. He reportedly had overseen the attacker’s dental veneers 25 years ago (some reports said 10 years ago). His former patient demanded compensation recently because the veneers had become discolored, but the hospital rejected him because the treatment was only meant to last 10 years. The attacker killed himself by jumping off a building after stabbing Chen.

While it’s certainly not normal for a patient rebuffed to take such extreme and deadly measures, the case has drawn attention to the worsening doctor-patient relationship in China. Han Yiwei, a writer from KDnet, a popular journalist forum, pointed out:

“This is not the first time a medical professional has fallen victim to unreasonable patients. Such incidents have become so common that the public brushes off this kind of news.

“On the other hand, incidents involving medical scams, excessive treatments, and medical errors have not been properly dealt with. In addition, misleading advertisements for medical treatment, fake medicines, overpriced treatments, and scammers are everywhere.

“People have become very frustrated with the chaos of the medical sector. The conflict between doctor-patient has escalated, and it’s tearing society apart.”

The writer further pointed to the problem of the unregulated Putian hospitals, a network of medical entrepreneurs that operate nearly 8,000 private hospitals, representing more than 70 percent of the whole national market. As it is so difficult to get entry into good public hospitals, quality medical treatment has become a “privilege:”

“There are so few good hospitals, and the supply cannot meet the demand. As a result, access to quality medical treatment has become a privilege — one has to rely on his or her social capital in order to check in.

“For those who can’t gain access, they have to rely on their fate. People are so frustrated with this injustice. The expensive costs of treatment also put tremendous pressure on patients and may lead to depression.

“Some patients have spent huge amounts of money to gain access to quality treatment, and if they find the treatment to be unsatisfactory, they might tend to be more resentful.”

While the unregulated private hospital sector is a major source of chaos, violence also stems from the absence of independent authority to investigate on medical errors. One journalist wrote on his account on popular social media platform Weibo:

“Yesterday I talked to a well-known medical expert from Guangdong, and he explained why the Putian hospitals don’t have this problem: the hospitals usually react to medical disputes promptly. If the patients have reasonable grounds, they settle the matter with compensation quickly. If the patients are unreasonable, they hire someone to beat them up.

Medical professionals have become, in a way, punching bags for all kinds of social injustices, as Yang Zheng, a senior medial expert pointed out on his WeChat’s public account last year (via CN healthcare.com), explained:

“Most of the attackers are the accumulative result of social conflicts: [Most of the attackers are of] poor economic stand, have poor family relationships, lack social support, do not have religious beliefs, have certain kinds of personality problems, in addition to the pain of facing an illness that cannot be cured. Medical professionals end up as the ‘conduit’ of all the tremendous conflicts.”

Chen’s death has had a tremendous impact on the medical sector, which has suffered from serious brain drain. On May 7, hundreds of medical professionals and Guangzhou residents gathered at the city’s Hero Square to mourn him. Twitter user @Jiang Bo, who attended the vigil, pointed out that the fate of doctors and patients are intertwined: 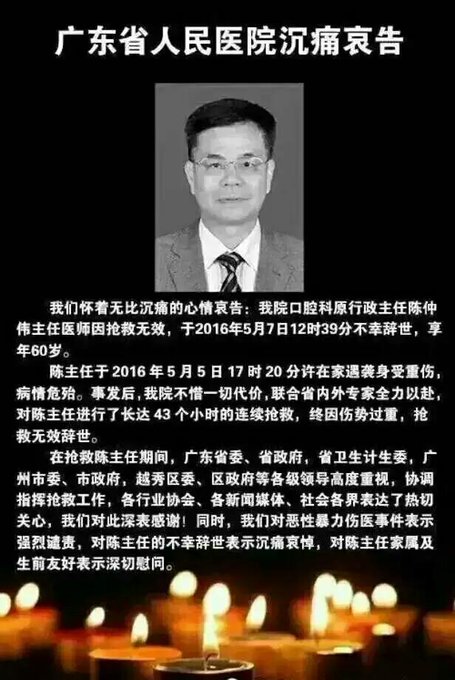 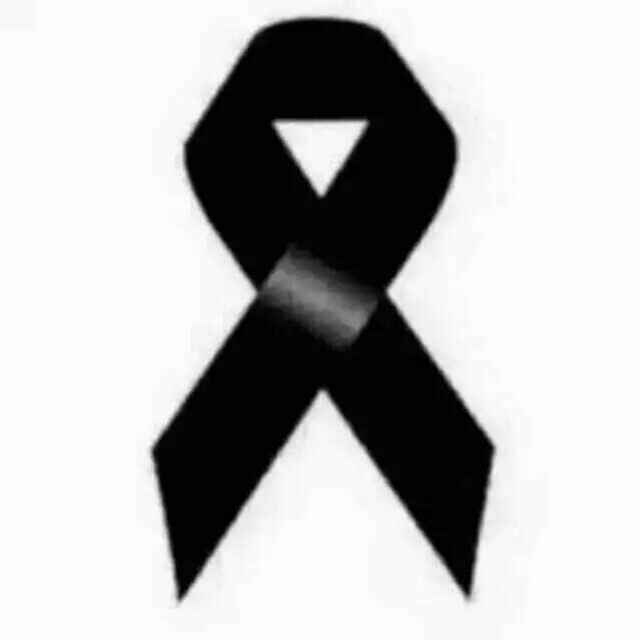 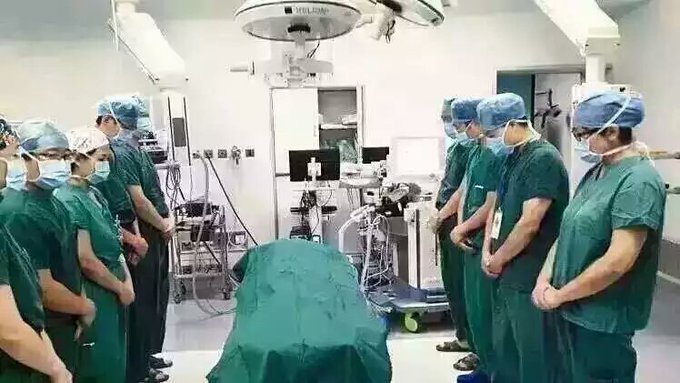 “You paid attention to Wei Zexi’s death, I mourned for Chen Zhongwei. You don’t see that when doctors become Chen Zhongwei, you all become Wei Zexi. Both are victims of the same set of problems.”

China: Phone Scams on the Rise, Conning People Out of Thousands

How Hillary Clinton Lied to the Public Throughout Her Political Career