Republicans see China as the number one threat to the United States while Democrats place China second behind Russia. (Image: via kremlin.ru CC BY 4.0)

While the extension of the Chinese presidential term limit certainly came as a shock for most, Putin’s re-election as the President of Russia wasn’t a surprise at all. Vladimir Putin cruised to victory, demonstrating his power in Russia, while the abolition of the term limit in China has ensured President Xi Jinping’s reign for however long he wishes. These rulers of two very important nations of the world will undeniably leave their impact. Whether it is for the good or bad, only time will tell.

Putin and the world

Putin started off rather aggressively at the President’s March State of the Nation Address (held before the election), highlighting Russia’s nuclear prowess and specifically targeting the U.S. Quite naturally, the term has begun with a lot of resentment toward Putin from the heads of other nations.

Russia is known to follow the principle of “realism” when it comes to international relations, and it holds the understanding that for Russia to gain, others have to lose. Additionally, under the “realism” frame of mind, for a nation to be considered powerful, it must have a strong and large military force. As a result, it also considers other nations to have a similar international outlook and will always perceive the world to be unstable and in pursuit of individual profits. In the international context, this instability is dangerous, as it leads to an atmosphere of constant tension and the possibility of confrontation. 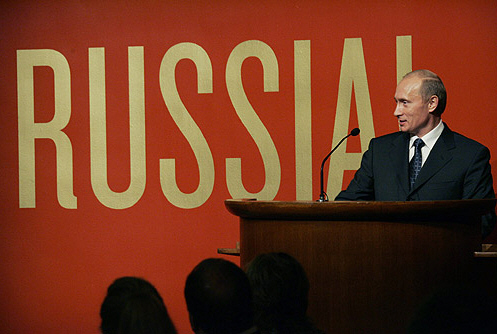 Russia is known to follow the principle of ‘realism’ when it comes to international relations, and it holds the understanding that for Russia to gain, others have to lose. (Image: kremlin.ru / CC0 1.0)

On the other hand, the West is still opposed to Putin when it comes to Syria and Ukraine, cyber attacks, and the recent poisoning of a Russian spy and his daughter, among other things. He is also accused of heading a corrupt dictatorship in Russia. This antagonism from the West may push Putin to strengthen Russia’s ties with India and China, as well as establish ties with Pakistan and Afghanistan. While balancing India and Pakistan may prove to be tricky, Russia will try and shake as many U.S. strategic partnerships in Asia as it can.

Additionally, Putin eagerly stepped into the trade market as soon as Trump withdrew from the Trans-Pacific Partnership (TPP), declaring that Moscow is open to Free Trade Agreements in Asia.

Just like Putin, President Xi Jinping has started his indefinite reign by announcing the supremacy of the Chinese State and that China will be the next superpower by 2050. This is a clear indication for all nations in Asia and the world that China considers itself to be first; similar to President Trump’s “America First” announcement.

Just like Putin, President Xi Jinping has started his indefinite reign by announcing the supremacy of the Chinese State and that China will be the next superpower by 2050.(Image: Antilong via wikimedia CC BY-SA 3.0)

Xi is modifying the Chinese perspective slowly and steadily by indoctrinating the “Xi Jinping Thought.” We have already seen the impact of this in China during the time of Mao Zedong and Deng Xiaoping. James McGregor, American author and China expert, opined that China is planning to fill in the vacuum created by the current U.S. administration and a chaotic Europe. Similar to Putin, Xi is taking advantage of the U.S. administration’s withdrawal from the TPP and is seeking to establish a similar deal with Asian countries without U.S. involvement.

Xi is also asserting China’s presence in the South China Sea by increasing the militarization of its islands and reefs and by expanding through land reclamation. These acts are a direct defiance of international decisions on the matter. China has struck down any opposition made by other countries in the region and has firmly opposed the U.S. freedom of navigation operation in the region.

Russia and China have strengthened their military ties and are working together to revamp their military, especially their navies. China’s One Belt One Road mission aims to expand its economic influence in Eurasia and Africa, with Russia playing a key role in the project. All of these moves are major and important, and quite simply, demonstrate the rise and rise of Putin and Xi. The rest of the world should remember that just like most trade agreements with the two, they do not turn out to be fair, and a world with their increased dominance and aggression will not be peaceful for very long.

The Pacific Ocean Takes the Hit