As Tesla Inc. hit their production target for Model 3 car, it also lost one of its best engineers just a few days before. (Image: Telsa )

As Tesla, Inc. hit their production target for the Model 3 car, it also lost one of its best engineers just a few days before. And to make matters worse, the production target seemed to have been achieved by pushing workers to extremes.

Doug Field, who was the chief vehicle engineer at Tesla, was on a leave of absence since May this year. And it is only during the company’s SEC filing that word got out that Field had left. “Tesla would like to thank Doug for his hard work over the years and for everything he has done for Tesla,” The Verge quotes the company statement. Field’s last day at work was recorded as June 26, 2018.

Before joining Tesla, Field was the Vice President at Apple’s Mac Hardware Engineering division. His stint at Tesla was anything but smooth. When Tesla missed the production target last quarter, Musk had reportedly pushed Field away to directly oversee the production of Model 3. 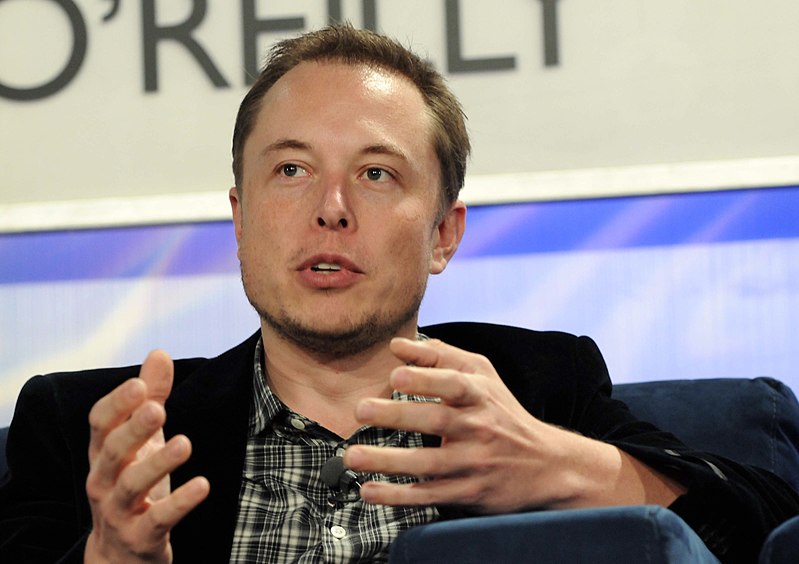 Elon Musk, the entrepreneurial co-founder of PayPal and founder of SpaceX and Tesla Motors. (Image: JD Lasica via flickr CC BY 2.0 )

As per reports, Tesla was only able to achieve the production goal a few hours after the quarter year ended. Nonetheless, the company is happy that it has at least achieved its target, though a tad bit late.

“The last 12 months were some of the most difficult in Tesla’s history, and we are incredibly proud of the whole Tesla team for achieving the 5,000 unit Model 3 production rate. It was not easy, but it was definitely worth it”, Forbes quotes a company statement.

However, market analysts are not too thrilled with the way Tesla achieved the production target. While an analyst at equity firm CFRA research stated that Tesla’s production rate is operationally unsustainable for the near future, analyst Gordon Bloom of Vertical Group was also pessimistic about the entire matter. He believes that Tesla is not at all ready for consistent production of 5,000 Model 3s every week.

Interior of the Tesla Model 3. (Image: Steve Jurvetson via flickr CC BY 2.0 )

Another concern raised by market experts is that Tesla seemed to have achieved production goals only by forcing its employees to work overtime.

“He [Musk] is going to go through an awful lot of people because people are going to start getting hurt left and right… There’s only so fast a person can move”, a worker says in an interview with CNBC.

Mandatory weekend shifts have been imposed on the production plant and employees are expected to work longer in order to meet the company’s production targets. The company has also taken back a policy that required the management to provide one-week prior notice before assigning weekend work to the employees.

With its chief vehicle engineer gone and the production target for the quarter only achieved by burning out employees, the path ahead for Tesla definitely does not look too smooth. And considering that the company has yet to prove whether it can consistently put out 5,000 cars a week under normal conditions, its plan to produce 6,000 cars per week looks like a bit of a stretch.

Facebook Admits to a Major Glitch That Unblocked Accounts