One country that got a large amount of media coverage during the FIFA World Cup 2018 is China. And unlike other nations that are in focus because of their performance in the World Cup matches, China is in focus for the opposite reason — for not having a team. And many are questioning as to why China, a major superpower and home to more than a billion people, are unable to muster a strong team for the World Cup.

The influence of the authoritarian government

One of the biggest reasons why the Chinese are having difficulty in putting up a good team is the government influence on the sport. Though the country’s football is said to be handled by the China Football Association (CFA), a non-governmental group, the truth is that the government still has a deep hold on the sport. And government interference can often end up harming the development of soccer because of the extreme nationalist protectionism they exert.

A case in point is the CFA’s ruling that limited the involvement of foreign players in Chinese football clubs to just three per match. The move is said to have been forced upon the CFA by the government, which does not wish too many foreigners to take positions in Chinese football. While such concerns may have some validity, the truth of any game is that you need to play and compete with the best if you hope to become the best. It’s as simple as that.

China’s national football team has spent a great deal of money, but has yet to produce a team that can enter the World Cup. (Image: pixabay / CC0 1.0)

By limiting the involvement of high-quality foreign players in matches, the government has effectively stopped Chinese footballers from competing against talented soccer players and developing their own skills in the process.

The dream of a nation

Despite not featuring in the World Cup, the Chinese are reportedly very excited about the event. As per statistics released by FIFA, Chinese football fans have bought more than 40,000 tickets for the matches, up from just 7,400 tickets in 2014. And it is not just the people, but the government is also said to be pushing forward a plan to make the country a global football superpower by the year 2050. This is largely due to the efforts of Chinese President Xi Jinping, who is admittedly a huge football fan and has three dreams in this regard — to watch China host the World Cup, qualify for it, and win it. 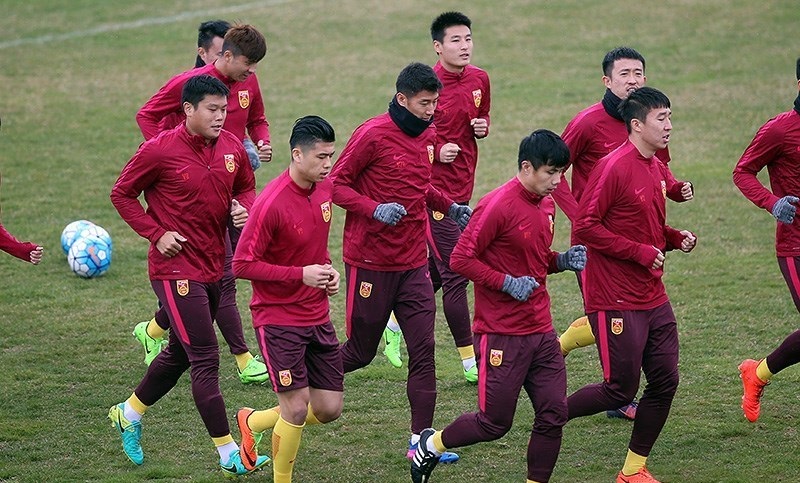 The China national football team in Tehran before 2018 WCQ game with Iran. (Image: via wikimedia CC BY 4.0)

Many football academies are springing up in China as interest in the sports grips the country. And with the proper effort, it is very much possible that a Chinese team will end up putting a strong performance in any of the next three World Cups. However, Xi better realize that his dream of China winning a World Cup cannot be achieved with a dictatorial government imposing itself on the football culture of the nation.

Researcher Pleads for Action Against Organ Harvesting in China