Dr. Fengshi Yang, a well-known composer, conductor, and pianist, has been holding a yearly memorial concert for the past three decades in remembrance of the June 4, 1989 incident in China. This year, she held the 30th Anniversary Memorial Concert in Chicago.

Yang has been holding a memorial concert every year since 1989. She was among the lucky Chinese students in the late 1980s who gained a U.S. residence card for the purpose of asylum as a result of the June 4th incident in China.

Yang is well known for her persistent, dedicated, yet compassionate character, loyal to the eternal cause of her mission.

“The Tiananmen June 4th Massacre has left deep cultural wounds in China. This massacre has created irreparable tragedy for thousands of families who have endured events similar to what I have experienced,” Yang said.

In essence Dr. Fengshi Yang, for the past 30 years, has tried to sooth those deep wounds by holding the memorial concerts.

In memory of the June 4 incident

“Today, we assemble here to remember the Tiananmen June 4th. I dedicate this piece to all those who sacrificed their lives for a free China and for all who endured crushing personal costs for the sake of justice and liberty. We especially remember the Tiananmen Mothers who lost their precious children and other loved ones 30 years ago. We pray that one day all separated families will reunite in a shining free Eternal Spring,” Yang told the audience before opening the concert.

According to experts and those who value her work, Yang’s “concerts have enhanced understanding and appreciation of people’s differences, and won excellent acclamations from local communities throughout Chicagoland.” 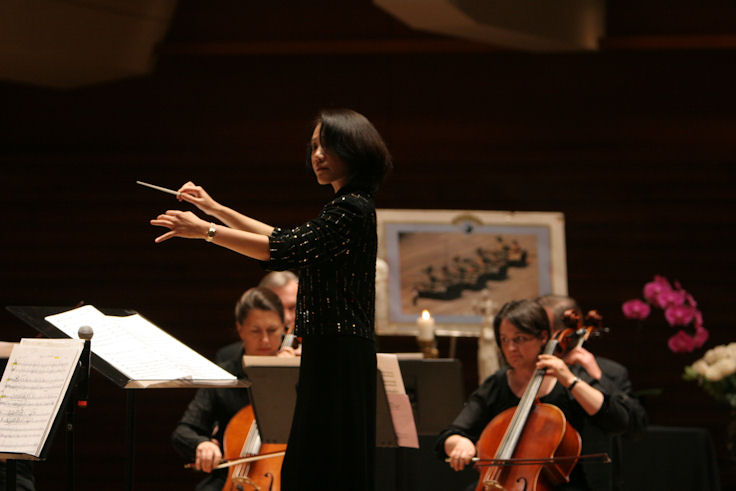 Dr. Fengshi Yang, a well-known composer, conductor, and pianist, has been holding a yearly memorial concert for the past three decades. (Image: EmwMusicArts)

Yang’s mission has always been to build a cultural bridge between “East and West” and to create an environment where “East Meets West.”

Those who know her work will attest to their heart-touching, mind-opening, and breathtaking qualities.

Not only is her music heartwarming, but also her entire story. She had to give up her home in China due to the way China dealt with dissidents and Chinese residents who were more in line with Western and universal values than those propagated and instilled in China by the ruling Communist Party.

Sacrifice to the lotus of dedication

Anyone who has ever signed up to something they were dedicated to knows the challenges faced along the way to validate that determination, especially when it is not self-centered but focused on benefiting others.

The pinnacle of endurance for most people is maintaining a steady dedication toward study at school or the few years it takes to graduate from college or university. But imagine taking that path every day and week for the next 30 years. Most of us lack the imagination to really imagine how much will-power, dedication, and sincere passion has to go into such an endeavor.

The tragic price of dedication

When her father passed away in her hometown of Shanghai on Christmas Eve of 2011, she had not seen him for 18 long years. What made his death even more challenging to endure was a request he made to her that Yang declined due to her responsibilities in Chicago and upholding her mission.

“Daughter, please just change your political view so you can come back to visit me. I do not have many years left. You are my youngest child. I miss you so much…,” my father once begged me, she said.

In order to visit her father, she would have had to jeopardize her mission in the U.S., a mission dedicated to the people in society and the entire world of classical music. Most other people may have crumbled under the weight of piety in regard to her father’s wish. But Yang’s mission is dedicated to more than just herself or her relatives; therefore, she chose to continue and was not able to abide by her dying father’s request.

“His words were like a sharp knife stuck in my heart. The pain has been excruciating ever since. How could I not miss him? How could I not want to visit him? He is the one who brought me into the world of classical music. He is my very first music teacher. He taught me music theory, composition and piano when I was very little,” Yang stated.

Refusing her father’s wish did not come easily and the price she has had to forbear has not been a cheap one. But her selfless cause seems to be what makes it worthwhile.

Yang told herself over and over again: “I am so sorry, father. I cannot change my mind. Because I love the people of China, I love that ancient beautiful land that gave birth to me. And father, I love you so much that if people such as me were to abandon their principles and bow down to the totalitarian killing regime, then China, as a country, will never change. Our children and our grandchildren would forever live without freedom.” 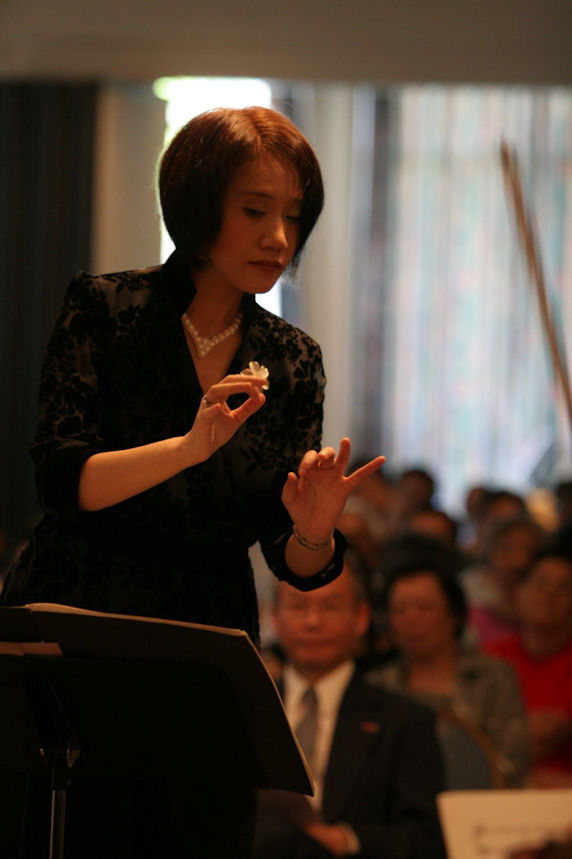 Yang’s mission has always been to build a cultural bridge between ‘East and West,’ and to create an environment where ‘East Meets West.’

Two years ago, she received a letter from her father’s brother, who sent her a very short manuscript of music that her father had left behind. From the little treasure that her father left his daughter, who lived across the ocean, a beautiful musical and lyrical piece was born.

“That has become my only tangible treasure with which I can remember him. His short manuscript inspired me to write Eternal Spring. ”

The following are the lyrics Yang spoke at the opening of the 30th Anniversary Memorial Concert in Chicago. It is dedicated to “the memory of Tiananmen Mothers who lost their precious children and other loved ones 30 years ago.” But also to the hope that “one day all separated families will reunite in a shining free Eternal Spring.”

Eyes to heaven, I’m searching for you,
Nearing the ocean, I’m calling for you.
The clouds in the wind, reflections in the sea,
Only your lonely song left to accompany a broken-hearted me.

Eyes to heaven, I’m searching for you,
Nearing the ocean, I’m calling for you.
The ruthless winters, torments of parting,
Yet one day we’ll reunite in Eternal Spring.

Watch the video of the Tiananmen June 4 30th Anniversary Memorial Concert in Chicago:

Malnutrition Is Putting 600,000 Young Lives at Risk in Afghanistan