The ancients believed that the 5-tone musical system (the palace, the merchant, the horn, the sign, and the feather) had a corresponding connection with the five internal organs (spleen, lung, liver, heart, and kidneys). (Image: Epoch Times)

The music that you listen to has an effect on your health. Positive sounds from soft music have healing powers to harmonize the body and mind.

An American woman, Edith Zook at 83 years old, suffered from an irregular heartbeat that caused her to faint suddenly. On January 15, 2006, Zook underwent cardiac surgery in Urbana, Illinois. During the surgery, a harpist played Pachelbel’s Canon in D Major using this classical music for adjuvant treatment. Zook’s doctor, Abraham Kocheril, had discovered that the music from the vibration frequency of the harp can effectively adjust the rhythm of the heartbeat. Sure enough, Zook’s heart rate dropped and became regular.

Some patients who do not respond to all kinds of different stimulation are found to respond to music. This is because the sensitivity of the body’s nerves toward music and pain are the same, hence, doctors use music to alleviate the pain of childbirth and dental treatment and also eliminate the symptoms of cancer and the side effects of cancer treatment. 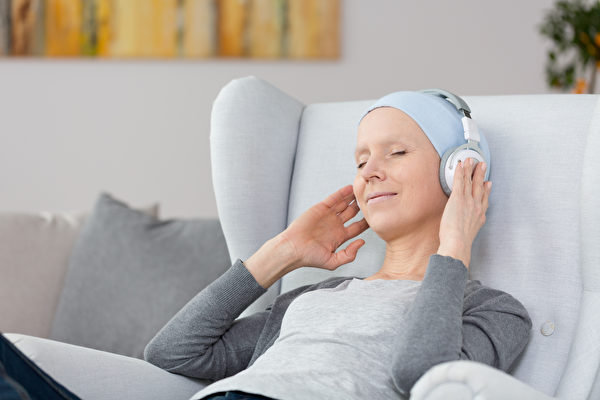 Studies have confirmed that music therapy can help to improve the heart rhythm of premature babies, improve their diet and sleep, as well as help patients with strokes and brain damage restore their language abilities. (Image: Epoch Times)

All these are in line with the Chinese ancients’ understanding of music. The ancients realized that traditional music has the power to purify the soul, adjust the body and mind, as well as maintain health and cure sickness.

Chinese music uses the 5-tone musical system — the palace, merchant, horn, levy, and feather — which are equivalent to do-re-me-sol-la of Western music. These correspond to the five internal organs of the human body — the spleen, lung, liver, heart, and kidneys. These, in turn, correspond to the “five emotions” — thinking, sadness, anger, joy, and fear.

When talking specifically about Chinese classical music, positive effects have been observed in people who practice it or listen to it. (Image: IQRemix from Canada via flickr CC BY-SA 2.0)

However, not all music is good for your health. Modern music — such as heavy metal music, hip hop, and punk music — are found not to be helpful to human health. Russian medical scientist Vladimir N Anisimov surveyed 8,775 musicians in 2014 and found that rock musicians have the shortest lifespan, with men and women averaging 43.6 years and 37.6 years respectively. On the other hand, among the five occupations with life spans up to 90 years old, four of them were taken up by classical musicians — namely, harpists, composers, violinists, and cellists.

Research at the University of California at Berkeley also confirmed that people who engaged in or listened to heavy metal and hip hop music have the shortest life span among their American counterparts.

Congee Has Been a Part of Chinese Culinary Culture for Years