Recently, Yan Hua, the ex-wife of Liu Haosheng, Huaweiâ€™s representative in Australia and the former Huawei Indonesian CEO, told The Epoch Times that Huawei is taking steps to manipulate foreign governments on behalf of the Chinese Communist Party (CCP) and described how this is taking place. By using cooperation with foreign communications and telecommunications companies, Huawei applies principles of profit maximization to foreign governments to control them by driving their levels of output.

Yan Hua explained that to the best of her knowledge, Huawei CEO Ren Zhengfei asked Huawei’s representative offices in different countries to get involved with relationships within the host countries, especially the key relationship between the companies and the heads of state, so that Huawei top-level staff can cooperate with the CCP to carry out its influencing policies.

She revealed an example that took place in Europe when the King of Belgium, Philippe LÃ©opold Louis Marie, visited China in June 2015. According to Yan Hua, Huawei made a lot of effort behind the scenes to gain control over the royal visit. The King was invited to visit Huawei’s headquarters in Shenzhen and met Ren Zhengfei. On the surface, this appeared to be due to the governmental and national level relationship between Belgium and China, when it was in fact managed by Huawei. 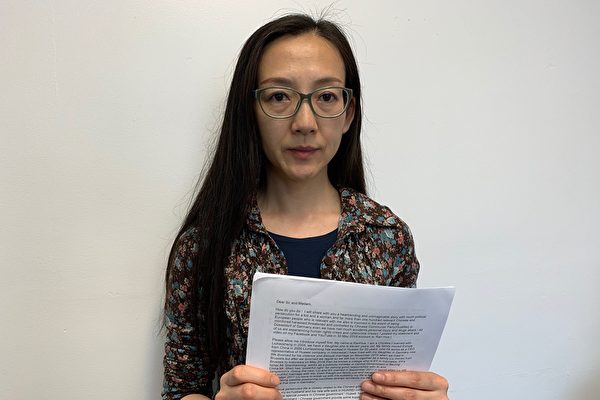 Shortly after this meeting, the first Huawei customer service store with integrated service and sales opened on November 12th, 2015, in Belgiumâ€™s capital Brussels. Yan Hua said that the owner of the Huawei store is an overseas pro-communist Chinese who has a profound relationship with the Chinese Embassy and Chinese Consulate.

Huawei has rapidly expanded its overseas market. As part of the strategic deployment of the CCP, Huawei has helped the Party develop its relationships with foreign politicians and infiltrate foreign governments. Huawei is also suspected of sending money and benefits to senior politicians in foreign countries.

Yan Hua said that in May 2016, Liu Haosheng was transferred over a Huawei representative in Indonesia. With more than 264 million people, Indonesia has the fourth largest population in the world, but most telecommunications companies there rely on foreign equipment. In July 2017, Mr. Yao, the account manager of Indonesia Telecom, and Liu Haosheng met to discuss the Telkom contract.Â  They also discussed how to leverage the Indonesian government spokesperson, Luhut Binsar Pandjaitan, and his group as well as the Minister of Communications, the Indonesian Telkom CEO, and other relevant personnel.

Luhut Binsar Pandjaitan has a special relationship with the Chinese government. In April 2019, according to sydneytoday.com, Luhut is one of the most influential members of current President Joko Widodoâ€™s Cabinet. Luhut has always played a key role in coordinating bilateral cooperation with China on behalf of Indonesia, either in his past role as the Coordinating Minister of Political, Legal, and Security Affairs or in his current role as Coordinating Minister of Maritime Affairs.

Huawei: supported by the CCP

On September 22, 2009, the CCPâ€™s state-controlled Xinhua News Agency reported that the China Development Bank (CDB) in Beijing signed a renewed strategic cooperation agreement with Huawei to increase the cooperation quota to US$30 billion dollars. The shares of CDB are held by the Ministry of Finance of the People’s Republic of China and the State Administration of Foreign Exchange. The CDB has provided Huawei with significant funding and low-interest loans for many years. Therefore, by undercutting the cost of development, Huawei was able to grab the overseas communications market share and achieved rapid expansion.

The CDB has provided Huawei with significant funding and low-interest loans for many years. (Image: Baycrest via wikimedia CC BY-SA 2.5)

Huawei also helps overseas operators obtain loans from CDB that have a lower interest rate than other banks. If the operator subsequently goes bankrupt, they do not need to repay the loan from CDB. Operators who choose to use Huawei equipment are not bearing any financial risks or worries; that equates to the practice of disguised bribery for foreign telecom operators. Yan Hua said that Huawei has also done this in Belgium.

Everyone knows that there is no such thing as a free lunch, including from Huawei. As well as being concerned over Huawei grabbing the market share, many overseas countries are questioning if Huaweiâ€™s low-cost competition network is really a front for covert CCP espionage, such as eavesdropping on secrets in peacetime or disrupting networks in wartime. Huawei subtly enables the CCP to achieve its ambition to control, monitor, infiltrate, and erode the world with digital technology.

On May 26, 2019, the embattled Yan Hua used Facebook to publish her report letter to the German government. She said in the letter: “The CCP can control all Chinese companies in China and overseas. The CCP can control all Chinese living in China as well as overseas Chinese and Chinese diplomats in the German consulate.” Suffering under cyber-surveillanceÂ â€” including hacking, harassment, threats, and persecution from the CCP via HuaweiÂ â€” Yan Hua decided to disclose these inside facts to the international community and seek protection from the CCP.

President to Prisoner: The Downfall of Meng Hongwei

From the award-winning director of â€œTibet: Beyond Fearâ€, Free China: The Courage to Believe, examines the widespread human rights violations in China through the remarkable and uplifting stories of Jennifer Zeng, a mother and former Communist Party member, and Dr. Charles Lee, a Chinese American businessman, who along with hundreds of thousands of peaceful citizens are imprisoned, tortured and even killed for their organs.