In 1999, China was entering a period of unprecedented economic growth. Yet for tens of millions of upstanding Chinese citizens, awaiting them in the 21st century was one of the most harrowing episodes of political terror in modern history.

This July 20 marks the 20th year since the Chinese Communist Party (CCP) began its relentless and ongoing campaign against the traditional spiritual practice of Falun Gong. Virtually unrestricted in scope, the repression has since seen countless people jailed, tortured, humiliated, and murdered for their faith. Since 2006, human rights investigators have produced mounting evidence showing that the Chinese regime targets prisoners of conscience, the bulk of them Falun Gong practitioners, to be harvested and killed for their organs.

Though Falun Gong’s plight has gone largely underreported over last two decades, tectonic shifts in the U.S. government’s policies toward China, including a growing ideological dimension to the diplomatic clashes between the two world powers, are driving China’s human rights, in particular the persecution of faith by the CCP, to occupy center stage. 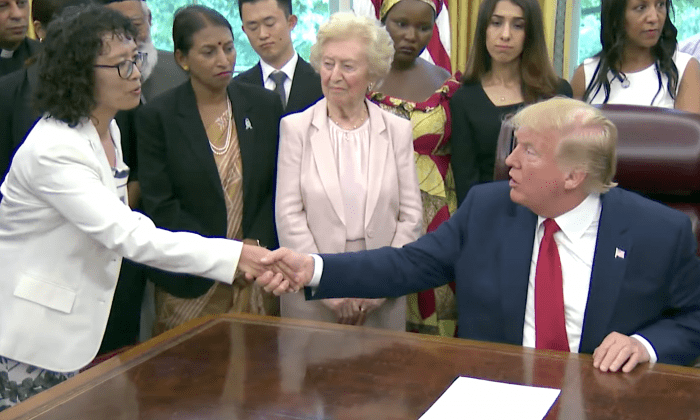 “In China, the government’s intense persecution of many faiths — Falun Gong practitioners, Christians, and Tibetan Buddhists among them — is the norm,” U.S. Secretary of State Mike Pompeo said on June 21.

Earlier, on March 8, U.S. Ambassador for Religious Freedom Sam Brownback singled out the CCP’s crimes of organ harvesting and torture for condemnation. “Data from brave persistent researchers raise concerning questions regarding the organ transplantation system in China, with voluntary donations unable to meet the demand. This is a truly horrifying prospect.”

The war on truthfulness, compassion, and tolerance

A qigong discipline rooted in ancient Chinese beliefs, Falun Gong was first taught in 1992. Adherents practice five sets of meditation exercises, and strive for moral improvement according to its core teachings of Truthfulness, Compassion, and Tolerance. A 1999 Chinese government estimate put the number of Falun Gong practitioners at 100 million, with both ordinary Chinese and Party members taking up and lauding the practice.

But as Falun Gong spread, hardline figures in the Communist Party grew uneasy. In 1998, the Chinese security services began to harass practitioners and restrict their activities. The next year, then-Party leader Jiang Zemin and a handful of subordinates made preparations to destroy Falun Gong outright.

On July 20, the first mass arrests were carried out across the country; Falun Gong was banned two days later. Labeled enemies of the Party’s atheist Marxism, Falun Gong adherents around China found themselves thrown in prison, slandered by the state media, and outcast from society.

Hundreds of thousands of practitioners staged peaceful appeals in hopes of convincing their leaders to change their ways. Photos from Tiananmen Square in Beijing show Falun Gong adherents unfurling banners bearing the Chinese characters for “Falun Dafa is good,” or “Truthfulness, Compassion, Tolerance,” as police rushed to arrest them. 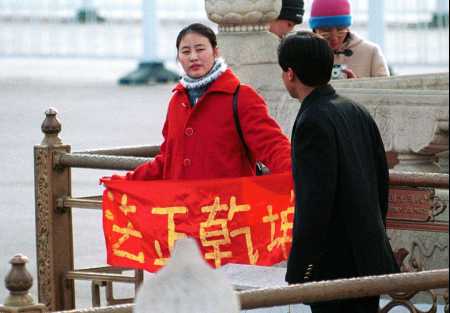 Over time, the severity and thoroughness of the anti-Falun Gong campaign drove these voices underground. A battle of attrition set in, with the Communist Party devoting billions to reinforce the Chinese police state against its own people. Jiang promoted and favored officials largely based on their willingness to carry out political repression, both cementing his personal power and fostering extreme corruption. Reformers were sidelined, and their efforts to help China transition to greater economic liberalization were abandoned.

Despite the scale and impact of the persecution, media coverage and public concern rarely went beyond the sporadic mention of Falun Gong. Many China scholars, wary of their careers in the face of communist pressure, or in some cases influenced by Beijing’s “united front” operations, avoided the topic altogether.

But as of late, Falun Gong practitioners’ continued and expanded efforts to demonstrate and speak out for their faith are being joined by a U.S. government that has been stepping up pressure on Beijing from multiple angles.

As the possibility of a trade deal dims, Trump administration’s diplomacy is assuming an increasingly ideological character, highlighting the irreconcilable differences between U.S. human rights and rule of law, and the CCP’s repressive authoritarianism.

At the G-20 Summit held in Osaka, Japan, Chinese president Xi Jinping met with Doanld Trump, where they stated their intent to carry on trade talks. However, like in early May, when previous negotiations had broken down, the ideological and institutional inertia of the CCP has proven to be an insurmountable stumbling block for both Xi and Trump. 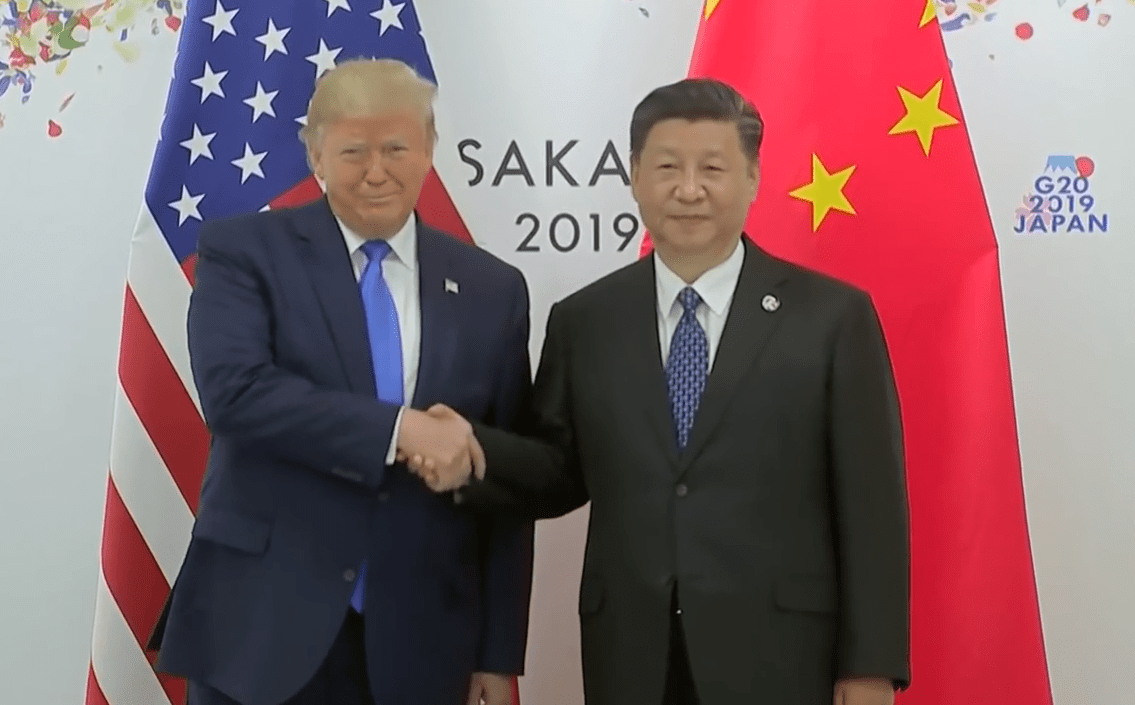 On July 17, while holding a White House gathering for 27 survivors of religious persecution around the world, President Trump met with Yuhua Zhang, a former university professor in eastern China who had been repeatedly imprisoned for persevering in her faith in Falun Gong.

Speaking to Trump, and later that day to the Second Ministerial to Advance Religious Freedom, Zhang talked about the suffering of her husband, Zhengyu Ma, who is also a Falun Gong practitioner. Ma, like his wife, was sentenced to seven years in prison. His current state is unknown.

Zhang expressed worries that her husband may no longer be alive.

In the last few years, the CCP has been intensifying its repression of religion and promotion of “red” ideology, earning it widespread condemnation for holding millions of Uyghur Muslims in concentration camps. However, Chinese political and business elites are vulnerable to sanctions and financial action by the U.S. government, as well as other international developments.

In June, as Hongkongers protested Beijing’s erosion of their city’s autonomous government and rule of law, many American politicians advocated reviewing Hong Kong’s eligibility for preferential economic treatment by the U.S. authorities. Shutting down Hong Kong as an international financial hub would have disastrous consequences for the Chinese financial system, and be particularly damaging for many CCP officials who hold assets in the former British colony. 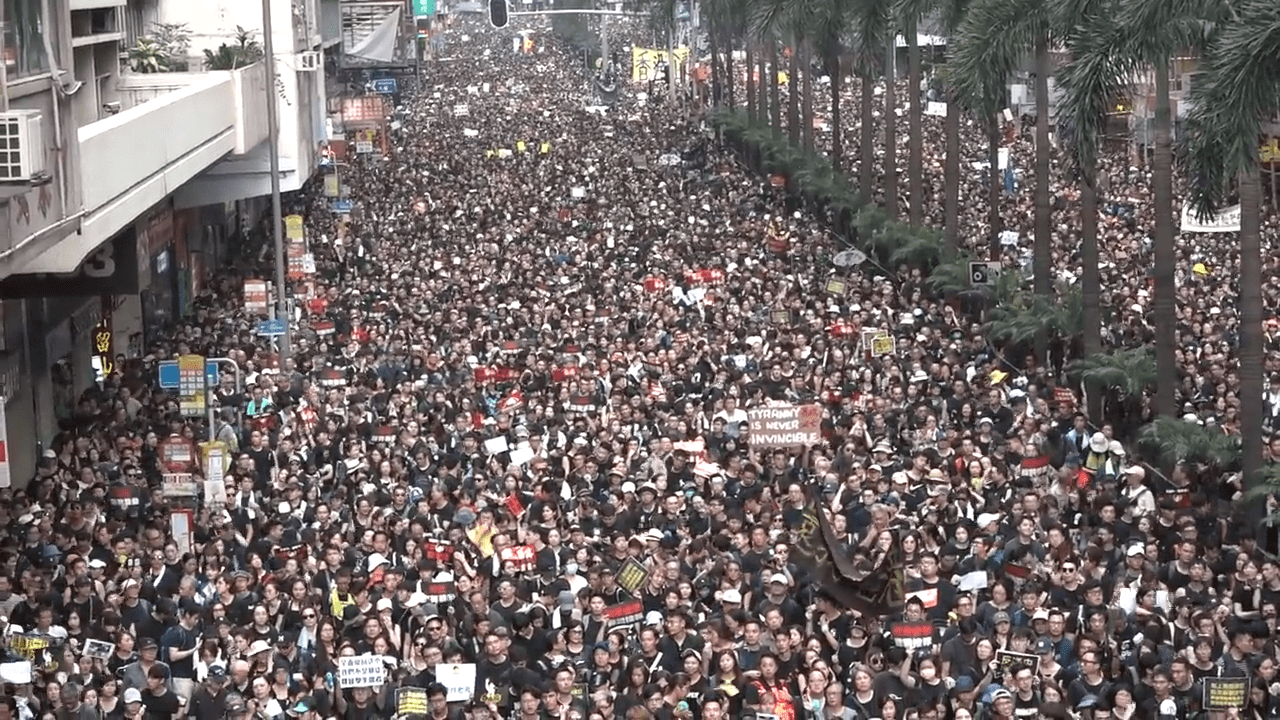 The recent protests by Hongkongers have shaken Beijing, making them realize that people are not just going to sit on the sidelines while the Chinese government takes control of the city. (Image: Screenshot / YouTube)

Chinese Reporter in Japan Attempts Suicide After Being Heaped With Online Abuse for Shedding Tears at
Behind the Timing of Didi Global’s $1.2-billion Fine
Chinese ‘Tuidang’ Movement Counts 400 Million People Who Have Renounced Communism
Shanghai Man Left Homeless After Being Confined to COVID Quarantine Camp for 42 Days
Residents in China’s Henan Province Lose Access to Bank Accounts, Face Off With Police