Despite a harsh life in Russia, Chiang Ching-kuo never gave up on the hope that one day he would return to China. Eventually, when the war between China and Japan was imminent in 1937, the shift in the international political climate allowed him to return to China as Stalin hoped to form an anti-Japanese alliance with Chiang’s father, Chiang Kai-shek.

After returning to China, his father requested him to reacquaint himself with the Chinese classics so that the Communist culture and ideology could be cleansed from his mind. He re-read the Chinese classical books — Zengwen Zhenggong Family Letters, Complete Works of Wang Yangming, and The Teachings of Sun Yat-sen. He was also asked to recount his life in the Soviet Union in his memoir, Twelve Years in the Land of Snow and Ice. 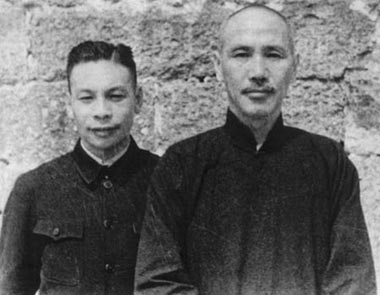 After China fell into the hands of the Chinese Communist Party (CCP) in 1949, Chiang Kai-shek moved the government of the Republic of China to Taiwan, which was challenged with a battered economy and a military threat from CCP. Chiang Ching-kuo was given various roles with principal functions to stabilize the situation. He led the intelligence bureau, established a political warfare school and the China Youth Anti-Communist National Salvation Corps. He focused on educating the general public’s political knowledge against the infiltration of Communism ideology. When he was the director of a central cadre school, his subordinates called him Director of Education. Even after he became one of the ministers and later the Prime Minister, he was still used to be called the Director of Education as he truly enjoyed the profession of education.

As Chiang Ching-kuo rose to high profile positions as important as the Minister of Defence and Prime Minister, his father continued to mentor him as his superior and as a father. His father advised him to associate himself with people with integrity and stay away from people with ulterior motives. To prepare to be a great leader, his also read more Chinese classics — The Four Books and Zhengguan Zhengyao (The Political Program in Zhenguan Times), specifically to memorize the chapters on the Forms of Government and the Appointment of Officials; to study the words and deeds of Confucius, and the interactions between Emperor Tang Taizong and his court officials, as well as the principles of ruling a country. 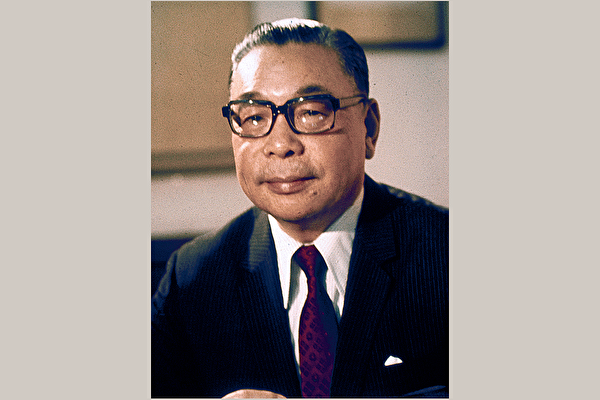 These classics deeply influenced Chiang Ching-kuo’s political views and his choice of government officials. He appointed a group of exceptional officials who played critical roles in advancing Taiwan’s economy to the top of the four most developed countries in Asia, also called the “Four Little Dragons.”

During the cold war, Taiwan maintained its sovereignty amid the escalating geopolitical tensions between the Soviet Union and the United States with its allies after World War II. On April 5, 1975, President Chiang Kai-shek died from an illness and the responsibility fell on Chiang Ching-kuo. In his book, The Dairy of One Month Waiting for My Father’s Spirit, he described the process of inheriting his father’s anti-Communist stance.

“Sitting by my father’s memorial after taking an afternoon nap, I remember that my father led the country to fight against the Communist Party, and strived to implement the Three Principles of the People (Nationalism, Democracy, and Livelihood of the People) in China. In my 50-year political career, I deeply understand that the Communist Party is an evil devil, a murderer, and a separatist who employed the extremes of all tactics — threats, seductions, and deceptions to lure people. Young people and the poor are particularly vulnerable to such tactics, and once fooled and trapped (by the Communists), they would not be able to break free.” 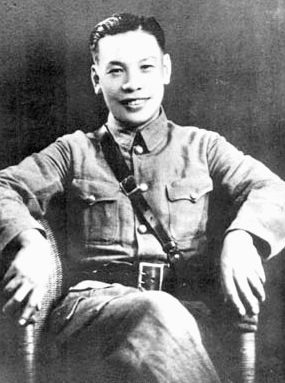 Chiang Ching-kuo took a picture when he was the Commissioner and County Chief of the Fourth District of Jiangxi Province, March. (Image: Public Domain)

Chiang Ching-kuo was unanimously elected to be the Chairman of the Central Committee and the Chairman of the Chinese Nationalist Party in November of the same year. During that period, many inspired young people joined the Nationalist Party to serve the country. Chiang Ching-kuo knew that the CCP was shifty and dishonest, and could easily victimize the young and inexperienced people; therefore, he repeatedly shared the lessons learned from the previous collaborations between the Nationalist Party and the Chinese Communist Party. As the chief executive, he reminded the National Assembly in several of his reports that “the goal of anti-communist and reunification of China will never change” and “exposing the scheme of the Communist Party behind the peace talks.” He emphasized that Taiwan was a free land that had become the hope of the mainland people and was a guiding light for anti-communism and anti-violence forces.

To warn the Nationalist Party from repeating past mistakes and to never compromise with the Communists under any circumstances, as well as to enforce the anti-communist policy, he gave many speeches in the Central Committee, including, “Recognize the Scam of the Communists and Bandits,” “Hold Fast the Anti-Communist Fortress,” and “Stress the Independence, Existence, and Development of the Nationalist Party.” 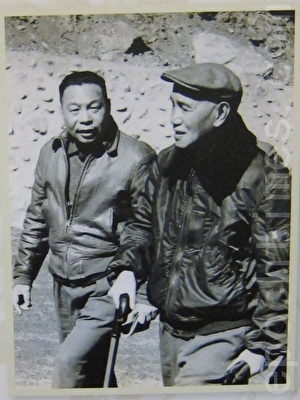 Chiang Ching-kuo stated: “To this day, the reason for the survival of the Republic of China, having a promising future, being hopeful and confident, is mainly because the Government of the Republic of China is a spiritual fortress for all the people in the world who oppose the Communist Party and does not compromise with any Communist Party.” He urged that all party members enforce this policy.

After 1978, Chiang Ching-kuo was elected President of Taiwan for two terms until he died on January 13, 1988. 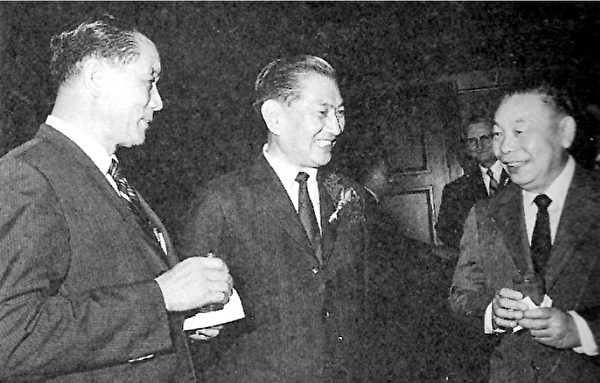 Minister of Economy of the People’s Republic of China Sun Yunxun (left), President of the Executive Yuan Chiang Ching-kuo (right), and Sinosteel General Manager Zhao Yaodong (middle) at the establishment of Sinosteel. (Image: Courtesy of Open)

Translated by Chua BC and edited by Angela