Home US FBI Involved in American Airlines UFO Sighting
US 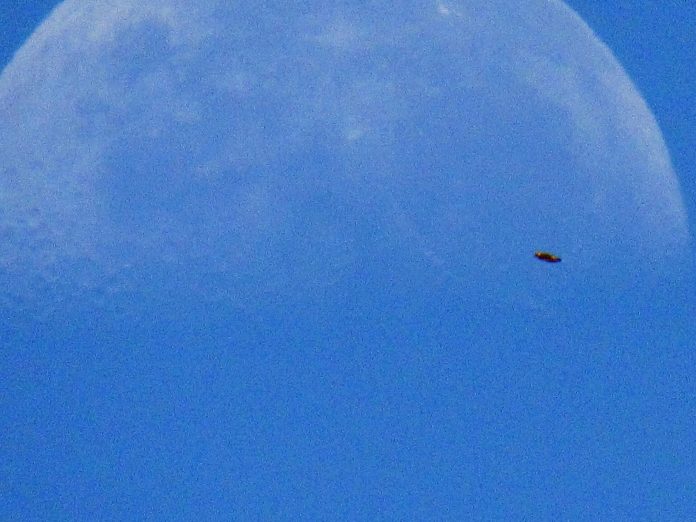 In a radio transmission posted on the Deep Black Horizon blog of chief photojournalist Steve Douglass for ABC7 News, the pilot reported, “Do you have any targets up here? We just had something go right over the top of us. I hate to say this, but it looked like a long cylindrical object that almost looked like a cruise missile type of thing – moving really fast right over the top of us.”

Fox News received confirmation from AA spokesperson Frank Connor over email that the radio transmission was authentic. The FBI confirmed they are “aware of” the incident but have not revealed whether an investigation has been initiated.

Connor added, “While our policy is to neither confirm nor deny investigations, the FBI works continuously with our federal, state, local, and tribal partners to share intelligence and protect the public. Anyone who is aware of suspicious or criminal activity should contact their local law enforcement agency or the FBI.”

Thousands of UFO sightings are reported every year, with evidence of incidents dating back to 1892 in China. Given the recent release of U.S. Defense Intelligence Agency (DIA) documents with declassified UFO material documentation and analysis, which fulfilled a Freedom of Information Act (FOIA) request by researcher Anthony Bragalia, many reported sightings to merit serious consideration.

The well-documented history of UFO sightings

Many have felt that evidence of unidentified flying objects (UFOs) and even extraterrestrial (ET) life has existed for over half a century. According to a Dec. 2020 speech by the former head of Israel’s Defense Ministry’s space directorate, Haim Eshed, cooperation agreements have been signed between humans and extraterrestrials, including a deal between the U.S. government and ETs for the ETs to conduct experiments on Earth.

Eshed notes that government officials have been wary of creating “mass hysteria” by revealing information and that a “galactic federation” of ETs “have been waiting until today for humanity to develop and reach a stage where we will understand, in general, what space and spaceships are.”

In Apr. 2020, the U.S. Department of Defense declassified three UFO videos taken by U.S. Navy pilots in 2004 and 2015. The Pentagon stated that they intended to “clear up any misconceptions by the public on whether or not the footage that has been circulating was real, or whether or not there is more to the videos.” The U.S. Navy confirmed that these videos were authentic, and the Pentagon added that the “aerial phenomena” were still characterized as “unidentified.”

The U.S. Air Force has a longstanding interest in UFOs, as evidenced by a collection of 12,618 sightings between 1947 and 1969 reported to Project Blue Book. While no explicit evidence of ETs was reported, 701 sightings remain “unidentified.”

After a long hiatus in formal UFO data collection, the U.S. Navy announced in 2019 that it was drafting new guidelines for pilots and other personnel to report UFO encounters. The impetus for these guidelines was, according to the Navy, that there “have been a number of reports of unauthorized and/or unidentified aircraft entering various military-controlled ranges and designated air space in recent years.”

As more UFO sightings continue to surface, U.S. organizations will likely conduct investigations such as those detailed in the Pentagon’s declassified UFO documents. New developments will undoubtedly continue to feed discussions in the public sector regarding extraterrestrial life.

Previous articleWhat Was China’s Role in the Myanmar Coup?
Next articleFreedom House: Beijing’s Worldwide Campaign of Repression Is ‘Unparalleled’