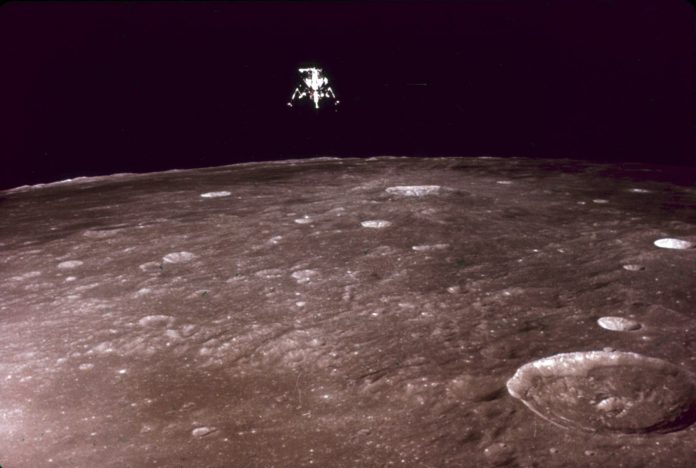 Many cultures from all over the world depict legends of nations that avoided complete extinction due to a man-made or natural global catastrophe. In the ancient Biblical story, at the time of the great flood, Noah was chosen to preserve life. Today, scientists are considering building a ‘Noah’s Ark’ in space.

The ark is to be built on the closest planet to earth, the Moon. In the event of a disaster, it could protect lifeforms from total annihilation.

The concept comes from a group of researchers at the University of Arizona, whose lead engineer, Jekan Thanga, recently presented the idea at a meeting of experts from NASA.

Potential threats to the earth’s biodiversity include global nuclear war, supervolcanic eruption, climate change, global storm, pandemic, global solar storm, and asteroid impact. In the event of any of these phenomena, a large number of species could be lost.

Thanga explained that the ‘moon ark’ will allow us to “hit a reset button” and could even bring back species that become extinct under such potential cataclysms. He stated that the moon would be an excellent choice for building such an ark since it would not be not susceptible to changes in weather patterns like on earth. Thanga added that structures that are built deep underground on the moon may be used to preserve existing lifeforms for a very long time.

The plan estimates for the ark to hold spores, sperm, and eggs of around 6.7 million species. The proposal comes as the Svalbard Global Seed Vault in Norway, which preserves many seeds from around the world, is already showing signs of weathering.

“There’s this strong interconnectedness between us and nature… We have a responsibility to be guardians of biodiversity and the means to preserve it…. I like to use the data analogy… It’s like copying your photos and documents from your computer onto a separate hard drive, so you have a backup if anything goes wrong,” Thanga told Live Science.

Many of the technologies needed to realize the project do not presently exist. Researchers are confident that the technology will be developed within the next three decades. The ark would be constructed inside the empty cavities and lava tunnels below the moon’s surface.

Ideally, robots would run the entire facility without the need for human intervention. Solar panels will cover the surface, which would provide the power required to run the necessary life-sustaining processes and organic samples would be cryogenically frozen.

“What amazes me about projects like this is that they make me feel like we are getting closer to becoming a space civilization, and to a not-very-distant future where humankind will have bases on the moon and Mars… Multidisciplinary projects are hard due to their complexity, but I think the same complexity is what makes them beautiful,” Álvaro Díaz-Flores Caminero, a University of Arizona doctoral student leading the thermal analysis for the project, said in a statement.

Launching an earth’s worth of organic samples into space would be a daunting task. According to the researchers’ calculations, the project would require about 250 rocket launches. The International Space Station alone took 40 rocket launches. NASA plans on sending civilians to the moon by 2024, and this mission could lay the foundation for future bases on the lunar surface.