On Aug. 9, U.S. health secretary Alex Azar arrived in Taiwan for a three-day visit, making him the most senior American official to visit the self-ruled island in four decades.

In a meeting the next day with Taiwan’s president Tsai Ing-wen, Azar praised the local response to the COVID-19 pandemic, saying that it was “a tribute to the open, transparent, democratic nature of Taiwan’s society and culture.”

The authoritarian Chinese Communist Party (CCP), which considers Taiwan as a breakaway territory of the People’s Republic of China (PRC), condemned Azar’s visit.

An hour before the Azar-Tsai meeting, PRC military aircraft crossed the midline point in the Taiwan Strait that separates the ROC from the mainland, before being tracked on radar and “driven out” by Taiwanese aircraft.

Taiwan, formally known as the Republic of China (ROC), does not maintain official diplomatic relations with the United States or any other major countries, having lost its U.N. seat to the communist regime of mainland China in 1971. 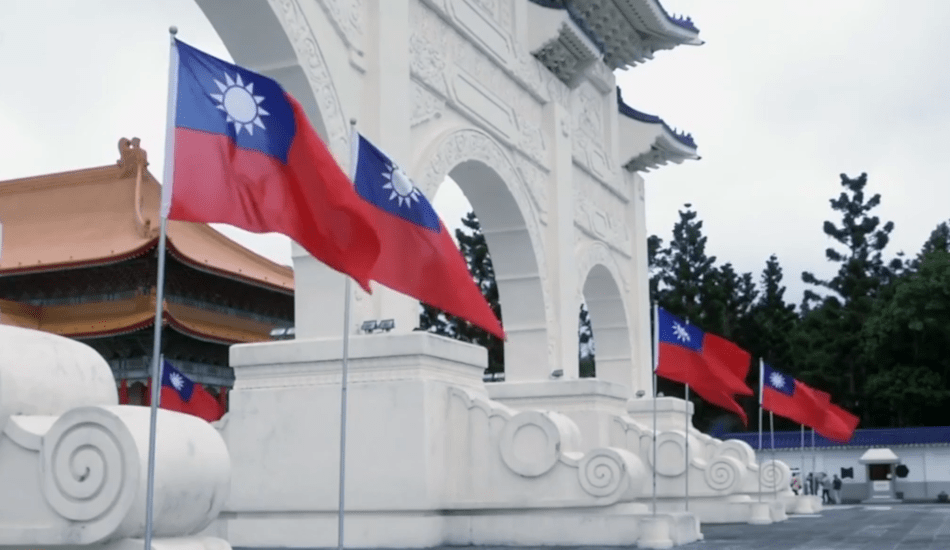 Taiwan was excluded by the UN due to its recognition of the PRC. (Image: Screenshot / YouTube)

The island’s situation grew more precarious with the economic rise of the PRC, as Beijing used its soft power to put greater diplomatic pressure on Taiwan and subject the ROC to extensive “united front” subversion tactics.

But in recent years, the United States has boosted Taiwan’s international standing and security through new defense sales, the passage of legislation strengthening relations between Taipei and Beijing, and rhetoric contrasting Taiwan’s democracy with the brutality of the CCP regime.

In a speech delivered at National Taiwan University (NTU), Secretary Azar praised Taiwan’s “model of excellence” in handling COVID-19, which originated in the Chinese city of Wuhan last December and led to a global pandemic following the CCP’s coverup of the initial outbreaks.

“Taiwan’s approach to combating the virus through openness, transparency, and cooperation stands in stark contrast to the country where the virus began. The Chinese Communist Party had the chance to warn the world and work with the world on battling the virus. But they chose not to, and the costs of that choice mount higher every day,” Azar said.

Relations between the United States and China have been deteriorating rapidly since mid-2019, when the CCP reneged on a nearly complete trade deal that was meant to resolve structural abuses in the Chinese economy and level the economic playing field by compelling the PRC to follow norms of international business.

The COVID-19 epidemic further wrecked cross-Pacific ties by asphyxiating supply chains, as well as because of the CCP’s malign attempts to use the pandemic to spread disinformation about the United States and advance a campaign of global influence. And the Party’s human rights abuses in Xinjiang and Hong Kong have led to strong condemnation from the free world.

While the Trump administration has stepped up its relationship with the ROC, the CCP has conducted an increasing number of military flights and navigations near or around Taiwan. Earlier this year, for example, the Chinese People’s Liberation Army (PLA) sent multiple flights of nuclear-capable H-6 bombers on “long-distance” exercises past Taiwan, and routed a pair of aircraft carriers and other warships in a circumnavigation exercise around the island.

However, it seems unlikely that the CCP is in any position to mount an invasion of Taiwan, which is easily defended from amphibious assault, and because of Washington’s increasing commitments to secure Taiwan’s defense.

In May, a hawkish Chinese retired general said in an interview with Hong Kong media that an attempted “reunification” of Taiwan with the PRC would only benefit America, and that the PRC should focus on economic recovery instead of waging a military conflict, which it would likely lose.

The Trump administration has been especially vocal in its support for Taiwan. In 2017, President Donald Trump placed a phone call to Tsai Ing-wen, which angered the CCP and drew some condemnation from observers who at the time feared the consequences that could result from the call.

In contrast with previous decades, the dynamic between the United States, Taiwan, and mainland China has taken a decidedly ideological turn.

In speeches on America’s China policy made in the Octobers of 2018 and 2019, U.S. Vice President Mike Pence praised Taiwan’s democratic model as “a better path for all the Chinese people.”

This January, Tsai was re-elected in a landslide victory against her pro-Beijing opponent, following a campaign that was deeply influenced by the concurrent democracy protests in Hong Kong. The CCP’s handling of the protest movement in the former British colony convinced many Taiwanese to vote for Tsai despite there being widespread dissatisfaction with her administration’s economic performance. 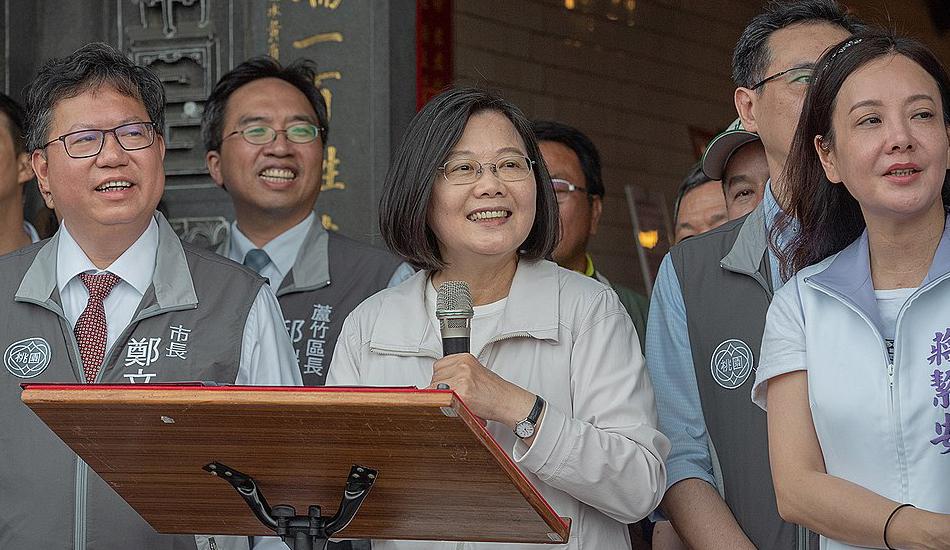 Tsai’s re-election was large part due to the growing wariness about communist China following the 2019 Hong Kong protests. (Image: Makoto Lin / Office of the President via wikimedia CC BY 2.0 )

Following her re-election, U.S. Secretary of State Mike Pompeo called Taiwan a “force for good.” Tsai also reacted to a diplomatic protest from Beijing by stating that Taiwan was a sovereign country called the Republic of China.

On Aug. 10, the U.S. Embassy in the PRC edited its official seal, changing the Chinese words “Beijing, China” to simply read “Beijing.”

On Aug. 12, Secretary Azar revealed that his talks in Taiwan touched upon a “bilateral trade arrangement,” but did not elaborate further. On the same day, Tsai Ing-wen disclosed in an online forum organized by the Hudson Institute and the Center for American Progress that she wants to start talks on a free-trade pact with the United States.

Young, Vaccinated and Boosted Canadian Reporter Appears to Collapse During Live Broadcast
Second ABC Producer Dies Suddenly
True Number of Chinese Pandemic Deaths in the Hundreds of Millions, Says Founder of Falun Gong
Understanding the Traditional Chinese Calendar in the Year of the Rabbit
Chateau Hathorn: A Charming Bed and Breakfast With Gorgeous Views of the NY Countryside
Master Li Hongzhi: Why There Is Mankind