Xi Jinping Warns the West Against a ‘New Cold War’ 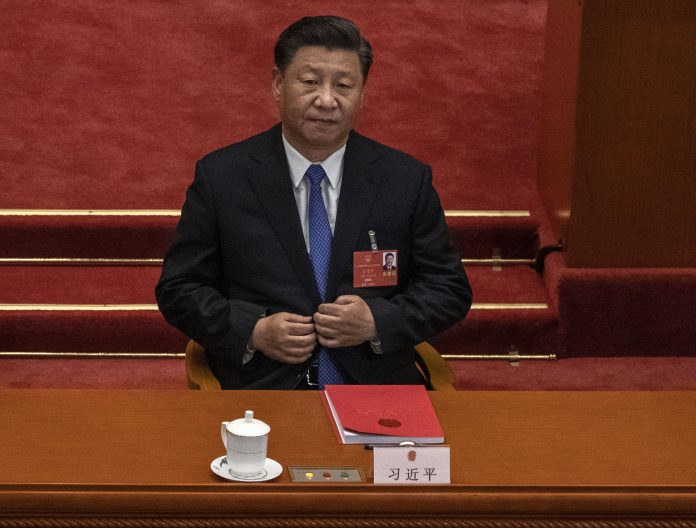 While speaking at the World Economic Forum in Davos, Chinese leader Xi Jinping warned the West of its “arrogant isolationism” and the possibility of a “new Cold War.” He also addressed the coronavirus pandemic and how Communist China would position itself after supposedly defeating the virus.

Xi avoided shouldering responsibility for the viral outbreak, while portraying the Chinese Communist Party (CCP) as having successfully contained the pandemic and rebuilt the Chinese economy. He called for a complete restructuring of the world economy aimed at “mutual benefit,” “peaceful coexistence,” and “win-win cooperation.”

The SARS-CoV-2 virus, which causes COVID-19, was first discovered in Wuhan, China, but the CCP suppressed news of the outbreak for weeks, which contributed to the pathogen spreading worldwide and killing millions.

Since 2018, when the Trump administration began the trade war with China, the U.S. and other countries have taken an increasingly tough stance on the CCP and its abuses, including the widespread persecution of religious minorities.

Xi defended the path taken by the CCP regime from a standpoint of mutual benefit, saying that sanctions placed on Chinese goods were disrupting the supply chain and pushing “the world into division and even confrontation.”

The Chinese leader dismissed claims that his country was stealing foreign technology and implementing unfair trade practices. Though Xi did not explicitly mention the US in his speech, the content was indirectly targeted at America and other allied Western powers.

Responding to Xi’s speech, the Biden administration indicated that it will continue with the Trump administration’s hard stance against China.

“The comments don’t change anything… Our approach on China remains what it has been for the last months, if not longer… What we’ve seen in the last few years is that China is growing more authoritarian at home and more assertive abroad, and Beijing is now challenging our security, prosperity, and values in significant ways that require a new US approach,” White House Press Secretary Jen Psaki said at a press briefing on Jan. 25.

China analyst Tang Jingyuan noted that Xi Jinping used condescending remarks during his Davos speech. That’s a big change from the conciliatory tone that the communist regime used when Trump was president. He believes this to be an indication that Beijing takes the Biden administration as a “weaker competitor.” By calling for multilateralism and projecting itself as a champion of international rule of law, Xi is looking to push away America from its dominant international position.

The idea that China will soon overtake the U.S. was also supported by CCP-run Global Times. In a recent article, the propaganda outlet predicted this outcome as long as there is no Cold War between the two countries. It claimed that the CCP virus will trigger an American decline over the next decade.

To support its claims, the article quoted a report by the UK-based Center for Economics and Business Research (CEBR), which says that the U.S. will only grow at the rate of 1.9 percent until 2024. Afterward, the growth rate will slow to 1.6 percent per annum. In contrast, China has been predicted to grow at an annual rate of 5.7 percent until 2025, after which the growth rate is expected to be 4.5 percent.

Chinese economic figures are notoriously skewed, with statistics widely falsified. Many Chinese scholars have questioned the official growth data, saying that China’s GDP changes could be stagnant or even negative.

Around 70 lawmakers from the G7 nations recently signed a joint letter asking the leaders of their governments to come together and take a tough stance against the People’s Republic of China in the upcoming June summit. The letter was addressed to France, United States, Italy, United Kingdom, Japan, Canada, and Germany. The letter is an effort spearheaded by U.S. Republican Senator Anthony Gonzalez and chairman of the Foreign Affairs Committee in Germany’s Bundestag Norbert Rottgen.

“China’s selective approach to international law and its aggressive foreign policy in the Indo-Pacific as well as increasingly on a global scale, are the main challenges to the international order… In order to achieve a joint China strategy of the Free World, we all have to compromise, knowing that the protection of the freedoms which the international system has at its core, is worth it,” Rottgen said in a statement.