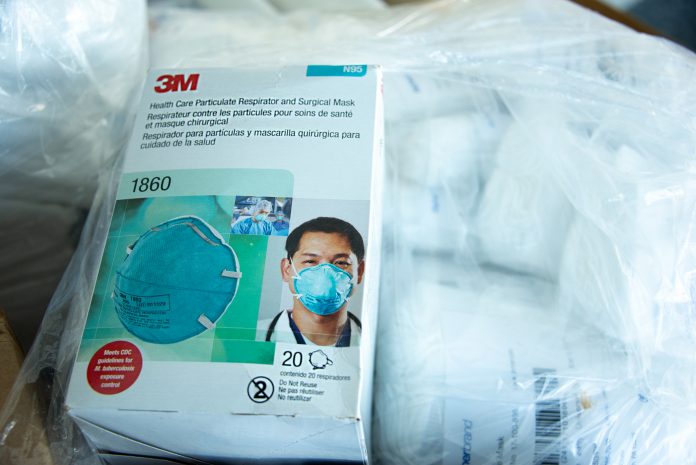 A significant number of unapproved, substandard, and counterfeit masks and test kits related to COVID-19 were seized by U.S. Customs and Border Protection (CBP) during Fiscal Year (FY) 2020 from October 2019 to September 2020, which threaten the “health and safety of American consumers.” According to a CBP report released this month, COVID-19 has had a profound effect on the U.S. economy. Trade volume, specifically entry summary volume, decreased by eight percent in FY2020 compared to the previous year.

The CBP seized 177,356 COVID-19 test kits prohibited by the Food and Drug Administration (FDA) in 378 incidents, 12,709,390 counterfeit face masks in 352 incidents, and 38,098 FDA-prohibited chloroquine tablets in 221 incidents. Approximately 51 percent of the seizures originated in China, with 53 percent of the overall seizures in express consignment environments and 24 percent from incoming mail. Collaboration between the CBP and partner government agencies facilitated faster customs clearance processes and interception of more fraudulent materials.

Just before Christmas in 2020, 10,080 counterfeit surgical masks from China were seized in Cincinnati, Ohio, a recurrent theme throughout the year. There were 21 shipping boxes labeled “3M Mask Model 1860,” with packaging that advertised “protection against communicable respiratory diseases.” The provided shipment information did not pass the 3M SafeGuard product authentication process, and the boxes were mislabeled as originating in the U.S. despite the fact that they came from a consumer electronics company in Shenzhen, China. The masks, which were addressed to a sales company in Union City, California, would have had a total manufacturer’s suggested retail price (MSRP) of $65,520 if they were genuine.

According to the CBP: “Counterfeit products are not subjected to the same rigorous quality control standards as the genuine products, and that can be disastrous when innocent citizens expect a product to perform as advertised.” Cincinnati Port Director Richard Gillespie stated: “Our officers are not only protecting the integrity of the American economy through trademark enforcement, they are preventing potentially dangerous and faulty masks from being distributed to our frontline medical personnel. This underscores how counterfeiters completely disregard the human lives while padding their bank accounts.”

Another incident occurred in September 2020, when customs officials halted a shipment of 500,000 counterfeit N95 masks worth an estimated $474,905, if genuine. These masks originated from Shenzhen, China, and were addressed to a company in Manalapan, New Jersey. On December 6, 2020, counterfeit masks from Hong Kong arrived in the U.S. and a total of 6,080 3M masks were seized in freight by Cincinnati customs officials.

China is also one of the top sources of intellectual property rights (IPR) violations, with a decline of imports from China resulting in an overall decrease in IPR seizures in FY2020 compared to FY2019. Still, by the end of FY 2020, the CBP was enforcing 18,757 active recorded copyrights and trademarks and seized 26,503 shipments with IPR violations. The estimated total MSRP of the items, if assumed to be genuine products, would be over $1.3 billion. By partnering with industry members, other federal agencies, and foreign governments, the CBP has been able to “fight cross-border trade of harmful and dangerous illicit goods.”

In FY2020, the CBP issued a $575,000 penalty to a U.S. company for importing stevia sweetener products made by forced prison labor in China. This was the CBP’s first civil penalty for forced labor violations, which highlights the agency’s “commitment to identifying and preventing products made by forced labor from entering the U.S.” The agency is currently enforcing 44 active withhold release orders and seven active findings, with a record 13 new withhold release orders issued in FY2020. The value of detained cargo associated with the orders, which includes disposable gloves, seafood, and cotton, increased from $1.4 million to almost $50 million in FY2020. The majority of these items originated in China, with others coming from Malaysia and Malawi