Oxford-AstraZeneca Vaccine may be Weaker against South African Variant 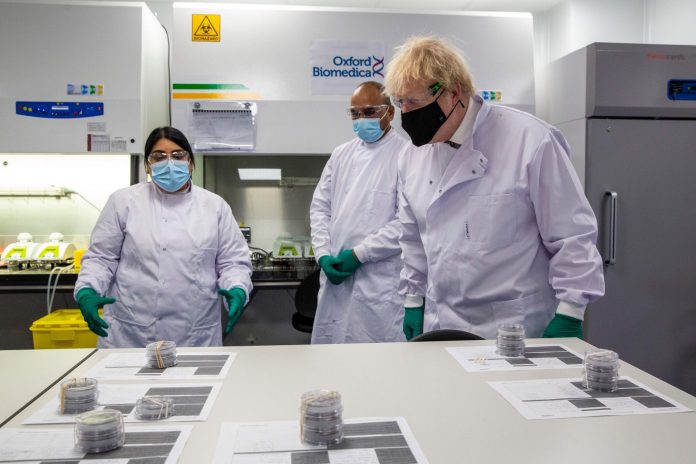 While there has been a sustained decline of new Coronavirus Disease 2019 (COVID-19) cases in Europe during the past few weeks, new variants have raised alarms.

Mutations in spike proteins, such as the E484K mutation, have brought into question the effectiveness of the Moderna and Pfizer-BioNTech vaccines against evolving coronavirus strains. As of Feb. 10, there are about 36 million confirmed COVID-19 cases in Europe, with over 106 million cases worldwide. Daily cases have fallen in the majority of European countries, excluding Spain and France.

According to researchers’ statement on Sunday, the Oxford-AstraZeneca vaccine may fail to prevent mild and moderate cases from the South African coronavirus strain. These concerns add to the list of unknowns about coronavirus vaccines.

Researchers from The University of Witwatersrand, Johannesburg, in South Africa who conducted the phase I/II trial, stated that the vaccine “provides minimal protection against mild-moderate COVID-19 infection” from the coronavirus variant.

In a not yet peer-reviewed paper that is expected to be published next week, AstraZeneca notes that of the 2,000 participants studied, none displayed serious symptoms. Most of the participants are young and healthy, with an average age of 31. The company argues that the vaccine could still have effects on severe disease. Still, the evidence is not yet definitive: “Protection against moderate-severe disease, hospitalization or death could not be assessed in this study as the target population was at low risk.”

However, the data “appear to confirm the theoretical observation that mutations in the virus seen in South Africa will allow ongoing transmission of the virus in vaccinated populations.”

Sarah Gilbert, a lead developer of the vaccine from the Oxford Vaccine Group, said informally, “We may not be reducing the total number of cases, but there is still protection against deaths, hospitalizations, and severe disease. Neutralizing antibody activity is equivalent to other COVID-19 vaccines that have demonstrated activity against more severe disease, particularly when the dosing interval is optimized to 8-12 weeks.”

Gilbert added that updates to the vaccine that would include a “version with the South African spike sequence” are in progress, which they would “very much like” to be ready by autumn. However, she told BBC television that effectiveness in more senior people fighting the strain is likely not to be resolved for “some time.”

France, Germany, and Switzerland are among the countries that discourage administering the vaccine to the elderly due to a lack of data.

The South African Government received 1 million doses from the Serum Institute of India in January, followed by another 500,000 doses in February. South Africa paid around R120 million for 1.5 million doses for the AstraZeneca vaccine. Vaccinations were intended to start in mid-February. Around 90% of active infections in South Africa are of the 501Y.V2 variant.

U.S. chief medical adviser Dr. Anthony Fauci has said that recovering from the original coronavirus strain may not protect a person from re-infection by the South African variant. The first reported re-infection incident occurred in Brazil in early January, followed by a case in Israel at the end of the month.

The more infectious South African variant has been driving a deadly resurgence of the disease across the country, accounting for the vast majority of the COVID-19 cases. On Sunday night, Minister Zwelini, Minister of Health warned, “The AstraZeneca vaccine appeared effective against the original strain but not against the variant. We have decided to put a temporary hold on the rollout of the vaccine… More work needs to be done.”

Mkhize added that since the 1.5 million AstraZeneca vaccine doses expire in April, they will be kept until scientists obtain more conclusive results.

In a recent study, researchers from the Massachusetts Institute of Technology were forced to concede that members of online pandemic skeptic communities both valued...
Read more
Editor's Pick

The Piercing Tale Uncovering the Mystery of Bird Migration

While bird migration is widely studied and fairly well understood today, it wasn’t always so. In fact, the phenomenon was such an enigma that...
Read more
Editor's Pick

The Facebook Journalism Project is partnered with an entity who sponsors China’s Tsinghua University, a Chinese Communist Party (CCP) training ground for the regime’s...
Read more