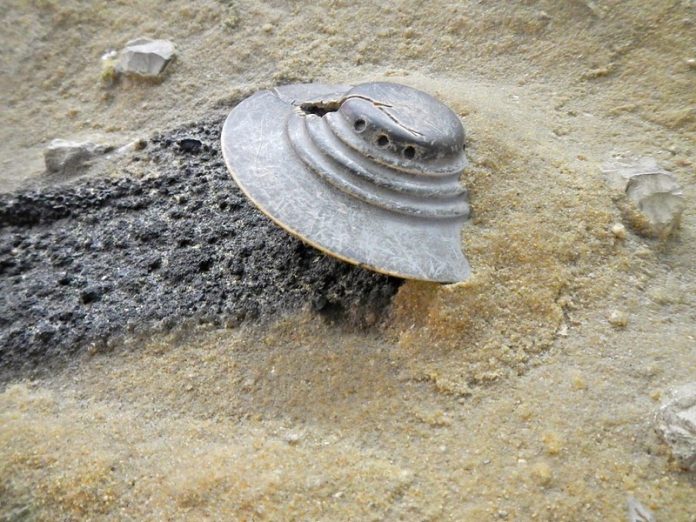 Bragalia wrote that warehouses in the Las Vegas, NV area were associated with the Department of Defense Advanced Aerospace Threat Identification Program (AATIP) of the U.S. Pentagon and that these buildings were scheduled to house “metal-like alloy materials.” Defense contractor Bigelow Aerospace was later revealed to be involved with the storage and testing of the debris.

For the past several decades, UFOs have been the subject of countless movies, shows, and speculations, often brushed aside as hoaxes or artificial technologies. However, the DIA’s choice to selectively withhold over half of the 154 pages that satisfied Bragalia’s request has reignited discussions of life beyond Earth.

Why did the DIA take three years to respond to Bragalia’s FOIA request, and why did they either withhold or redact over half of the requested information?

Excuses for delays included 1- The DIA needed to consult another agency, 2- The former FOIA Officer Bragalia had been emailing left months ago, and 3- The case had been reassigned. Only after a lawsuit was threatened did the DIA finally acquiesce.

According to Steve Tumiski, the FOIA official who responded to Braglia’s request, the DIA identified five documents with a total of 154 pages. Bragalia had expected thousands of pages relevant to the request. The DIA cited two exemptions of federal FOIA regulations as reasons to prohibit disclosure of the complete documents: exemption 3 regarding potential harm to national security and exemption 6 involving personal privacy concerns.

​The released documents reveal exciting technical applications that “will change the way our lives are lived,” Bragalia posted in his blog. The PDF documents mentioned are “metamaterials, invisibility, slowing the speed of light, compressing electromagnetic energy, implanting memory metal in people and other remarkable things.”

Metamaterials are defined as any material engineered to have properties not found in naturally occurring materials. The documents reveal that some material can be used to “slow down light” and “bring light to a complete standstill.” Invisibility may be induced by manipulating refraction, reflectivity, and increasing light absorption to prevent radars, scanning, or imaging from detecting objects.

The metamaterial may be able to “compress electromagnetic energy,” making information and energy storage smaller and increasing their transfer speeds. The material also exhibits “tunable resonance,” which could be used to create “energy harvesting” technologies that draw energy from the environment or low-power electronic devices.

In 1947, “memory metal” was found in UFO debris uncovered at a site in Roswell, New Mexico. According to over 40 witnesses and several investigative articles archived in Bragalia’s blog, the Roswell metal-like material could “remember itself” when deformed or folded and immediately snap back into shape.

Included in the DIA documents are several pages of “advanced technology reports” on Nitinol, a shape recovery alloy that has similar properties to the Roswell “memory metal.” Bragalia presents a credible case that Nitinol is, in fact, humankind’s first attempt to replicate the UFO material.

Debris from the Roswell crash was flown to Wright Field in Ohio. Battelle Memorial Institute was granted a contract months later to create phase diagrams, or recipes, for mixing nickel and “ultra-high-purity titanium” necessary to develop memory metal.

General Arthur Exon, Base Commander at Wright Patterson in the 1960s who reportedly flew over the crash site in 1947, stated on tape that part of the wreckage being tested was made of “specially processed” titanium.

The “metamaterial” in the DIA reports is composed of “composite media” and can be layered with metals and plastics. The material could be used in “advanced aerospace platforms” due to its lightweight and durable nature.

The Roswell UFO crash has been a controversial topic ever since British entrepreneur Ray Santilli released what he claimed was autopsy footage of a dead alien from the crash in 1995. Santilli asserted that he obtained the film from a retired US military cameraman while looking for archived Elvis Presley footage in the U.S. It was disputed by Santilli’s fellow filmmaker, magician Spyros Melaris, who declared in 2018 that the “alien autopsy” was faked in a London flat using animal organs and pig brains.

Melaris’ statement in turn was cast into doubt when a recently leaked 2001 memo allegedly addressed to businessman Robert Bigelow and biochemist Colm Kelleher from physicist Eric Davis stated that former CIA scientist Kit Green was “briefed three different times during and after his tenure at CIA on topics relevant to UFOs and the Roswell Incident Alien Autopsy.”

The memo is thought to originate from former astronaut Edgar Mitchell’s archives and states that Kit was asked to give his professional evaluation in Jan. 2001. The summary of the evaluation was: “The Alien Autopsy film/video is real, the alien cadaver is real, and the cadaver seen in the film/video is the same as the photos Kit saw at the 1987/88 Pentagon briefing.”