Democrats Ask Biden to Give Up Nuclear Launch Authority 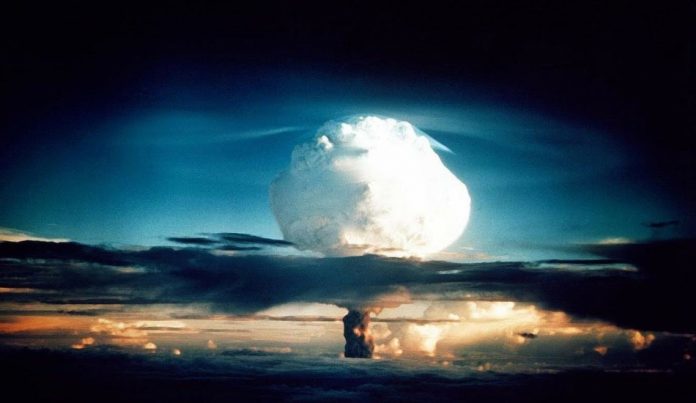 Approximately 36 Democrat lawmakers have signed a letter to Biden, asking him to give up his presidential authority to launch nuclear weapons.

Representative Jimmy Panetta from California, who wrote the letter, recently called on the president to install checks and balances in its nuclear command and control structure. The Democrats propose that an agreement from the House Speaker and Vice President should be necessary before the U.S. President can execute his nuclear weapons launch authority.

“Vesting one person with this authority entails real risks… Past presidents have threatened to attack other countries with nuclear weapons or exhibited behavior that caused other officials to express concern about the president’s judgment… While any president would presumably consult with advisors before ordering a nuclear attack, there is no requirement to do so. The military is obligated to carry out the order if they assess it is legal under the laws of war. Under the current posture of U.S. nuclear forces, that attack would happen in minutes,” the letter states.

U.S. Presidents have customarily handed down a black briefcase to the incumbent presidents known as the ‘nuclear football.’ An aide always carries the case with them while shadowing the president. The case has all the necessary items that allow the president to initiate a nuclear attack using a code.

The ‘nuclear football’ is usually handed over from one president to the other during the new president’s Inauguration Day. Since Trump did not attend Biden’s Inauguration, the briefcase’s customary handover did not occur.

Ever since Harry Truman ordered atomic bombs to be dropped on Hiroshima and Nagasaki during the last days of the Second World War, the power to launch nuclear weapons has strictly remained with the president. Most experts would not recommend diluting the power since having too many people decide whether to launch a bomb or not might waste valuable time and hinder war tactics.

If Biden were to give up his solo right to launch nuclear weapons, it might pressure future presidents to do the same. Last month, House Speaker Nancy Pelosi had raised the possibility of preventing an “unstable president” from using launch codes and ordering nuclear strikes with Chairman of the Joint Chiefs of Staff Gen. Mark Milley. The “unstable president” Pelosi was referring to was former president Trump.

The demand for Biden to give up his authority over nuclear weapons launch comes when the U.S. is engaging in a sensitive negotiation with Iran to end the Middle East nation’s pursuit of such weapons.

Biden has indicated that he will not lift economic sanctions on Iran unless the country agrees to the 2015 nuclear deal from which the United States pulled out in 2018 under the Trump administration.

Republicans are concerned that the Biden administration might make too many concessions to the Iranian Regime in order to incentivize Tehran to recommit to the deal. Trump had walked out of the 2015 agreement as he felt the terms were unfavorable to American interests. Meanwhile, Israel could ignore the Biden administration should it move ahead with reviving Iran’s nuclear deal.

“We think that if the United States returns to the same accord that it already withdrew from, all its leverage will be lost… It would appear that only crippling sanctions – keeping the current sanctions and even adding new sanctions – combined with a credible military threat – that Iran fears – might bring Iran to real negotiations with Western countries that might ultimately produce a deal truly capable of preventing it breaking ahead (to nuclear arms),” Israeli Ambassador Gilad Erdan told Israel Hayom.