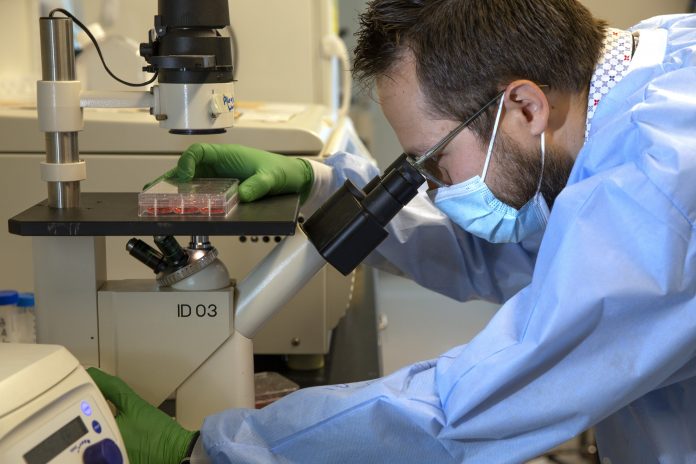 Under leadership, the Singapore-based cyber firm, including a former top MI6 cyber official, Kumar Ritesh, stated that the hacking group, APT10, had identified vulnerabilities in the IT infrastructure of the two Indian companies.

Although it isn’t clear specifically what vaccine information the hackers have gained access to,  Kumar Ritesh told Reuters on behalf of Cyfirma that “The real motivation here is actually exfiltrating intellectual property and getting competitive advantage over Indian pharmaceutical companies…In the case of Serum Institute, they have found a number of their public servers running weak web servers, these are vulnerable web servers… They have spoken about weak web application, they are also talking about weak content-management system. It’s quite alarming.”

Cyfirma has reported the breaches to the state-backed Indian Computer Emergency Response Team (CERT), who has handed over the issue to their operations director. Beijing has dismissed the hacking claims, with the Chinese foreign ministry accusing Cyfirma of making allegations based on “baseless speculation” and distorted facts rather than evidence. The Ministry said that Cyfirma had ‘ulterior motives’ in publishing the report.

It isn’t the first time Chinese hackers have been caught trying to steal coronavirus research from other nations. In July last year, hackers from China attempted to steal data from Moderna Inc, whose COVID-19 vaccine is currently being distributed in the United States. In September, Chinese hackers were found to have stolen vaccine research data from Spanish laboratories. And in May of last year, the FBI and CISA revealed in a statement that state-sponsored Chinese hackers were believed to have attacked American research institutions and hospitals to steal findings related to the development of a Coronavirus vaccine.

This was decried at the time by US Senator Gary Peters calling for strong action against the Chinese government. Suggesting that the Chinese government endangered lives by threatening American hospitals in certain instances. “The Department of Defense capabilities should be considered to make it clear that there will be consequences for these actions, he said.” Regarding the breach at the time, then-Secretary of State Mike Pompeo stated, “The PRC’s behavior in cyberspace is an extension of its counterproductive actions throughout the COVID-19 pandemic.”

Against this backdrop of intellectual property theft, China has also been opaque with the results of its vaccine trials, carried out in Brazil and on children in China and the People’s Liberation Army (PLA) within China. Confidence in Chinese-made vaccines is low in Brazil, with up to 50 percent of potential recipients refusing the Sinovac vaccine, according to a Datafolha poll reported by India’s Business Insider in January. It was the highest refusal rate among all vaccines in the Brazilian poll.

Meanwhile, the Indian-made Covaxin vaccine, manufactured by Bharat Biotech, has been found to have an efficacy rate of 81 percent as per data from its third phase of clinical trials. Indian regulators had given emergency use approval for the vaccine in January while the trials were still underway, triggering concerns among experts and citizens that the vaccine might potentially be ineffective or even dangerous.

Gargeya Telakapalli, a public health expert, notes that many frontline workers questioned the vaccine’s effectiveness. “I know many health care workers who were not very confident to take Covaxin and preferred Covidshield… The rush for the approval has not helped Covaxin, although no one is saying there is any problem with the vaccine,” Telakapalli told The New York Times.

With the new results, doubts about Covaxin may be partly assuaged, as the Phase III trial showed an effectiveness of 81 percent. The three-stage trials of the vaccine saw the participation of around 27,000 people. Covaxin is an inactivated vaccine that is made up of dead coronaviruses. When the vaccine is injected into the body, dead coronaviruses trigger immune cells to manufacture antibodies to fight against COVID-19.

Covaxin is delivered in two doses, with the second dose administered four weeks after the first one. According to Bharat Biotech, around 20 million doses have been manufactured. By the years’ end, the company aims to produce 700 million doses of the vaccine.

Over 40 countries have expressed an interest in Covaxin. While Indian Prime Minister Modi has sought to help protect the surrounding regions and counter the impact of China’s vaccine diplomacy by selling or donating vaccines to India’s neighbors, the early thrust of donated and financed vaccines has been the Oxford-AstraZeneca Covishield vaccine, provided by SII. Bharat Biotech has now signed an agreement with Brazil to supply 20 million doses of Covaxin. In the U.S, it has entered into a deal with Ocugen Inc. to co-develop the vaccine for domestic use.

Indian vaccines are preferred in Myanmar, where a gift of 1.5 million doses of SII’s Oxford-AstraZeneca Covishield arrived before Chinese-made vaccines. Similarly, half a million Indian vaccine doses have already arrived in Afghanistan. India has approved shipment to Cambodia and plans to provide vaccines for Mongolia and Pacific Island states. Despite a heavy caseload of coronavirus patients, as of early January, India had provided 15.6 million doses of vaccine to 17 other countries, often aiding frontline workers. According to Reuters, India’s efforts to supply nearby countries with vaccines have drawn praise from neighbors and effectively lessened China’s manipulation of the region. The Indian government plans on inoculating 300 million of its citizens by August.