Home US Biden Offers Temporary Legal Status to Over 300,000 Venezuelan Immigrants
US 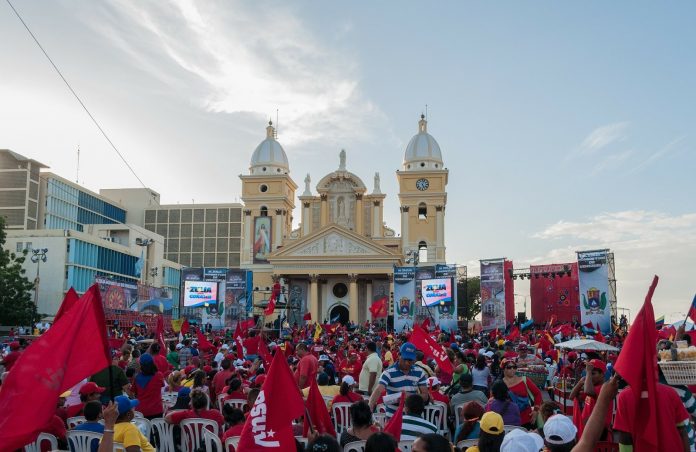 The Biden administration has announced that it will be providing hundreds of thousands of Venezuelan immigrants Temporary Protected Status (TPS). It will allow them to legally live and work in the United States for 18 months.

TPS is granted to migrants whose home countries are wrecked by natural disasters, epidemics, armed conflict, or are unable to guarantee their citizens’ safe return. Washington’s decision was triggered by the economic and political turmoil destroying socialist Venezuela.

“The living conditions in Venezuela reveal a country in turmoil, unable to protect its own citizens… It is in times of extraordinary and temporary circumstances like these that the United States steps forward to support eligible Venezuelan nationals already present here, while their home country seeks to right itself out of the current crises,” Department of Homeland Security (DHS) Secretary Alejandro Mayorkas said in a statement.

Over five million Venezuelans are estimated to have fled the country due to violence and repression unleashed by the Maduro regime and its subsequent poverty crisis. More than 800,000 are believed to have spread worldwide, seeking asylum in various nations.

With Biden’s new policy, these migrants will now get legal status. Biden had promised to make TPS available to Venezuelans in his presidential campaign. Democratic Senator Bob Menendez thanked Biden for the decision. Menendez said that it would send a message to America’s competitors and allies that the U.S. is committed to democracy.

The TPS status is expected to benefit 320,000 Venezuelan immigrants living in America. Only those present in the United States by March 8 will be eligible for the relief. Also, people who have no nationality but whose last residence was Venezuela will benefit from the policy.

Migrants will have to apply within six months and pay an application fee of $545. Though the TPS was intended as a temporary relief for undocumented immigrants, it quickly became a form of amnesty over the years. Democratic presidents have continuously expanded and renewed the program from Clinton to Biden.

Biden’s immigration reforms have met with strong opposition by the Republican Party members. They worry that the changes will worsen the pandemic and create social conflict as lower-class Americans may feel angry towards immigrants taking away their jobs.

Nebraska Governor Pete Ricketts said that Biden had instigated a humanitarian crisis as his immigration policies have triggered a surge in unaccompanied children migrating to America.

Twenty-three House Republicans recently sent a letter to DHS Secretary Mayorkas. It stated concerns about a potential surge in coronavirus cases due to the massive amount of migrants pouring through the borders with no COVID-19 testing.

“Even with efforts to social distance, reporting states that migrants are already being held in crowded spaces while being processed. Coupled with the lack of coronavirus testing along the southern border, this is a guaranteed super spreader event. At the very least, all individuals encountered along our southern border must be tested for coronavirus and provided with personal protective equipment,” the letter states.