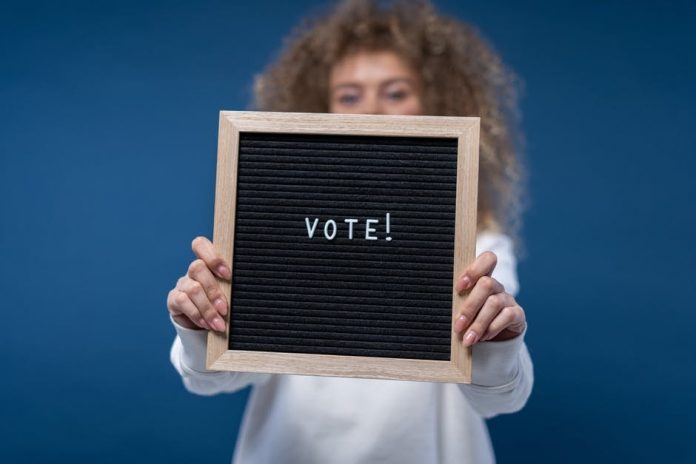 On Monday, the Governor of Iowa, Kim Reynolds, has signed into law a bill to shorten early voting, restrict absentee voting, and close the polls earlier on Election Day. The bill, SF 413, was backed by the Republican Party and was met with strong opposition from Democrats in both chambers of the state legislature.

“It’s our duty and responsibility to protect the integrity of every election. This legislation strengthens uniformity by providing Iowa’s election officials with consistent parameters for Election Day, absentee voting, database maintenance, as well as a clear appeals process for local county auditors. All of these additional steps promote more transparency and accountability, giving Iowans even greater confidence to cast their ballot,” the governor said in a statement.

Previously, mail ballots that arrived by noon on the Monday after Election Day would be counted in the voting process in postmarked cases. But now, all mail ballots must be received by Election Day. The state’s early voting period, which previously had been 29 days, is now reduced to 20 days. Voting sites, which used to shut down by 9 PM, must now be closed by 8 PM.

Earlier, anyone could return a voter’s absentee ballot. But with the new law, only a few people are permitted to do it, including the voter, their immediate family or household member, or caregiver. If voters miss an election, register as a voter once more, or fail to report a change in the address, they will be removed from the active voting lists.

Election officials and county auditors are now banned from sending unsolicited absentee ballot request forms to people. If they disobey the secretary of state’s guidelines or fail at enforcing the state’s election laws, they will have to pay penalties to the tune of up to $10,000. County auditors are prohibited from setting up satellite voting sites unless a substantial number of voters demand it.

Democratic election attorney Marc Elias tweeted that the new law is “the first major suppression law since the 2020 election.” The Iowa Democratic Party tweeted, “We deserve better” after the governor signed the law.

State party Chairman Ross Wilburn accused the law of making it more difficult for vulnerable groups, like those with disabilities and seniors, to participate in the democratic process. He alleged that the law is not about improving the election process but to continue the Republican Party attacks on the country’s democratic process.

A Latino rights group, the League of United Latin American Citizens, has filed a lawsuit challenging the law passed by Governor Reynolds. The case, backed by Democrat attorneys, argues that the new law violates voters’ constitutional rights, places an undue burden on the right to vote, the right to free assembly, free speech, and equal protection.

“They’re not going to have the same amount of time to submit their ballots… And on Election Day, they’re shortening the time. And so we’re always at work, we’re busy, and limiting access to the ballot box will really impact really just working-class people in general, especially folks in brown and Black communities in Iowa,” Nick Salazar, the organization’s state director, told Des Moines Register.

Iowa House Speaker Republican Pat Grassley is confident the law will pass all legal challenges and believes that the politically-motivated lawsuits backed by the “liberal elites” will not stop Republicans from strengthening the election system’s integrity.