Home US Mexican Cartels Smuggle Record Amounts of Fentanyl into the US Under Biden’s...
US 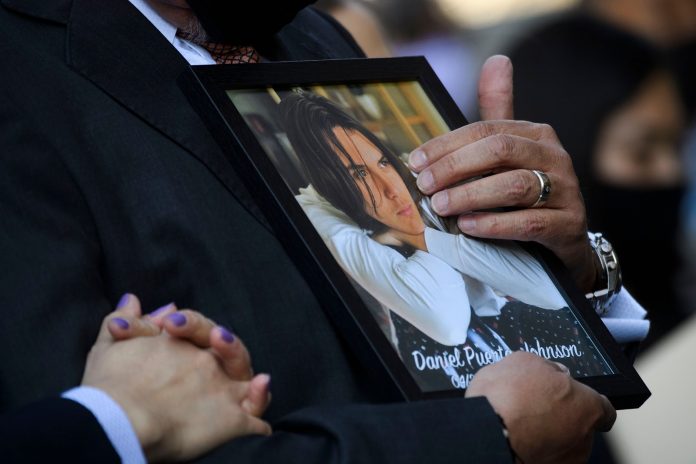 In the first five months of the fiscal year 2021, the department’s Fentanyl seizures rose by a massive 360 percent over the same period last year.

The synthetic opioid is causing a rising drug overdose death rate. The drug is manufactured in Mexico using ingredients imported from communist China. Mexican cartels smuggle it into the United States as counterfeit pills known as ‘Mexican oxys.’ Fentanyl is also mixed with some other narcotics to boost its potency.

Since Oct. 2020, more than 5,000 pounds of Fentanyl have been seized by the CBP. According to Troy Miller, the commissioner of CBP, nationwide drug apprehensions increased by 50 percent between January and February. Heroin seizures are up by 48 percent; seizures of methamphetamine are up by 40 percent, and cocaine interceptions have risen by 13 percent.

“The cartels are dominating the distribution of this poison, and it’s really, really alarming… I do anticipate the crisis continuing on this escalating path. And to be honest with you, it’s really sad, because I’ve been communicating with a lot of parents who have lost their young kids, especially to the counterfeit pills. And it’s all coming from Mexico,” former head of the DEA’s special operations division Derek Maltz told The Epoch Times.

President Biden’s loose immigration policies play a role in the rise of Fentanyl trafficking into the country. Biden’s policies have increased illegal immigration, tying up border agents with undocumented immigrants rather than policing for drugs.

Maltz emphasizes that Biden’s policies make him appear weak on immigration. That then makes it easy for cartels to move Fentanyl freely into America. Maltz admits that the drug crisis is not new and has been escalating over the years. However, the current activity is at a level that has never been seen before.

The CCP virus has also worsened the fentanyl crisis in the U.S. According to a report by drug testing company Millennium Health, the adjusted positive rate of urine drug tests during the first nine months of the pandemic surged by 78 percent for Fentanyl compared to the same period in 2019.

In places like California, Oregon, Washington, and Alaska, urine tests with positive results for Fentanyl doubled, coinciding with a rise in opioid-related deaths in these areas.

Changes in Fentanyl use

A recent report published in the International Journal of Drug Policy stated that the sharp reduction in the cost of manufacturing Fentanyl might trigger several problems. It makes fentanyl cheaper for people to buy, creating more dependence on the opioid.

“Historical analogies suggest that very large declines in price can have effects on use that go beyond just expanding traditional patterns of consumption… The overall situation with cannabis and fentanyl may look more different in 2040 compared to today–just as today looks different compared to 2000,” Jonathan Caulkins, professor of operations research and public policy at CMU’s Heinz College and author of the analysis, said in a statement.