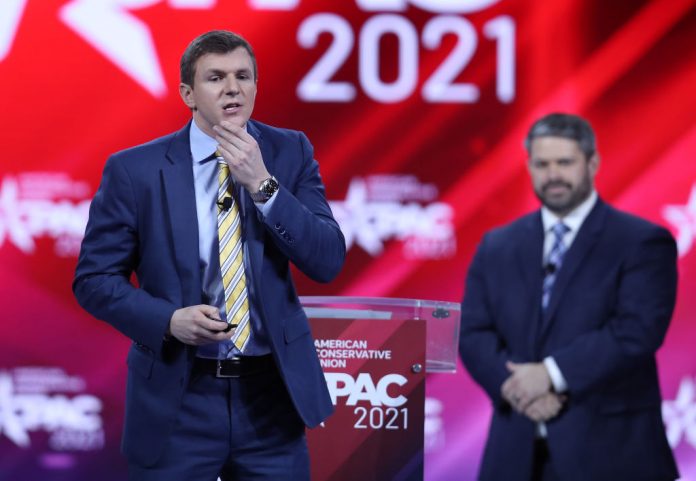 The New York Times has lost a motion to dismiss in a defamation lawsuit brought by investigative journalist team Project Veritas over mischaracterizations of a September 2020 report about ballot harvesting in Minnesota’s Somali community by Democrat Rep. Ilhan Omar.

In a preamble summary of facts, New York Supreme Court Justice Charles Wood described the Veritas video as on the “topic of alleged illegal voting practices, featuring a Somali-American Minneapolis campaign worker named Liban Mohamed. The Video also featured an interview with Omar Jamal, a community service officer for the Ramsey County Sherriff’s Office, and a political consultant in the Minneapolis Somali-American community.”

“Jamal stated that there was widespread corruption by Somali-American politicians, who were all part of an extended Somali-American ‘clan,’ including cash payments to elderly voters in exchange for their absentee ballots,” said Wood.

In the Project Veritas videos, a Snapchat by Liban Mohamed is featured in which he brags, “Money is everything. Money is the King in this world. If you ain’t got money, you should not be here period.” In the same clip, Mohamed also showed a stack of more than 300 absentee ballots on the dash of his car collected from the Somali community, “All these here are absentee ballots. Can’t you see? Look at all these, my car is full. My car is full,” he says in Somali.

Minnesota law forbids being in possession of more than 3 ballots.

In a second video, Project Veritas caught Mohamed on hidden camera paying a Somali man $200 for his absentee ballot.

In defamation lawsuits, the burden is on the Plaintiff to establish that the publisher intended “actual malice,” meaning they knew what they published was untrue and intended to defame the target.

The New York Tomes argued Veritas’s videos were untrue because they claimed the ballot harvesting campaign was connected to Rep. Omar’s campaign “with no verifiable evidence.” Justice Wood summarized the Defendant’s pleadings as, “The gist of those statements is that the allegations about Rep. Omar’s campaign’s connection to the ballot fraud are insufficiently supported—which is what numerous ‘independent reputable news sources and fact checkers’ concluded. The defendants also appear to argue that ‘Tweets’ or other marketing by Veritas and third parties to draw viewers to the Video by Veritas somehow made the contents of the Video itself deceptive.”

In the first article published by the Times, whose headline claimed the Veritas video was a “Coordinated Disinformation Campaign, Researchers Say,” the lede uses the following verbiage, “A deceptive video released on Sunday by the conservative activist James O’Keefe, which claimed through unidentified sources and with no verifiable evidence that Representative Ilhan Omar’s campaign had collected ballots illegally, was probably part of a coordinated disinformation effort, according to researchers at Stanford University and the University of Washington.”

In his dismissal, Justice Wood said of the Times’ attempt to defend, “In part, Defendants argue that their statements describing Veritas’ Video as ‘deceptive,’ ‘false,’ and ‘without evidence’ were mere opinion incapable of being judged true or false.”

But found, “However, if a writer interjects an opinion in a news article (and will seek to claim legal protections as opinion) it stands to reason that the writer should have an obligation to alert the reader, including a court that may need to determine whether it is fact or opinion, that it is opinion.”

In the 16-page Judgment, Wood was more scathing in his findings about the inflammatory wording used by the Times in their disseminations about the ballot harvesting piece, “the dictionary definitions of ‘disinformation’ and ‘deceptive’ provided by defendants’ counsel certainly apply to Astor’s and Hsu’s failure to note that they injected their opinions in news articles, as they now claim.”

Justice Wood continued, “Stating that the video is ‘deceptive’ and stating ‘without verifiable evidence’ in a factual way in a news article certainly presents the statement as fact, not opinion. Further, the Astor and Hsu Articles could be viewed as exposing Veritas to ridicule and harm to its reputation as a media source because the reader may read these news Articles, expecting facts, not opinion, and conclude that Veritas is a partisan zealot group, deceptively editing video, and presenting it as news.”

“Upon review of the total context and tone of the stories, which clearly disparage Veritas and the Video, the court concludes that a reasonable reader could very well believe that the challenged statements were conveying facts about Veritas. The Articles certainly could be viewed as being purposely designed to appear that Defendants are imparting facts and evidence that Veritas’ videos were deceptive and Veritas is merely a right-wing political group,” found Justice Wood.