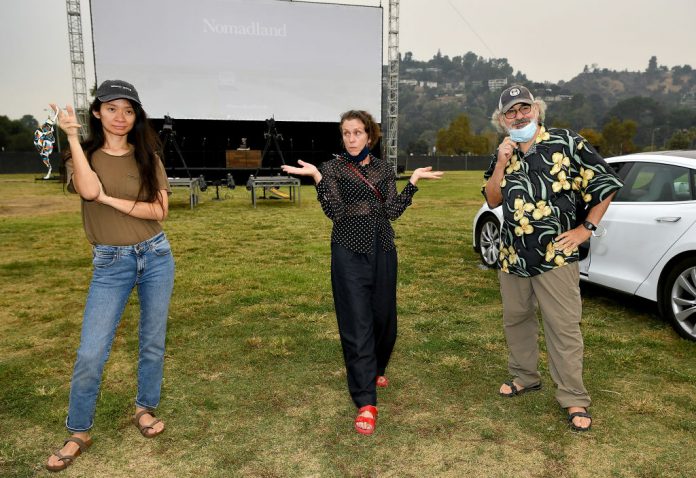 Chinese state media will not be airing the Oscars next month due to conflicts with Directors Anders Hammer and Chloe Zhao, who are both nominated for awards. The ban comes because the two have earned negative perceptions among Chinese authorities.

Chinese born Chloe Zhao was the first Asian woman director, and second ever woman director, to win a Golden Globe for her 2020 film Nomadland, about a widow who travels around America looking for work. At the awards ceremony she said, “compassion is the breakdown of all the barriers between us. A heart to heart bonding. Your pain is my pain. It’s mingled and shared between us,” and that “this is why I fell in love with making movies and telling stories. Because it gives us a chance to laugh and cry together, and it gives us a chance to learn from each other, and to have more compassion for each other.” The film has been nominated for Best Picture, Director, Editing, Adapted Screenplay, Cinematography and Actress at the upcoming Oscars next month.

According to what China expert Stanley Rosen told Deadline, Chinese attitudes towards Zhao have been mixed. The perception that Nomadland exposed the “declining U.S. and the evils of a capitalist system,” was viewed favorably by the supporters of communism, until Zhao’s comments made back in 2013 referring to China as “a place where there are lies everywhere” resurfaced, causing a stir among Chinese nationals. A December 2020 interview in which she reportedly said she was “now” an American further amplified negative Chinese perceptions, although the interview was later corrected to say that Zhao said she is “not” an American and “now” was just a typo.

As China has become a major consumer of U.S. films, Zhao may be forced to recant her 2013 comments in order to prosper in China with her upcoming Marvel movie Eternals, which is scheduled for release in China in November.

In a Global Times opinion piece, Hu Xijin said “Zhao said something believed to be ‘an insult to China’ in 2013, but she is not one of those dissidents who turn their values into political stances and exploit it,” giving Zhao room to redeem herself by repenting for her comment.

“China has tried so desperately to show that it can nurture creative talent under its authoritarian system and that its artists can succeed outside China, as well as to be a global player in the film industry. I think they definitely want to release the film [Eternals], and they’re of course expecting Chloe Zhao Ting to meet them at least part of the way by clarifying her reported remarks. She can’t avoid commenting if she continues to do interviews with the media. She and her representatives can craft something that should be enough to make this a win-win situation for her, for China, and for the forthcoming Marvel entry,” said China expert Rosen.

The other director perceived as a threat and a reason to ban the Oscars in China is Norwegian Anders Hammer. He directed a 35-minute short-film documentary about the Hong Kong protests called Do Not Split, which is nominated for Best Short Documentary Award. The title of the documentary refers to the unity that the protestors tried to maintain throughout their demonstrations. The film currently has 81,000 views on Vimeo and was screened at Denmark’s International Documentary Film Festival and the New Orleans Film Festival in the U.S.

According to an article by China’s state run media Global Times, Do Not Split is “full of biased political stances” and “lacks artistry.” They also accused the Oscars as being “reduced to political tools” and threatened that going against China would be detrimental to prosperity in a Chinese film market that has “exceeded North America to be the largest box office market in the world for the first time last year.”

The Australian federal government is poised to cancel a 99-year lease awarded to a Chinese firm in 2015 allowing operations at the strategic Darwin...
Read more
China

Taiwan is the world’s largest and most sophisticated manufacturer of microchips, the tiny computers that power most modern devices, from smartphones to automobiles. China...
Read more
China

China emits more greenhouse gases (GHG) than all other developed countries combined according to a report released on May 6 by Rhodium Group, an...
Read more