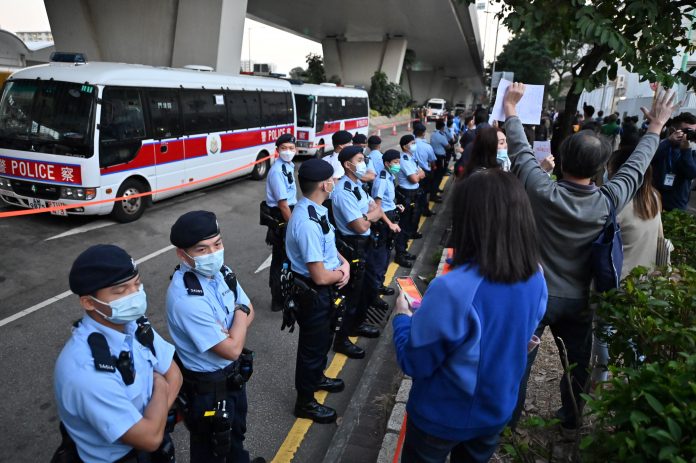 On March 31, U.S. Secretary of State Antony Blinken reported to Congress that Hong Kong — the former British colony administered by the People’s Republic of China (PRC) — does not warrant preferential treatment under U.S. law. This reaffirmed a determination made by his predecessor, Mike Pompeo, last May.

Blinken tweeted on the same day, “Today, we reported to Congress the PRC’s continued dismantling of Hong Kong’s freedoms, democratic institutions, and high degree of autonomy. The United States calls on the PRC to reverse course and uphold its international obligations and commitments. #StandWithHongKong.”

In May 2020, former Secretary of State Mike Pompeo refused to grant certification of Hong Kong’s autonomy, as required by the Hong Kong Human Rights and Democracy Act passed in 2019 in response to Beijing’s hardline treatment of the city’s democractic movement.

The legislation requires the United States to sanction officials for human rights violations in Hong Kong, as well as to decide whether Hong Kong remains sufficiently autonomous from the PRC to warrant preferential economic and diplomatic treatment by the U.S.

Returned to China from British colonial rule in 1997, it was expected that Hong Kong would keep its own rule of law and political freedom until 2047, as agreed to in 1984 by then-PRC leader Deng Xiaoping.

In a statement released on the State Department website, Blinken said, “In particular, the PRC [People’s Republic of China] government’s adoption and the Hong Kong government’s implementation of the National Security Law (NSL) have severely undermined the rights and freedoms of people in Hong Kong.”

Blinken also mentioned that 24 Chinese and Hong Kong officials were added to the sanctions list, on March 16, based on the Hong Kong Autonomy Act passed in June 2020. He said these officials’ actions have reduced Hong Kong’s autonomy and that the U.S. would hold them accountable for the consequences of their actions.

The report submitted to Congress by the Department of State said that “the Chinese Communist Party has systematically dismantled Hong Kong’s political freedoms and autonomy in violation of its international commitments.”

Examples of this include the National Security Law imposed on Hong Kong, challenges to judicial independence, arbitrary arrests and brutal treatment of protesters and detainees by police, and stricter restrictions on Hong Kong’s freedom of speech, press, and Internet under the authoritarian law.

“In conjunction with this year’s report, I have certified to Congress that Hong Kong does not warrant differential treatment under U.S. law in the same manner as U.S. laws were applied to Hong Kong before July 1, 1997,” Blinken wrote.

Since the CCP implemented the National Security Law in Hong Kong last June, the city’s autonomy, democracy and human rights have been greatly undermined.

Many dissidents have been arrested, including a number of pro-democracy legislators, prominent media tycoon Jimmy Lai and 82-year-old Martin Lee who is known as the “father of democracy” in Hong Kong and who helped lead the pro-democracy camp during the former British colony’s transition to Chinese rule. These arrests have been widely condemned by the international community.

On Thursday April 1, seven Hong Kong pan-democratic lawmakers were convicted of “organizing and participating in an unauthorized assembly.” These include both Lai and Lee.