In a July 15 article, The New York Times cited anonymous U.S. officials as saying that the Trump administration is considering a blanket ban on all 90 million members of the Chinese Communist Party (CCP), which comes at a time when Washington is galvanizing its stance on the authoritarian regime.

Similar news was reported by The Wall Street Journal on July 16; according to the plans, the travel ban could also affect the family members of Party members for a total of 270 million people, or up to a fifth of the Chinese population. Other proposals are much more conservative, with one scheme targeting only the 25 members of the CCP Politburo.

Michael Pillsbury, an informal China adviser to President Donald Trump, told the Journal that the travel ban would be “an important step in the direction that Secretary of State Mike Pompeo has been going in the last few months, to delegitimize the Communist Party and its 90 million members.”

Since last year, Pompeo and other top U.S. officials have stepped up ideologically charged criticism of the CCP regime, calling it out for its Marxist creed and Leninist political structure in addition to Beijing’s widespread human rights abuses. 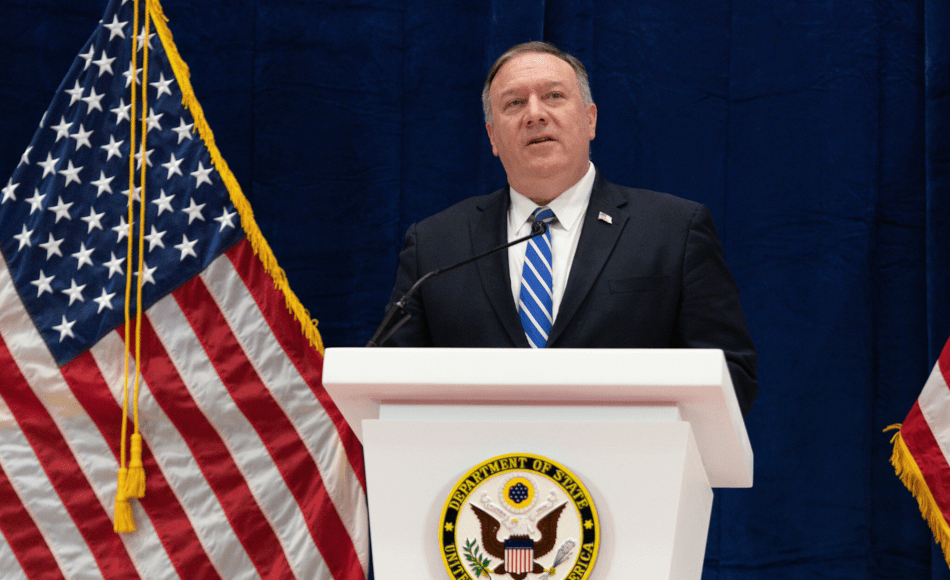 U.S. Secretary of State Mike Pompeo has increasingly called out the Chinese Communist Party for its abuses. (Image: U.S. Department of State / CC0 1.0)

Though the Trump administration has taken a hard line on the CCP since the publication of the 2017 National Security Strategy — which listed the People’s Republic of China (PRC) as the primary strategic threat to the United States — Pompeo’s “China Challenge” speech delivered on Oct. 30, 2019, marked the beginning of policy statements from Washington singling out the CCP from the broader concept of the Chinese nation.

“The CCP rules with an iron fist over one of the great ancient civilizations of the world. It seeks to leverage the immense power, productivity, and ingenuity of the Chinese people to overthrow the rules-based international system and to make the world safe for dictatorship,” Barr said. 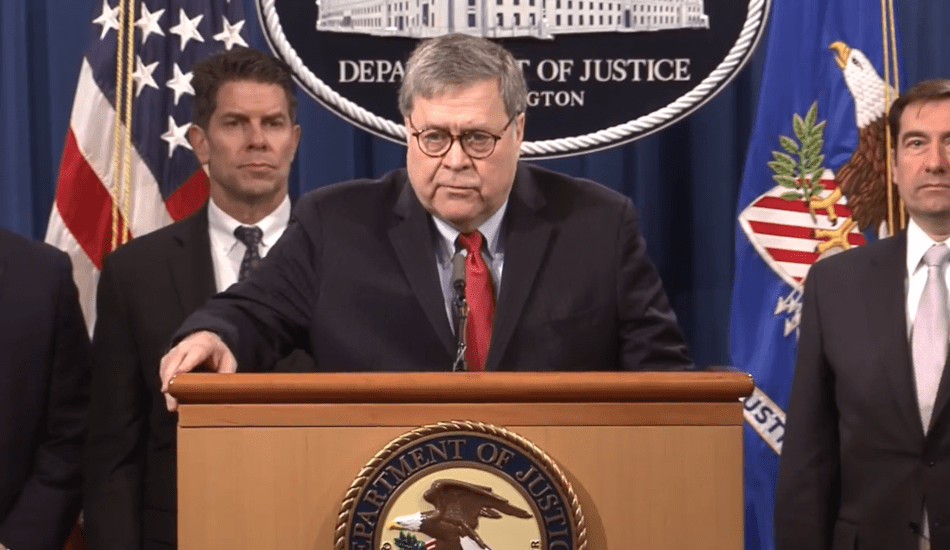 In the past decade, amid China’s political and economic instability, a growing number of CCP officials’ family members have immigrated to the United States and other Western countries, and transferred their assets overseas.

If there is indeed a travel ban in the works, those family members may choose to return to China and reunite with the officials, while many Chinese students will have to give up on their hopes of studying abroad.

However, Chinese netizens were excited about the news, and urged the White House to launch this ban as soon as possible. On the social media platform Weibo, they expressed that the ban would stop corrupt officials from transferring their embezzled assets abroad, and prevent such officials from escaping China once they get in the regime’s crosshairs. Twitter is banned inside China, but many use firewall-circumventing software to access the platform.

“China suffered from corruption for decades. [The travel ban] is the specific medicine that we have waited for so long,” wrote Chinese netizen Baozi on Weibo on July 16, according to The Epoch Times.

According to SinoInsider, a New York-based think tank, banning CCP members and their close relatives from traveling to the United States could have a profound impact on Chinese internal politics.

SinoInsider in a July 16 newsletter noted that under Xi Jinping, the CCP itself has been restricting its members from leaving the country or funneling assets abroad: At the “elite level, Xi’s travel restrictions are oftentimes a direct response to the intra-Party factional struggle and represent an effort to put his rivals under control and on notice”; while for the rank-and-file, such restrictions “appear to be aimed at addressing the problematic issue of CCP members voting with their feet as they lose confidence in the Party.”

People in Hong Kong taking to the streets in protest of Chinese Communist Party rule. The slogan on one of the huge banners reads “Tuidang,” which literally means “Withdraw from the (Chinese Communist) Party.” (Image: courtesy of NTD)

“All in all, Xi’s travel restrictions allude to a serious crisis in the regime,” according to SinoInsider’s analysis.

“A sweeping travel ban on CCP members to the U.S. would immediately make Xi deeply unpopular among regular Party members who are already finding it hard to leave China. Regular CCP members could even reconsider their Party affiliation.”

The SinoInsider newsletter drew attention to the 16-year-old Tuidang (退黨), or “Quit the Party,” movement, which was started by practitioners of Falun Gong and their supporters to help Chinese symbolically withdraw from the CCP and its affiliated youth organizations. Since 2004, more than 360 million statements from people renouncing the Party have been registered on the Tuidang website.

According to web traffic statistics compiled by The Epoch Times, Chinese Internet searches for the keyword “tuidang” spiked following The New York Times report. A travel ban could spark more interest from Party members in the Tuidang movement, and even inspire “high-profile ‘defections’ to the United States that would embarrass the Xi leadership,” SinoInsider wrote.

True Number of Chinese Pandemic Deaths in the Hundreds of Millions, Says Founder of Falun Gong
Understanding the Traditional Chinese Calendar in the Year of the Rabbit
Master Li Hongzhi: Why There Is Mankind
Xi’s Credibility Nosedives as CCP Loses Control Over Pandemic in China
China Staggers Under Huge Pandemic Losses

Young, Vaccinated and Boosted Canadian Reporter Appears to Collapse During Live Broadcast
Second ABC Producer Dies Suddenly
True Number of Chinese Pandemic Deaths in the Hundreds of Millions, Says Founder of Falun Gong
Understanding the Traditional Chinese Calendar in the Year of the Rabbit
Chateau Hathorn: A Charming Bed and Breakfast With Gorgeous Views of the NY Countryside
Master Li Hongzhi: Why There Is Mankind