What Trump Accomplished in 4 Years 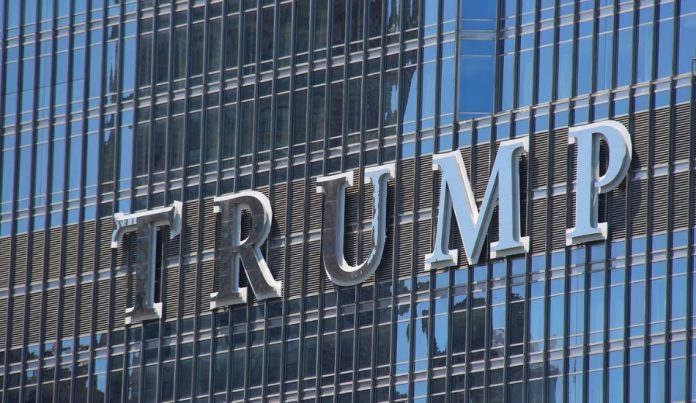 President Trump will leave the White House in a few days. According to a Bloomberg reporter, West Wing walls are now bare, with only a few pictures and paintings. Most desks have been emptied out. On Jan. 20, Trump is expected to leave early in the morning with a departure ceremony planned to send him off. The White House has published a report listing what Donald J. Trump has achieved for America in his four years as the 45th President of the United States.

Seven million new jobs were created and middle-class family income rose by $6,000. Jobless claims hit a 50-year low. Seven million people went off food stamps. The wealth of the bottom 50 percent of Americans surged by 40 percent. DOW touched 20,000 in 2017 and 30,000 in 2020 for the first time in history.

Tax reform benefited 6 million American workers as their wages and bonuses rose. A family of four making $75,000 per year benefited from an income tax savings of over $2,000. Trump almost eliminated the Death Tax and Estate Tax. The child tax credit doubled. The business tax rate was brought down from 35 percent to 21 percent.

Trump turned America into a net energy exporter for the first time in 70 years. The U.S. became the world’s number one oil and natural gas producer. Lower electric bills and gas prices saved an average American family $2,500 per year. From 2016 to 2019, wind energy production rose 32 percent.

The Trump administration eliminated eight regulations for every one new regulation. The reforms added $1,300 per annum to an average American household. The government modified the fuel economy regulations of the Safer Affordable Fuel-Efficient (SAFE) Vehicles rule, lowering the price of new vehicles by $2,200. Cutting red tape in the healthcare sector enabled Americans to save 10 percent on prescriptions.

Trump withdrew the U.S. from trade policies like the TPP and NAFTA that were costing American jobs. He introduced a USMA deal with Canada and Mexico that will create more than 550,000 new jobs in 10 years. He made China agree to buy an additional $200 billion worth of American goods every year. He took steps to punish Chinese companies that steal and then profit from American IP. He entered into 50 agreements with various nations to boost exports of American agricultural products.

Medicare Advantage premiums were lowered by 34 percent, the lowest level in 14 years. Trump eliminated Obamacare taxes. Association Health Plans allowed employers to cut the cost of health coverage for workers by up to 30 percent. Drug prices were reduced for the first time in 51 years.

Responding to the CCP virus:

Trump’s administration repatriated more than 100,000 Americans who were stranded abroad due to the coronavirus outbreak. Millions of doses of vaccines were made available by late 2020. Trump temporarily suspended all H1B and H2B visas, ensuring more jobs for Americans rather than foreign workers. He approved more than $525 million in forgivable loans to 5.2 million small businesses, supporting the jobs of 51 million Americans. 160 million relief payments were distributed.

Trump made NATO allies agree to a $400-billion increase in defense spending by 2024. He withdrew from the disadvantageous Iran Nuclear Deal. Trump became the first president to meet with the leader of North Korea. He recognized Jerusalem as the capital of Israel and moved the American embassy into the city. He established peace agreements between Israel and Arab nations like Bahrain and UAE. He strengthened American policies against communist and socialist nations like Cuba and Venezuela. He secured hosting rights for the 2026 FIFA World Cup and 2028 Summer Olympics.

Since 2016, murder and violent crime rates have fallen by more than 7 percent and 5 percent respectively. Trump created a White House position dedicated exclusively to fight human trafficking. He set up a task force to investigate missing Native American women.

Trump was the first U.S. president to convene a UN meeting to end religious persecution. He blocked the Johnson Amendment that sought to interfere in pastors’ freedom of speech. He signed an executive order aimed at promoting religious freedom worldwide. He called out and punished communist China for large-scale human rights abuses and religious persecution of Uyghurs, Falun Gong practitioners, Christians, and others.

Trump secured three pay raises for military personnel and their families. He established the Space Force. He defeated ISIS terrorists in Syria and Iraq. He signed a $110-billion arms deal with Saudi Arabia, the largest ever. He took action against the Assad regime for its use of chemical weapons against civilians. Homelessness among veterans decreased by 49 percent in 2019 when compared to a decade ago. More than 600,000 veterans were employed through American Job Center services.

Trump promoted a pro-American lesson plan. He allocated $200 million per year for the education of women and minorities. He signed the FUTURE Act that approved $255 million annual funding for Historically Black Colleges and Universities (HBCU). He enacted the Strengthening Career and Technical Education for the 21st Century Act, giving 13 million students access to high-quality vocational education.

Trump nominated and confirmed more than 230 federal judges. All the Court of Appeals vacancies were filled for the first time in 40 years. Environmental protection: America achieved the largest carbon decline in the world in 2019. The reduction in carbon emissions made air cleaner by 7 percent between 2017 and 2019. Trump withdrew the U.S. from the Paris Climate Accord, after which America cut down more carbon emissions than any other country in the world.