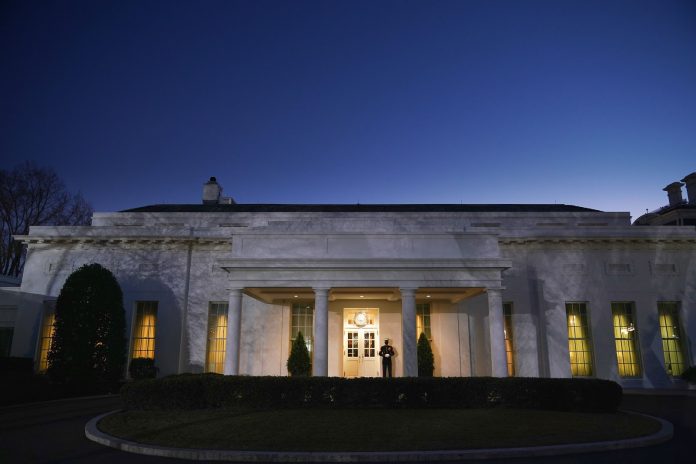 As the Trump administration’s final hours wound down on Jan. 19, the President wished the new administration luck and asked Americans to pray for its success, while some of the key members of his staff put the Chinese Communist Party (CCP) on blast for its persecution of Uyghur Muslims and Falun Gong practitioners.

Outgoing Secretary of State Mike Pompeo did not mince words with Beijing, describing the surveillance state in Xinjiang and the atrocities committed against Uyghurs nothing short of for “crimes against humanity” and “genocide.”

“This is a very serious and tragic set of actions that are taking place there in the Western part of China… This is forced labor, this is forced sterilization, forced abortions. The kind of things that we haven’t seen in an awfully long time in this world,” said Pompeo in an interview with Fox News America Reports.

Pompeo said that his department had conducted “an exhaustive review of the facts” and determined that the CCP has indeed not only committed the crimes they have been accused of, but seek to “deny these people, not just the Uyghur Muslims, but other faiths as well, the simple capacity to continue to exist.

“I’ve referred to this over time as the stain of the century. It is truly that.”

The Secretary of State released a strongly worded Press Statement on Tuesday titled “Determination of the Secretary of State on Atrocities in Xinjiang” where he called “the nature of the Chinese Communist Party” a ”Marxist-Leninist regime that exerts power over the long-suffering Chinese people through brainwashing and brute force.”

On a similar note, U.S. Ambassador at Large for International Religious Freedom, Sam Brownback, challenged the CCP for its 21-year-long persecution of the spiritual practice Falun Gong, as well as the forced organ harvesting of its adherents. Brownback wrote: “What does the number 6,600 mean? It’s the approximate number of practitioners that Falun Gong report the CCP arrested in 2020. How many times will the CCP harass and arrest Falun Gong practitioners for refusing to renounce their beliefs before the world confronts this injustice?”

In his farewell address, President Trump wished the incoming Biden-Harris administration luck and asked Americans to “pray for its success in keeping America safe and prosperous.”

“Four years ago we launched a great national effort to rebuild our country, to renew its spirit, and to restore the allegiance of this government to its citizens. In short, we embarked on a mission to make America great again for all Americans.”

“This week we inaugurate a new administration and we extend our best wishes. And we also want them to have luck, a very important word,” Trump said.

Trump’s approval rating on leaving office was 51 percent according to Rasmussen Reports, although all other polls show his approval rating between 29 percent and 47 percent. Trump expressed in the 19-minute address his gratitude to his family, Vice President Mike Pence, and his wife and family, Chief of Staff Mark Meadows, and all White House Staff.

The president again condemned the riots in the U.S. Capitol during the Jan. 6 Joint Session of Congress, saying that “all Americans were horrified by the assault on our Capitol.”

“Political violence is an attack on everything we cherish as Americans. It can never be tolerated. Now more than ever we must unify around our shared values and rise above the partisan rancor and forge our common destiny.”

Trump called himself the “only true outsider ever to win the Presidency” because he “had not spent [his] career as a politician, but as a builder looking at open skylines and imagining infinite possibilities.”

While Trump will join a small club of presidents who only served one term, he lauded his “America First” principles that benefitted a diverse range of Americans: “We reignited America’s job creation and achieved record low unemployment for African Americans, Hispanic Americans, Asian Americans, women, almost everyone.”

“Income soared. Wages boomed. The American dream was restored and millions were lifted from poverty in just a few short years. It was a miracle.”

But what the 45th President emphasized the most passionately was the values America’s founding fathers left to posterity more than 200 years ago.

“Above all, we have reasserted the sacred idea that in America, the government answers to the people. Our guiding light, our north star, our unwavering conviction has been that we are here to serve the noble everyday citizens of America. Our allegiance is not to the special interests, corporations, or global entities. It’s to our children, our citizens, and to our nation itself,” he said.

“We restored the principle that a nation exists to serve its citizens. Our agenda was not about right or left, it wasn’t about Republican or Democrat, but about the good of a nation, and that means the whole nation.

“No nation can long thrive that loses faith in its own values, history, and heroes, for these are the very sources of our unity and our vitality,” Trump said.