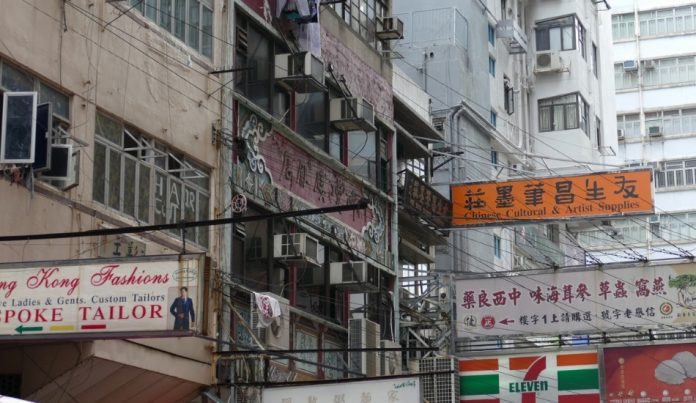 The government of Hong Kong has lifted lockdown restrictions that were imposed in the Jordan area of Yau Tsim Mong District in Kowloon. The lockdown was placed after incidents of coronavirus infections came to light. The Jordan area, which is home to roughly 7,000 people, is a densely populated region, which raised further concerns that the outbreak might spread rapidly. Authorities set up 51 temporary testing stations and discovered 13 infected people.

“Businesses in the area have been hit hard and brought to a standstill… The government hopes this temporary inconvenience will completely cut the local transmission chains in the district and ease residents’ worries and fear so that they will regain confidence in resuming social and business activities in the area, and return to a normal life,” the administration said in a statement.

Home Affairs Secretary Caspar Tsui has proposed that people who visited the restricted region for over two hours in the past 14 days should take COVID-19 tests or be subjected to a jail term of six months and fines of up to $HK25,000 ($3,225). The 13 cases of infections were found among members of nine families. The positive cases were admitted to isolation while around 20 people who had come into close contact with them have been placed at quarantine centers. Personal data of more than 7,000 Hongkongers was recorded for contact tracing. The administration has mobilized thousands of government workers to approach citizens, collect data, set up virus testing centers, and distribute food supplies.

Secretary for Food and Health Sophia Chan noted that making COVID-19 tests compulsory has proven to be effective. Since most people turned out for the test, the viral outbreak can be more easily contained. She suggested that authorities might impose such restrictions in the future. “If you look at the Hong Kong government’s testing strategy, that is the compulsory testing, the target group testing, plus the voluntary testing, the overall positive rate is also 0.17 percent so it is similar (to what we found in the restricted area in Jordan),” Professor Chan said to The Straits Times.

Hongkongers did face some inconveniences during the lockdown. Many people were unable to utilize their government distributed food packs as they did not have access to cooking facilities, or even, in some cases, a can opener. Business owners who have suffered losses due to lockdown will not receive compensation from the government, although Chief Secretary Matthew Cheung asked them to avoid cutting their employees’ salaries even though they may not have come to work. The government stated that such waste has now been removed from the street.

Cheung Chi-cheong, the vice-chairman of the Kowloon Fruit and Vegetable Merchants Association, asked the administration to notify them before imposing such lockdowns in the future so that fruit vendors can make the necessary arrangement to avoid losses. Since the Lunar New Year is approaching, the vendors had already arranged for receiving supplies of the fruit. If they had known that a lockdown was coming, they could have cut back their orders. However, Chief Executive Carrie Lam rejected the idea, stating that the administration will only announce future lockdowns when they are taking place, so as to prevent people from fleeing the region.

Hong Kong, with a population of approximately 7.5 million, has seen 10,000 cases of coronavirus infections and 169 deaths.

Hong Kong Deployed 3,000 Police to Block Tiananmen Memorials, but People Have Their Ways