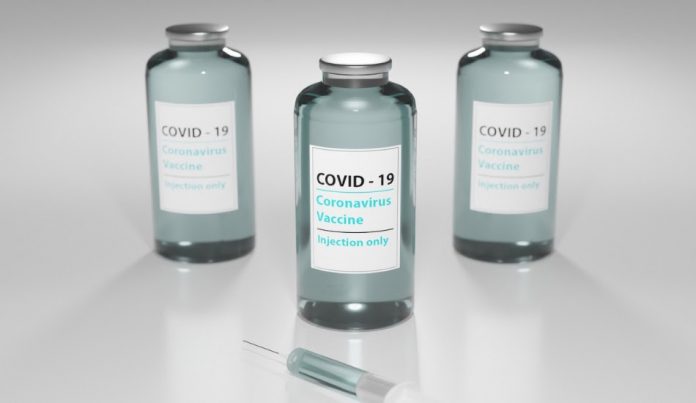 Biopharmaceutical company Pfizer expects to make a windfall from the CCP virus pandemic, hoping to earn $15 billion in 2021 from the sale of SARS-CoV-2 vaccines developed jointly with BioNTech.

Scientists projected calculated profit based on the number of doses they are scheduled to deliver this year. If Pfizer’s contracts change, revenue could increase or decrease.

According to a December report by The Wall Street Journal, Pfizer spent $2 billion to develop and manufacture the vaccine. The company expects pre-tax profit margins to be around the high 20 percent range. That means that $15 billion in sales could translate into $4 billion in profit after manufacturing and distribution costs and BioNTech’s cut are taken out. Chief Executive Albert Bourla praised Pfizer’s success in developing a SARS-CoV-2 vaccine in such a short period of time.

Considering the coronavirus epidemic dynamics, Bourla believes that there is potential for more “repeat business” of the vaccine. Pfizer believes that the COVID-19 vaccine could end up becoming a “durable” part of its business. The vaccinations may likely have to be boosted over time with additional shots needed to maintain a high immunity level. As newer viral strains emerge, new vaccines will need to be developed and distributed. Overall, it provides a huge opportunity for vaccine makers like Pfizer.

In terms of total revenue for 2021, Pfizer predicts it to be between $59.4 and $61.4 billion. However, this is dependent on the vaccine business. Umer Raffat, Evercore ISI analyst, said that the $15 billion predictions are based on the number of doses the company has agreed to produce under existing contracts. It is not even half the 2 billion doses that the company plans to make.

If Pfizer can fully monetize its production capacity, the revenues will inevitably be enormous. The company has already sold 65 million vaccines worldwide and supplied 29 million in the U.S. By the end of May, Pfizer expects to provide 200 million doses of its vaccine in the U.S.

“Following the spinoff of Viatris, [we] believe Pfizer has a strong growth profile as the innovative pipeline can have a more meaningful impact on growth… We believe Pfizer will use its strong cash flow, particularly this year, to invest in internal innovation, acquisitions, and returning cash to shareholders,” Edward Jones analyst Ashtyn Evans wrote to shareholders.

Australia’s medical regulator, the Therapeutic Goods Administration (TGA), has cleared Pfizer’s vaccine for the elderly population. It had come under intense scrutiny following the death of 30 vaccinated people in Norway. TGA stated that the deaths only occurred among very frail patients, including people who only had a few weeks or months to live. Prime Minister Scott Morrison said that Pfizer had been given formal approval in Australia rather than limiting it to emergency use as many other countries have allowed.

“We are one of only a handful of countries to have gone through such a comprehensive and thorough level of oversight to ensure the vaccines are safe… Our aim is to offer all Australians the opportunity to be vaccinated by October of this year, commencing in just a few weeks’ time… Our guidance, I stress, is that first vaccinations remain on track to be in Australia, ready for shipping and distribution to priority groups from late February,” he said in a press release. Pfizer is the first vaccine to be approved in Australia. The government has agreed to buy 10 million doses.