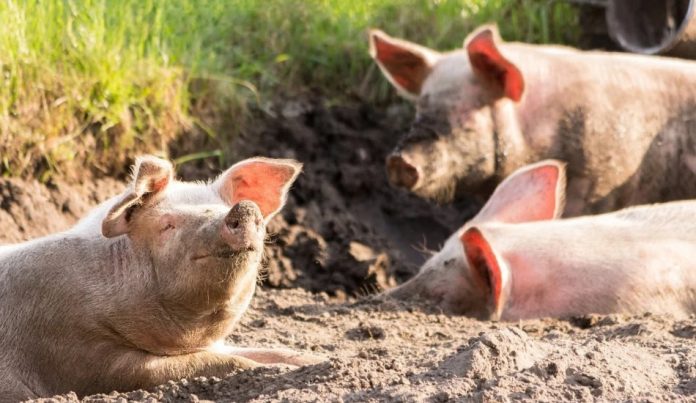 A new wave of African Swine Fever (ASF) is spreading through pig farms in China. Industry experts say it’s not the result of natural causes. It’s due to farmers injecting pigs with illicit vaccines. It comes when the country is under the stress of new outbreaks of the novel coronavirus. China is the largest producer of pork in the world.

In 2019, China’s pig population fell by 40 percent due to ASF. In 2020, the pig industry rebounded as the shortage had spiked prices and netted pig farms enough profit for business development and expansion.

The National Bureau of Statistics claimed that China’s 2020 pork output only fell by 3.3 percent from a year before to 41.13 million tons. This statistic had surprised many experts who had predicted that the decline would be somewhere around ten percent to 15 percent.

But pig farm owners were then hit with a new threat – a wave of ASF infections that the increased use of illicit vaccines had triggered. Chinese authorities are working on an ASF vaccine with scientists from the Harbin Veterinary Research Institute. Their vaccine in development has seven genes deleted.

However, some pig farmers have resorted to using vaccines from dangerous sources. Among these illegal vaccines, a double-gene deleted vaccine is the one responsible for triggering the ASF outbreak.

According to Dr. E. Wayne Johnson, a US pig veterinary consultant in Beijing, even though the two deletions weaken the virus, it does not make them innocuous. Instead, the weakened virus forms a milder version of the ASF disease. Since the vaccine is illegal, it’s unknown how many vaccines were injected into the pigs.

“It is officially forbidden to vaccinate with the bootleg ASF vaccine, but there are indications that vaccination is still continuing, as ASF is widespread in many regions of China and farmers feel desperate and consider that they have limited options. The introduction of the double-gene-deleted vaccine is an unwanted complication to a ghastly problem and an epidemiologic situation that is wildly out of control,” Johnson told Pig Progress.

In August, the Chinese Ministry of Agriculture and Rural Affairs had launched a crackdown on the production of illegal ASF vaccines. Provincial authorities were tasked with inspecting pig farms, drug producers, and veterinary labs to find more information on these illegal vaccines sold throughout the communist regime. Though some people have been arrested, the illicit vaccines apparently continue to be produced and sold to pig farms. The farm owners, who are under pressure to keep their business afloat due to the threat of ASF, get conned by the illicit vaccine sellers.

The upcoming Lunar New Year festival has meanwhile triggered a rise in food prices. However, the prices of pork seem to have declined. In December, pork prices fell by 1.3 percent due to a recovery in stocks. “Consumer prices may slip back into deflation over the next couple of months due to a jump in pork prices a year ago, but this should prove temporary,” Capital Economics’ senior China economist Julian Evans-Pritchard told RTE. Iris Pang, chief economist for Greater China at ING, expects pork prices to stabilize after winter.

Honeywell, a major American aerospace and engineering firm, has been fined 13 million dollars by the U.S. Department of State for transferring critical military...
Read more
China