Republicans and Democrats Agree on Impeachment Rules and Time Frame 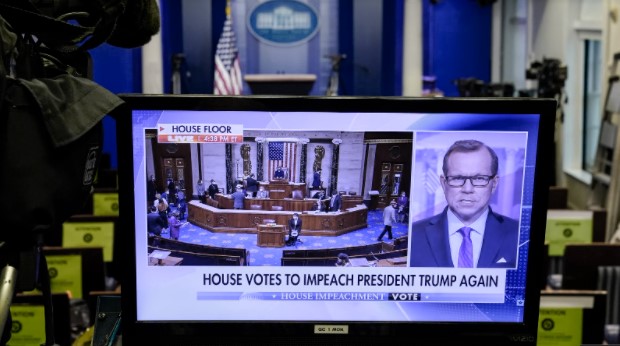 Republican and Democrat senators have agreed upon the timeframe and rules observed during Trump’s impeachment hearing. Senate Majority Leader Democrat Chuck Schumer said that he had consulted Trump’s legal team, Senate Minority Leader Republican Mitch McConnell, and House Democratic impeachment managers to agree to preserve due process. McConnell said that the deal would provide senators and jurors enough time to receive both the case and arguments.

The Office of Donald J Trump issued a statement confirming that Trump and his legal team are ‘pleased’ with the agreed impeachment schedule.

“We appreciate that Senate Republican leadership stood strong for due process and secured a structure that is consistent with past precedent… This process will provide us with an opportunity to explain to Senators why it is absurd and unconstitutional to hold an impeachment trial against a private citizen,” the statement said.

According to the agreement, four hours will initially be dedicated on Tuesday to debate whether the trial needs to move forward or be dismissed. 45 Republican senators had already voted in support of rejecting the impeachment. Since impeaching Trump needs 67 votes and Democrats only have 50, impeachment is likely to fail.

There is even a possibility that both parties might not proceed with the trial. But in case the trial does go on, 16 hours will be allocated for each side to explain their case. This process begins on Wednesday at 12 PM ET.

For the next stage, four hours are allocated for senators from both parties to question each other. The time limit can be extended if case documents or witnesses need to be subpoenaed.

It is unknown whether witnesses will be called during the trial. Schumer said that if impeachment managers want to call in witnesses, there will be a request vote. Equal time is given to senator questions and closing arguments. If the Senate wishes to hold a deliberation on the issue, necessary time will be allocated. Finally, the Senate will vote on the article of impeachment.

Republican Senator Lindsey Graham recently stated that the impeachment trial’s outcome is “really not in doubt.” He expects Trump not to be convicted. The majority of Republican senators share his sentiment.

But Democrat Claire McCaskill predicts that many more Republicans than expected will vote to convict Trump at the Senate trial. However, she too is not confident that the Democrats will be able to get 17 more Republicans needed to impeach the former president.

Democrats like Representative Jamie Raskin are threatening to punish Trump for not testifying at the impeachment trial. Scholar Jonathan Turley says this complaint is entirely unconstitutional.

“The statement conflicts with one of the most precious and revered principles in American law that a refusal to testify should not be used against an accused party… Central to this right is the added protection that the silence of an accused cannot be used against him in the way suggested by Raskin. There was a time when members of Congress not only respected this rule but fought to amplify it… The Supreme Court has been adamant that the type of inference sought by Raskin is abhorrent and abusive in courts of law,” Turley states in an article.