Home US House Introduces Bill to Deny U.S. Visas to CCP Politburo in Intellectual...
US 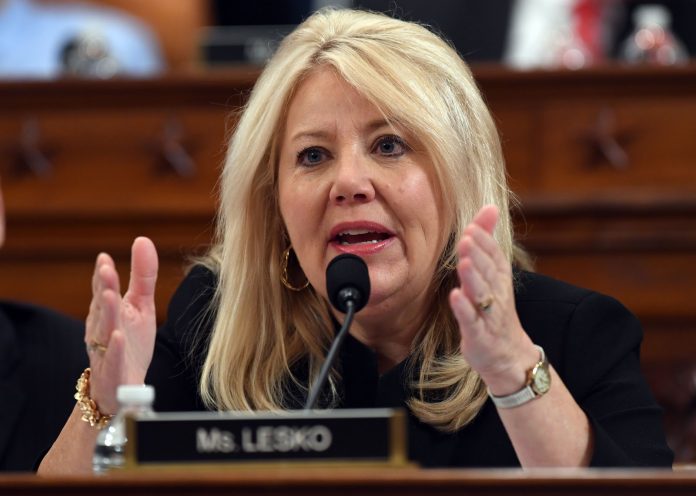 Republican Congresswoman Debbie Lesko from Arizona recently reintroduced a bill that seeks to block people who have ties with the Chinese Communist Party or the Chinese military from procuring visas to the United States.

Lesko said in a statement:

The primary targets of the bill are officials from China’s politburo. That represents the top 25 members of the CCP as well as their spouses and children. Also, members who form the delegation of the 19th National Congress, active-duty Chinese military personnel, and cabinet members from the central government will be blocked from getting US visas.

Only when the Director of National Intelligence (DNI) confirms to the Judiciary committees in both chambers of Congress that China has stopped stealing American IP would the visa ban be lifted.

Taking decisive action against communist China’s U.S. IP theft was something that former President Donald Trump had pursued. During his administration, the Justice Department prosecuted several Chinese and American people who had stolen intellectual property for the communist regime. The phase one trade deal between China and the U.S. put special attention on the issue. The  Trump administration demanded that Beijing take concrete steps to address IP theft.

Now the Biden administration must pressure communist China to strictly implement these laws and take additional measures to protect American IP. Biden has promised to pursue the path set by Trump. During her Senate confirmation hearing, US Secretary of State Janet Yellen called communist China the United State’s most important and strategic competitor.

Yellen said at the hearing:

“We need to take on China’s abusive, unfair, and illegal practices. China is undercutting American companies by dumping products, erecting trade barriers, and giving illegal subsidies to corporations… It’s been stealing intellectual property and engaging in practices that give it an unfair technological advantage, including forced technology transfers.”

A 2019 survey conducted by CNBC found that almost a third of North American companies had reported intellectual property theft over the previous decade. Some examples of high-profile IP theft include hacking the US defense systems for access to military jet aircraft advancements and stealing wind turbine tech from American Superconductors. According to estimates, communist China’s IP violations result in an annual loss of $225 to $600 billion to the American economy.