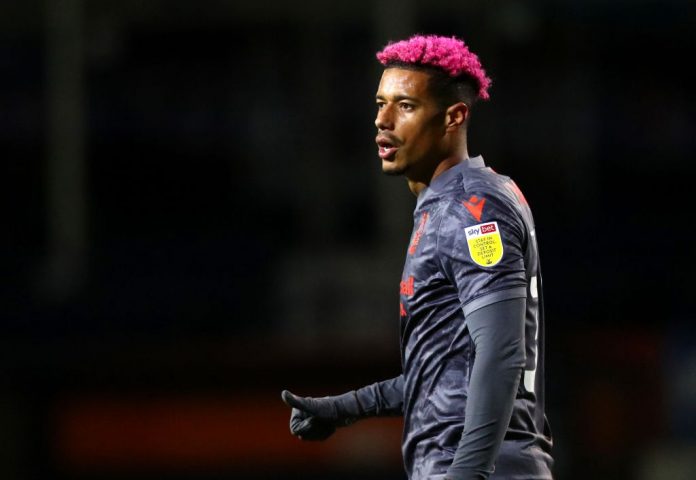 In an interview with English radio station Leading Britain’s Conversation, Taylor said, “I took the decision because I felt that enough was enough… not enough people have looked into the organization that has brought this all to the fore.”

“But by the same token we are hanging our hat on a Marxist group who are… looking to defund the police, they’re looking to use societal unrest and racial unrest to push their own political agenda, and that’s not what black people are, we’re not a token gesture or a thing to hang your movement on just because it’s what’s powerful and it’s what’s going on at the moment.”

“I said before that I agree with the message that black lives do matter, and something needs to be done about that to actually teach the message.” — Lyle Taylor, Nottingham forest footballer.

Taylor said he feels it’s unfortunate that white players cannot decline the kneel without being branded racists and that he, himself, has been branded racist and been the target of racism in the past for refusing to take a knee, despite his skin color.

Taylor’s comments about BLM’s Marxist roots are supported by the views of the movement’s founders. Black Lives Matter co-founder Patrisse Cullors stated in a 2015 interview with Real News Network that BLM was founded by community organizers in the same vein as the infamous Saul Alinsky, “Myself and Alicia, in particular, are trained organizers,” referring to co-founder Alicia Garza.

“We are trained Marxists. We are super-versed on, sort of, ideological theories. And I think that what we really tried to do is build a movement that could be utilized by many, many black folk,” Cullors said.

Cullors told Democracy Now! in a 2018 interview that she was a trained community organizer with the Labor Community Strategy Center, which touts itself as an appreciator of the U.S. Communist Party and “especially black communists,” according to the New York Post.

“The Communists disdain to conceal their views and aims. They openly declare that their ends can be attained only by the forcible overthrow of all existing social conditions” and “Communists everywhere support every revolutionary movement against the existing social and political order of things.”

The riots were often described as “mostly peaceful” by apologetic big media and relied almost entirely on “outrage” over the death of George Floyd as a pretext to inflict millions of dollars in damage to cities and businesses.

In an interview with Crossroads in December, author of The Devil and Karl Marx, Paul Kengor, described why violent leftist groups appear at events ranging from those that target statues of founding fathers to gender and racial equality, “If it has to do with supporting a revolutionary movement against the existing social and political order of things, they’ll be there to burn down the house,” said Kengor.

“It’s all about takedown, about tearing things down. This is a very radical, destructive ideology.”

In October, Australia’s National Rugby Team the Australian Wallabies voted unanimously to stop taking a knee before games in support of BLM.

“Everyone has got their own opinions around the other situation but we want the focus to be around reflecting on our history and our past. Our focus is around the First Nations people and the Indigenous jersey; we’re not looking to make a political statement,” said coach Dave Rennie in a teleconference.