Home US Perseverance – Mars’ Third Visitor this Month
US 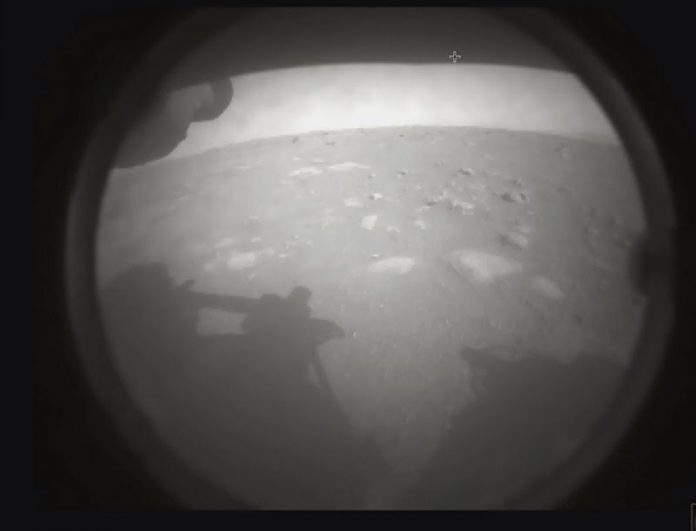 On Thursday, after “seven minutes of terror,” NASA’s Perseverance, a rover loaded with sophisticated and innovative technology, touched down safely on the surface of Mars.

Seven months had elapsed between its launch in Florida and eventual arrival in Jezero Crater, Mars. The materials and information collected and experiments conducted over the next two years could make history and lay the groundwork for unprecedented space exploration.

The Mars 2020 mission’s key objectives are to 1- explore the geologically varied landing site, 2- look for signs of ancient life, 3- gather samples of rock and soil that could be sent to Earth in a future NASA mission, 4- demonstrate pilot aerial technology.

Jezero Crater, measuring 28 miles (45 kilometers) wide, is located in the red planet’s northern hemisphere. Around 3.5 billion years ago, a river flowed into a body of water the size of Lake Tahoe, depositing various sediments in a fan-shaped delta. The basin may hold preserved organic molecules and rare signs of otherworldly life.

February has been an eventful month for Mars, with three missions arriving within orbit in the past two weeks. The United Arab Emirates (UAE) slipped the Hope probe into Mars’ orbit on Feb. 9, making it the fifth nation or entity to do so successfully. UAE will operate the probe as a weather satellite.

On Feb. 18, the Mars 2020 rover survived a climactic landing that NASA dubbed the “seven minutes of terror.” At NASA’s mission control, engineers could only watch and wait while the preprogrammed craft entered the Martian atmosphere at about 12,100 mph. A parachute and a sky crane, or rocket-steered platform, lowered the rover down to the surface.

After Perseverance’s two-year exploration of the landing site region is complete, NASA will partner with the European Space Agency to execute an initiative to return the samples to Earth. In this upcoming mission, a small rover will be launched to Mars. It will load the cached samples onto a canister that will be propelled into the Martian orbit. Afterward, a separate spacecraft will retrieve the basketball-size container from orbit and return to Earth in 2031.

Perseverance is outfitted with several innovative instruments, including the advanced Mastcam-Z camera system with panoramic and stereoscopic imaging capabilities, which will help investigate the surface’s mineral properties and serve other support functions. SuperCam will assist with imaging, chemical composition analysis, and mineralogy.

If MOXIE successfully uses Martian atmospheric carbon dioxide to produce oxygen, future astronauts may use the technology to create oxygen for breathing and producing rocket propellant.

Nestled under Perseverance’s belly is the 4 pounds (1.8 kilograms) Mars Helicopter, Ingenuity, a technology project with no attached scientific instruments. Ingenuity has a height of 19 inches (0.49 meters) and a rotor system span of 4 feet (1.2 meters). The craft aims to demonstrate that rotorcraft flight is feasible in the thin Martian atmosphere. If successful, it would make history as the first powered, controlled flight on another planet.

Ingenuity is solar-powered and self-recharged, with internal heaters that will help the machine survive through the freezing Martian nights. The craft features a wireless communication system, computers, navigation sensors, one color camera, and one black-and-white camera.

Five test flights will be attempted within a 30-Martian-day (31-Earth-day) demonstration window. If successful, NASA will move on to more ambitious projects. Advanced robotic flying vehicles could supplement robotic or human Mars missions in many aspects, including offering unique viewpoints, snapping high-definition images, accessing difficult-to-access terrains, and carrying vital payloads between sites. The experimental test flight results will guide scientists’ decisions on whether small helicopters can be used in future Mars missions, either as robotic scouts or standalone research machines.

The Earth’s sister planet will be studied intensively by its recent visitors in the upcoming years. With groundbreaking innovations in technology, materials, and information collected and experiments conducted by the Perseverance mission, it could make history and lay the groundwork for unprecedented space exploration.