Home US Six Dr. Seuss Books Will No Longer Be Published Due to ‘Stereotypical’...
US

Six Dr. Seuss Books Will No Longer Be Published Due to ‘Stereotypical’ Illustrations 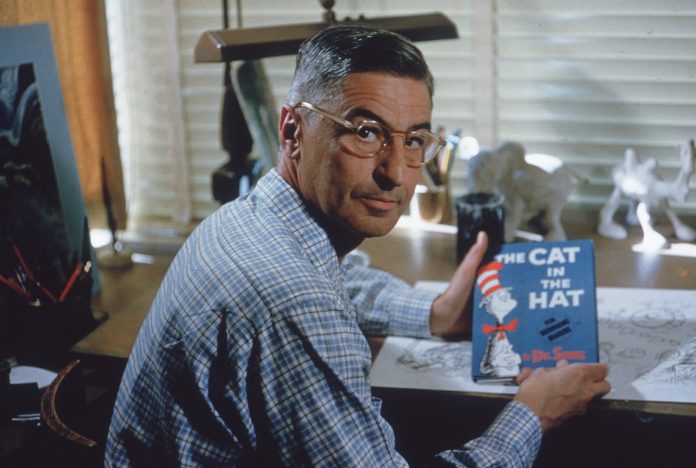 Dr. Seuss Enterprises has decided to stop publishing six Dr. Seuss books due to depictions of imagery some may find racist, insensitive, or even “disturbing,” according to an official statement on the Dr. Seuss website. Dr. Seuss Enterprises told the AP that the decision was made about a year ago, after months of discussions.

Sales of the Dr. Seuss books that will now cease to be published spiked on Amazon since the announcement. 20 of the 30 Top “Mover and Shakers” on Amazon are Dr. Seuss books, with “If I Ran the Zoo” at number one with a 16,684,200 percent increase in sales and “And to Think I Saw it on Mulberry Street” at number two with a 7,085,893 percent increase in sales as of March 2. In addition to those, “McElligot’s Pool,” “On Beyond Zebra!,” “Scrambled Eggs Super!,” and “The Cat’s Quizzer” will also no longer be published.

The lives and times of Theodor Seuss Geisel

Theodor Seuss Geisel, who is better known as Dr. Seuss, was born in Springfield, Massachusetts, on March 2, 1904, and passed away on Sep. 24, 1991, at 87.  According to Forbes, he is the second-highest-paid dead celebrity. His estate nearly doubled its income in 2020, earning $33 million.

National Read Across America Day started in 1998 (on Mar. 2 in honor of Dr. Seuss’s birthday) to promote literacy. On this day, Seuss Enterprises decided to announce to the public that the six books will no longer be published.

On National Read Across America Day in 2016, former President Barack Obama praised Dr. Seuss as being “one of America’s revered wordsmiths” and claimed that he “used his incredible talent to instill in his most impressionable readers universal values we all hold dear. Through a prolific collection of stories, he made children see that reading is fun, and in the process, he emphasized respect for all; pushed us to accept ourselves for who we are; challenged preconceived notions and encouraged trying new things; and by example, taught us that we are limited by nothing but the range of our aspirations and the vibrancy of our imaginations. And for older lovers of literature, he reminded us not to take ourselves too seriously, creating wacky and wild characters and envisioning creative and colorful places.”

The official statement on the Dr. Seuss website, titled “DR. SEUSS USE OF RACIST IMAGES,” says that, “These racially stereotypical drawings were hurtful then and are still hurtful today. However, Ted’s cartoons and books also reflect his evolution. Later works, such as The Sneetches or Horton Hears a Who!, emphasize inclusion and acceptance. Ted would later edit some of his inappropriate images, depicting his characters more respectfully.” They mention that a lonely Asian character in And to Think That I Saw It on Mulberry Street was originally referred to as a “Chinaman” and showed his skin color as yellow; However, a later reprint changed the yellow skin and term “Chinaman” to “a Chinese man.”

The statement on the Dr. Seuss website comes to the conclusion that although some of his imagery is unacceptable, his “later works show an evolution of values and beliefs. Those who knew him believe that if he were alive today he would have jumped at the chance to be a part of the country’s evolving dialogue about diversity and inclusion.”

Previous articleGeorgia: Omnibus Election Reform Bill Gets Passed by the House
Next articleThe Guqin: Playing Music From the Heart