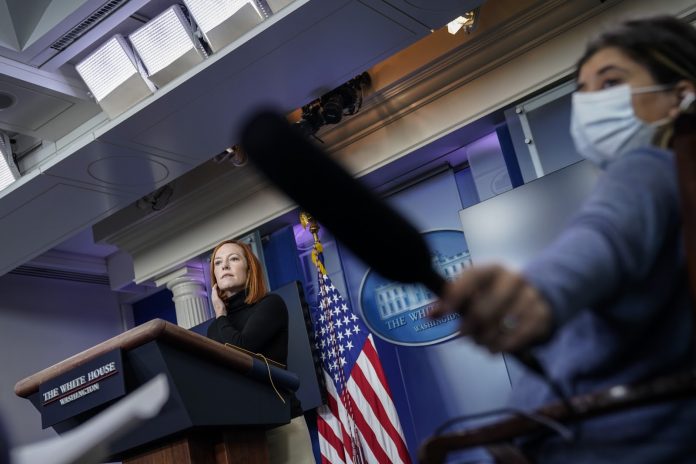 Since assuming the presidency, the White House’s administration has introduced tighter coronavirus restrictions on reporters entering the White House. Firstly, the number of pre-approved journalists was limited to 80 on any single day. Each journalist had to take a COVID-19 test before 1 PM; this test was done free of charge. Moving forward, the White House has decided to charge $170 per reporter for the tests, attracting criticism from media outlets.

Zeke Miller, President of the White House Correspondents’ Association (WHCA), announced these email restrictions. He said that the decision to impose fees was due to the White House’s budgetary constraints. The association fears that additional costs can be prohibitive for some news outlets.

“It is, of course, well-established that news organizations pay for reporters’ use of certain resources, like seats on government planes or the meals journalists are served while in pool holds. But it is our belief that the establishment of the unique security infrastructure that surrounds the White House, to include this new daily testing requirement, should fall on the government, not journalists working to inform the public,” Miller said in the email.

Media outlets have always paid their journalists’ expenses covering the White House. This includes payments for meals for journalists when they accompany the president on certain assignments, temporary office space during presidential trips, and the cost of traveling on Air Force One, for example. However, the costs of health and security were always paid for by the White House. The new rule has therefore met with strong resistance from news organizations.

TV Networks usually send about eight people per day to the White House. Media outlets will now have to pay an additional $1,360 daily to pay for the CCP virus tests. Except for a few major news channels, the new rule will make it difficult for smaller outlets to send reporters to the White House.

After complaints from the press, the White House announced that they would accept outside tests as proof for entry. However, outside tests can cost anywhere from $50 to $200. It has been suggested that the White House allow reporters who have received coronavirus vaccinations. But since it is unclear whether vaccinated people can pass on the virus to others, this suggestion will likely not be implemented. The new policy is in effect starting this week.

The Biden administration provides states with estimates of expected vaccine shipments months ahead of time. At present, such estimates are made weeks ahead of the actual shipment. The policy is expected to help states better plan vaccination campaigns. It also indicates that vaccine production is now stable enough to be forecasted several months in advance with confidence.

The weekly vaccine shipments to states have risen from 8.6 to 14.5 million doses. With Johnson & Johnson’s vaccine being granted emergency use authorization, vaccine supply is only set to increase. Almost four million doses of vaccines could be distributed per day in March, which translates to 28 million weekly doses.