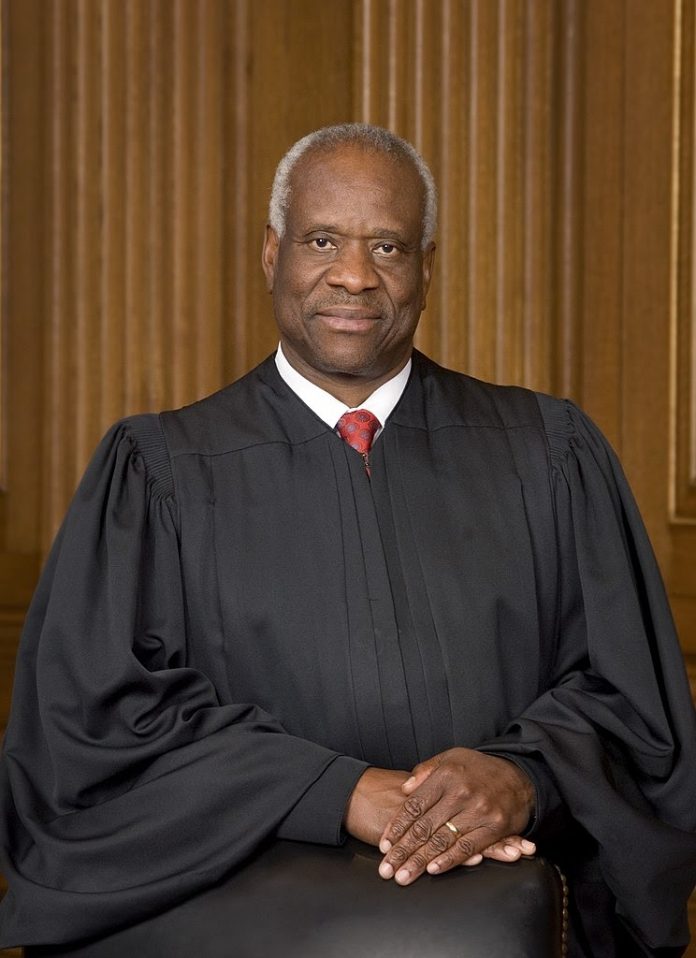 Amazon removed a documentary last month on Supreme Court Justice Clarence Thomas. The second black person to sit on the Supreme Court, Thomas, was well-known for his conservative stance.

The documentary ‘Created Equal: Clarence Thomas in His Own Words’ details Thomas’s rise from poverty to success and explores his thoughts on judiciary, religion, politics, and race.

Created Equal began streaming on Amazon last October. It was taken down on Feb. 8, a little over one week into what is celebrated as Black History Month. According to director Michael Pack, the documentary distributor asked for an explanation from Amazon but received no reply.

Though Pack admits that Amazon has the right to pull off videos from their site without an explanation, he found it disturbing that the streaming platform censored the documentary.

In an interview with The Wall Street Journal, the director notes that ‘Created Equal’ was doing well on the platform, even hitting the number one spot for some time. Since documentaries faring worse remain on Amazon, he does not believe that it was removed due to a lack of audience.

Pack points out that several people have complained about the censorship, yet Amazon has refused to put it back up.

“Clarence Thomas, to my mind, is the most important African-American leader in America today… I don’t think Amazon should get away with doing these things without suffering at least some PR consequences… De-platforming will go on if people don’t write about it and complain about it,” he said in the interview.

Created Equal covers Thomas’ controversial 1991 confirmation hearings during which he was accused by law professor Anita Hill of sexual harassment. During the hearings, the Chairman of the Senate Judiciary Committee was Joe Biden, who is seen in the documentary’s archival footage.

Many people link politics to the removal, which happened barely one month after Biden became president.

Thomas is one of the many black conservative voices that have been silenced in recent years by the increasingly authoritarian big tech platforms. Last Year, Amazon denied the streaming of black conservative scholar Shelby Steele’s documentary ‘What Killed Michael Brown,’ a decision Shelby says was motivated by white guilt.

The documentary explores racial topics that would make the Black Lives Matter movement’s followers uncomfortable; Amazon eventually picked it up after public pressure built up on the platform.

Standing up for integrity

Thomas had recently criticized a Supreme Court decision not to take up lawsuits that challenged a Pennsylvania state court decision to relax ballot integrity policies for the 2020 presidential race.

The relaxed measures involved a decision to extend the deadline of ballot receipts for the Nov. 3 election by three days. Thomas noted that “changing the rules in the middle of the game” is a bad move.

“That decision to rewrite the rules seems to have affected too few ballots to change the outcome of any federal election. But that may not be the case in the future… These cases provide us with an ideal opportunity to address just what authority nonlegislative officials have to set election rules and to do so well before the next election cycle. The refusal to do so is inexplicable,” Thomas said in a statement.