Canada’s Hotel Quarantine Scheme: Anything but Rest and Relaxation 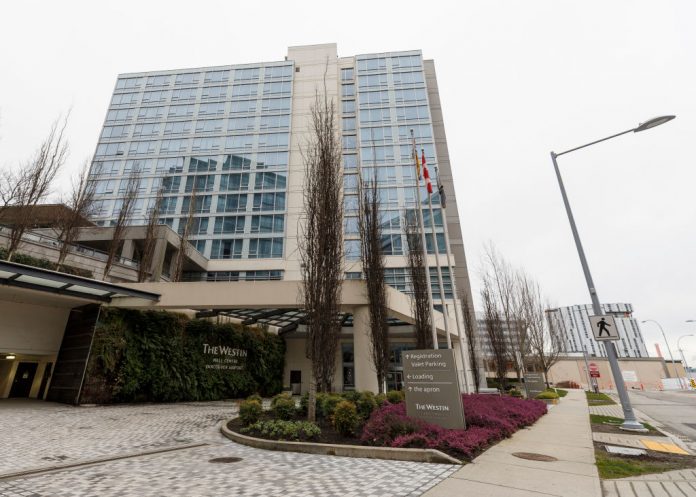 On Feb. 12, Prime Minister Justin Trudeau unveiled his Canada hotel quarantine measures to battle against the SARS-CoV-2 novel coronavirus pandemic. Travellers entering Canada would be required to quarantine in a government-appointed hotel for three days at their own expense, following their arrival in Canada, before being required to quarantine for 14 total days of their own accord.

Canadian citizens are not exempt from the scheme. Penalties for violating the mandatory quarantine requirements are a maximum of $750,000 in fines and/or 6 months in prison.

Trudeau’s Liberal government issued the measures under the claim of “trying to keep people safe and keeping Canadians safe who are entering or reentering Canada,” according to comments he gave reporters outside of Rideau Cottage on Feb. 12. The Canada hotel quarantine scheme is to ensure entrants and reentrants to Canada have tested negative for Coronavirus Disease 2019 (COVID-19) with a polymerase chain reaction (PCR) test. The idea is to forcibly quarantine arrivees for the duration of time required to receive their test results after landing. This test is in addition to a negative PCR test which travellers must produce 72 hours before boarding departures to Canada.

“We’re aware that we need to be thoughtful and compassionate about people who are in extremely difficult situations and absolutely need to travel. We’re not trying to punish people,” said the Prime Minister.

Currently, flights to Canada are only being accepted at the Calgary, Vancouver, Toronto, and Montreal international airports. Travellers entering Canada are required to book and pay for their hotel quarantine through a Government of Canada portal before being granted entry by the Canada Border Services Agency.

When the Canada hotel quarantine scheme was first announced, Trudeau said the average price travellers could expect to pay for a three night stay was approximately $2,000 CAD. Health Minister Patty Hajdu summarized the costs as including “costs associated with the room, food, cleaning, infection prevention and control measures, and security as well as transportation,” according to the CBC.

The Canada hotel quarantine program has not met with a warm reception and appears to have several shortcomings in its implementation. For example, compliance with the program is being left up to individual travellers. The National Post reported that some individuals simply walked out of Toronto Peel Regional Airport unchecked.

“Unless there are some serious or aggravating circumstances where the public safety is at risk, we are not…detaining individuals who are not complying with the regulations under the Quarantine Act,” said Akhil Mooken, a spokesperson for Peel Regional Police in an interview with the National Post.

A Feb. 23 article in the Globe and Mail blasted the Canada hotel quarantine protocol because inbound travellers were required to find their own way to their quarantine hotel. “There is no comprehensive, controlled plan for moving international travellers from the airport to their quarantine hotels. They can take their own cars if they are parked at the airport and also pinky promise not to stop anywhere along the way. Or they can take taxis or limousines and potentially expose a new person on the route,” states the article.

The hotels contracted by the government for the Canada hotel quarantine program are also permitted to continue to host regular guests, so long as they are on a separate floor and can use separate elevators.

On March 1, Rebel News reporter Keean Bexte returned from Orlando, Florida where he attended the Conservative Political Action Conference (CPAC) and reported on the state’s vaccination drive. Part of Bexte’s purpose of travelling was to return amid the Canada hotel quarantine program and document the experience.

When Bexte landed at the Calgary International Airport, he told Canada Health officials from the lobby of an empty airport that he did not want to take an “invasive test,” in the form of a nasal swab because Section 14 (1) of the Quarantine Act states that the government may only test with a technology “that does not involve the entry into the traveller’s body of any instrument or other foreign body.”

Upon his objection, Bexte was met by a white male in his twenties, wearing a toque and a red Government of Canada vest. He did not share his name, but identified himself as “from public health.” The man told Bexte if he didn’t want to take a nasal swab PCR test “that’s your prerogative” and “we will put it out to local law enforcement to see if they will take any action for non-compliance.” The man conceded his department lacked the legal authority to force Bexte to give a nasal swab test, admitting “currently we don’t have any non-invasive tests.”

Bexte challenged the official as to why he would be reported to law enforcement when he wasn’t refusing a test and simply exercising his right under the Quarantine Act to be tested without “entry into the traveller’s body,” the man replied “Because this is a public health emergency order…so if you’re non-compliant then we do have to flag you up.” When the Rebel reporter advised he would be calling his lawyer for advice, the man said “I will not be speaking to your lawyer” and walked away, leaving Bexte standing alone in the middle of an empty Calgary airport.

Bexte walked out of the airport without harassment before driving himself to the Acclaim Hotel, approximately 3 kilometers away, which was also hosting regular guests. He checked in without issue and documented himself being escorted by a security guard to a floor where the deadbolts on the doors had been removed and tupperware bins were placed outside each room for staff to drop off meals and collect garbage from simultaneously.

Bexte was told he would be given four 15-minute fresh air breaks per day and would have the ability to order meals. On his first night, Bexte documented his attempts to contact the front desk as the hotel phone went unanswered when dinner was over four hours late.

“The risks of me being in this hotel are greater with me being here than if I just went home. These hotels should be closed down…this is a joke. This is dangerous for women who are travelling…it’s dangerous for everyone,” said Bexte.

During a follow up video, Bexte said he left his keycard in his room during one of his four fresh air breaks and was granted access to his suite by a security guard who appeared to have a universal keycard. Bexte kept a desk chair propped up against the doorknob of his suite for the duration of his stay afterwards.

On Feb. 24, a man was charged after sexually assaulting a woman confined to a Montreal quarantine hotel. The woman told CTV, the accused “came into her room, refused to leave, partially undressed and touched her against her will, only leaving when she threatened to scream.”

The woman says she arrived in Canada on Feb. 16, before Trudeau’s Canada hotel quarantine program officially became mandatory, and was told when she arrived at the airport that her PCR test was invalid and she would be confined to federal quarantine. She says she was not told where she was being taken and was told she was not allowed to disclose her location or post on social media, but the location turned out to be a Sheraton hotel.

For breakfast, Bexte ordered crepes and waffles. He was served what appeared to be two plain freezer-isle waffles and a plain crepe in a white styrofoam takeout container with no condiments or toppings. He described them as “ice cold and stale.”

“I had to pay for this,” said Bexte in an interview with fellow Rebel reporter Sheila Gunn-Reid, who called Bexte from the parking lot of the hotel. Gunn-Reid noted an Italian eatery, Pacini, which is open, sharing the same parking lot as the hotel. “I had to pay over… they’re asking people for $2,000 in some cases for these hotels and they’re giving us food like we’re prisoners. They treat prisoners better than this, right? Prisoners at least get their garbage food for free,” he said, noting that he is not allowed to purchase takeout from other restaurants during his hotel quarantine.

For his three night quarantine, Bexte was charged $960.40 CAD, which comprised $825.00 for the room and $135.40 in taxes. Alberta does not have a sales tax and only charges the 5 percent federal Goods and Services Tax. Additional taxes noted on Bexte’s bill were a 4 percent Alberta Tourism Levy and a 3 percent Destination Marketing Fund levy. It is unclear where the additional $36.40 charged was allocated.

On the Acclaim Hotel website, the cost for booking a three night stay in a single bedroom suite over the weekend of March 12, complete with “Cooked to Order Breakfast” at the hotel restaurant, came out to $450.51 CAD with all taxes and fees included.

Bexte walked out of the hotel of his own volition two days early without any attempt by hotel staff to stop him, “I am going to my car, and I’m going to go home. I’m going to see my dog, see my partner, and I’m going to quarantine, I’m legally obligated to. I’m going to do it. But you know, I’m grateful that I was able to tell this story from inside of a COVID jail,” he said on the way to his car in the parking lot.

On Monday, March 8, the Canadian Constitution Foundation filed a constitutional legal challenge in the Ontario Superior Court of Justice seeking an immediate halt on the Canada hotel quarantine program.

Previous article10 Ways to Keep Your Nails Beautiful Naturally
Next articleThe Power of Kindness: Kong Yong Quells a Rebellion Without a Fight