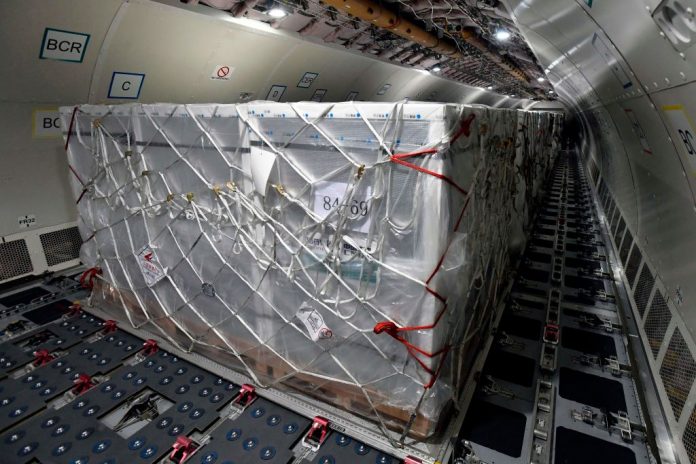 The European nation of Hungary has found itself in a quandary as, despite its prolific distribution of COVID-19 jabs through vaccine diplomacy from any source it can find, especially China, the small nation of 9.7 million suffers from the highest per capita mortality rate in the world, according to official data.

According to Associated Press, Hungary has distributed at least one dose of a vaccine to 21.6 percent of its population, far exceeding the European Union average of 12.3 percent. Despite the high rate of vaccination, Hungary suffers from a per capita daily death rate of more than 175 citizens per million according to Bloomberg, sourcing data from John Hopkins.

Prime Minister Viktor Orban, in his dissatisfaction with the EU’s official rollout, went to China and Russia to secure whatever doses he could get his hands on, being the first to approve the Chinese Communist Party’s (CCP) Sinopharm inactivated virus vaccine and Russia’s Sputnik V adenovirus vector vaccine.

On March 22, Orban’s administration gave emergency authorization to a Chinese adenovirus vector variant from CanSino and an inactivated virus variant from India’s Covisheild, bringing the number of different vaccines distributed in Hungary to seven, including the Astrazeneca, Moderna, and Pfizer-BioNTech versions.

According to AP, Orban, at a press conference on March 26, painted vaccination as his country’s hope in the pandemic, “Vaccination is our primary, our only means of defense against the virus.” He also promised his people a happy future when he said, “I have no doubt whatsoever that in Hungary we’ll have a summer of freedom.”

As a vaccine acceptance plan and narrative pushes forward, Hungary plans to relieve restrictions somewhat. Orban’s government published plans involving reopening non-essential businesses with capacity restrictions and reducing by two hours a curfew that has been in place for more than five months. However, the loosening comes with a caveat: 2.5 million people in the country must take an injection first.

On March 29, however,  Orban instead extended restrictions until at least April 8.

Reporting from Bloomberg on March 24 perhaps best encapsulates the big media and big tech narrative spread in Europe and around the world in terms of how to handle the SARS-CoV-2 virus, a virus which has proven at times to be both vexingly rampant and exasperatingly unconcerning in its real world effects, “As frustrated citizens across the continent push back against repeated lockdown extensions in the run-up to Easter, Hungary’s predicament may offer a lesson: A rapid vaccination program can’t peg back the pandemic without harsh restrictions on daily life to accompany it,” said the article.

In a March 30 article entitled “Hungary Doctors Rebuke Easing Plan in Worst Virus Hotspot,” Bloomberg touted the words of Hungarian Labour Union of Doctors Vice President Judit Toth, who called for only more lockdowns in a country already pushed to the brink by Orban’s draconian measures, “Doctors find it incomprehensible how there can be communication about a re-opening so soon just when we should be talking about tightening and how to improve adherence to existing curbs,” she said.

According to data from Google, which cites John Hopkins, Hungary has, since the beginning of the pandemic, suffered 641,000 positive tests and 20,161 deaths as of March 30. By comparison Sweden, a country of slightly more than 10 million people and which did not install lockdown restrictions or measures at the start of the pandemic, has suffered from 780,000 positive tests, but only 13,402 deaths.

Beijing’s vaccine diplomacy via the Belt and Road

Hungary’s acceptance of Beijing’s vaccine diplomacy may boil down to Prime Minister Orban’s participation in the CCP’s global hegemony and debt-trap installation project, the One Belt One Road Initiative.

Website About Hungary, published by the Prime Minister’s International Communications Office, boasts an entire One Belt One Road section on its website.

Having signed its citizens into the agreement in 2017, Orban’s office published an article lauding the Party’s globalist ambitions entitled “PM Orbán: Globalization is Taking a New Form Dominated by the East.” The article said, ”The prime minister added that over the last two years, large American and European companies have been bought out by Chinese enterprises in Hungary, leading to a sharp increase in the number of Hungarian development projects that are now Chinese-owned.”

The Prime Minister’s office also published another article boasting of a railway between Budapest and Belgrade, which is 85 percent financed by the CCP.

Hungary also has an official bicycle race called the One Belt One Road Cycling Tournament of Hungary, which was scheduled for August of 2020, but postponed due to the government’s lockdown measures.

In a December 2020 article by Diplomatic Review analyzing the BRI’s effect on Hungary, the publication put communist China’s influence into shocking perspective, “BRI makes up of a large percentage in different areas, such as 42% of the world’s Gross National Product (GNO), 64% of the world’s population, 40% of the world’s landmass and 75% of the world’s energy.”

Previous articleThe Story of Easter and Holiday Traditions
Next articleSARS-CoV-2 Infections May Have First Emerged in Hubei as Early as October 2019: Recent Study