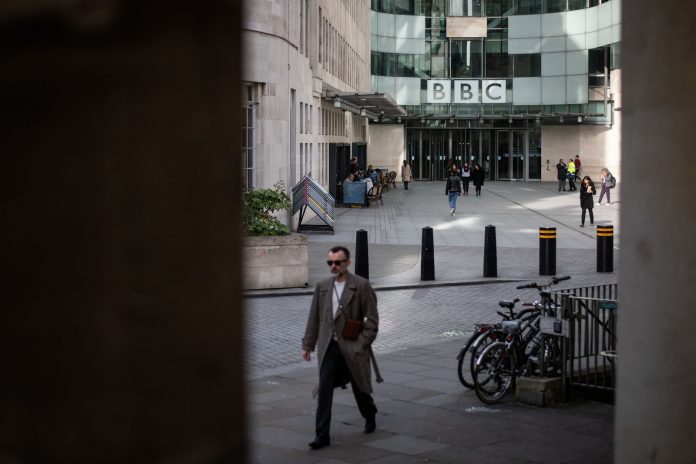 BBC correspondent John Sudworth, who was living in communist China, fled amidst fears that his life was at risk. Beijing was unhappy with some of his articles that exposed the atrocities of the communist regime. He has relocated to Taiwan and will continue acting as a China correspondent for the news network.

According to the Foreign Correspondents’ Club of China (FCCC), Sudworth’s wife, Yvonne Murray, also left with him. She is a correspondent of RTE, an Irish broadcaster. While in China, Sudworth was apparently the target of personal attacks and disinformation from CCP-backed media, which also included a video that named him. For the past two years, he has been living a life of uncertainty with his family in communist China, being given short visas that lasted for one, three, and six months.

The personal attacks came after Sudworth’s coverage of issues like the Uyghur genocide in Xinjiang and the coronavirus pandemic that reportedly crossed what the foreign ministry has called communist China’s “red lines.” The attacks on Sudworth escalated after the UK’s broadcasting regulator Ofcom banned Chinese media outlet CGTN from operating in the UK. CGTN had violated Ofcom’s broadcast rules. The BBC has stood by Sudworth, saying that he exposed the truths of communist China, which the Chinese authorities “did not want the world to know.”

“The FCCC notes with dismay the increasing frequency of erroneous claims by the Chinese state and state-controlled entities that foreign correspondents and their organizations are motivated by anti-China political forces to produce coverage…that runs counter to the Communist Party’s official line. Alarmingly, Chinese authorities have also shown a greater willingness to threaten journalists with legal measures, proceedings that could subject them to exit bans, barring them from leaving China,” the organization said in a statement.

CCP-backed media Global Times reacted to Sudworth’s escape by publishing a propaganda piece. It stated that Sudworth had become infamous in the country for his “biased stories” that distorted China’s pandemic and Xinjiang policies. It accused Sudworth of “hiding in Taiwan Island” after some Xinjiang nationals threatened to sue the BBC for publishing fake news.

At least 18 international correspondents were expelled from communist China last year, according to the FCCC, which it believes is a “loss for the journalism community in China.” This includes correspondents from outlets like The Wall Street Journal, The Washington Post, and The New York Times.

In Sept. 2020, the remaining two Australian reporters had also fled communist China following a five-day diplomatic conflict. A 2020 annual survey by the Committee to Protect Journalists (CPJ) had found communist China to be the leading jailer of journalists in the world. It noted that Chinese authorities showed “greater willingness” to threaten reporters with legal measures.

Sudworth’s escape comes after Beijing tried to pressure Caroline Wilson, the British ambassador to China. She published an article that criticized the communist government for attacking foreign journalists and suppressing press freedoms. The article was posted on the official WeChat account of the British embassy in Beijing.

The Chinese foreign ministry had summoned Wilson and complained about the article, calling it arrogant and “inappropriate.” However, Wilson refused to admit she had done anything wrong.

“I stand by my article. No doubt the outgoing Chinese Ambassador to the UK stands by the 170+ pieces he was free to place in mainstream British media,” she said in a tweet. The article has been banned on WeChat.