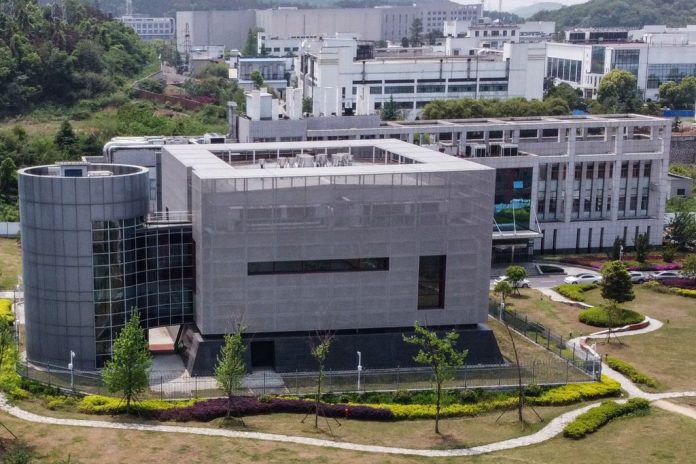 A U.S. Department of Health and Human Services (HHS) oversight board did not review a National Institutes of Health (NIH) grant to the nonprofit EcoHealth Alliance group that funded a project at the Wuhan Institute of Virology (WIV) involving gain-of-function research to modify bat-based coronaviruses.

In 2017, the HHS created the Potential Pandemic Pathogens Control and Oversight (P3CO) Framework to help its review board critically evaluate grants that involved enhancing dangerous pathogens such as coronaviruses.

However, the offices of the Director for the National Institute of Allergy and Infectious Diseases (NIAID) and the NIH both “systematically thwarted–indeed systematically nullified–the HHS P3CO Framework by declining to flag and forward proposals for review,” Rutgers University professor of chemical biology, Richard H. Ebright, told the Daily Caller News Foundation (DCNF).

In other words, the NIAID, led by Anthony Fauci, allowed the $600,000 grant to bypass P3CO review by not flagging the project.

Experts such as Dr. Jonathan Latham and Dr. Allison Wilson said in a June 2020 article in Independent Science News that EcoHealth’s NIH grant indeed describes gain-of-function research, which is a risky area of study that can make SARS-like viruses more contagious. The NIH defended the decision of its sub-agency to bypass review of the grant when it said, “After careful review of the grant, NIAID determined research in the grant was not gain-of-function research because it did not involve the enhancement of the pathogenicity or transmissibility of the viruses studied,” an NIH spokesperson told the DCNF.

“We would not submit research proposals that did not meet the definition, because otherwise we would need to submit everything.”

Dr. Latham and Dr. Wilson explained that with the text of the grant abstract as written, it “is hard to overemphasize that the central logic of this grant was to test the pandemic potential of SARS-related bat coronaviruses by making ones with pandemic potential, either through genetic engineering or passaging, or both.”

According to the New York Times, the U.S. government initially halted funding for dangerous gain-of-function research in 2014 after the Centers for Disease Control (CDC) accidentally exposed lab workers to anthrax and mistakenly shipped a deadly avian flu virus to another federal lab that had requested a benign flu strain. The White House stated that the moratorium was made “following recent biosafety incidents at federal research facilities.”

In 2017, funding for gain-of-function research was resumed after new oversight procedures were implemented. Two groups were given oversight responsibilities: the funding agency, which was the NIAID in the case of the EcoHealth grant, and the interdisciplinary P3CO Review Committee convened by the HHS. The committee will not review any grants unless they are flagged by the funding agency. Furthermore, the P3CO Framework does not require the HHS committee to confirm or refute the NIAID’s claim that the EcoHealth grant did not involve gain-of-function research.

Ebright stated that the ability to so easily bypass the P3CO review “is a systemic problem.” If the grant had undergone review with independent evaluation from a HHS panel, the HHS could then have made additional recommendations regarding biocontainment measures to prevent potential lab leaks or could have even denied the grant altogether.

An annex to the World Health Organization’s (WHO) COVID-19 origin report that was released on March 30 states that the WIV research “used recombinant viruses to test whether bat CoVs could use ACE2 to bind but used bat spike protein on a bat-CoV backbone.” Ebright said that this statement involving bat coronaviruses and the use of recombinant viruses in tests describes gain-of-function research.

In April 2020, the NIH terminated the EcoHealth grant under the order of former President Donald Trump’s White House. The NIH Deputy Director for extramural research, Michael Lauer, wrote a letter to EcoHealth Alliance officials, stating that the “NIH does not believe that the current project outcomes align with the program goals and agency priorities.”

When Fauci was asked about the cancellation of the EcoHealth grant in a hearing before the House Energy & Commerce Committee in June 2020, his response was, “I don’t know the reason, but we were told to cancel it.”

Following the hearing, Fauci clarified to Politico that the Trump administration had ordered the NIH to terminate the grant.