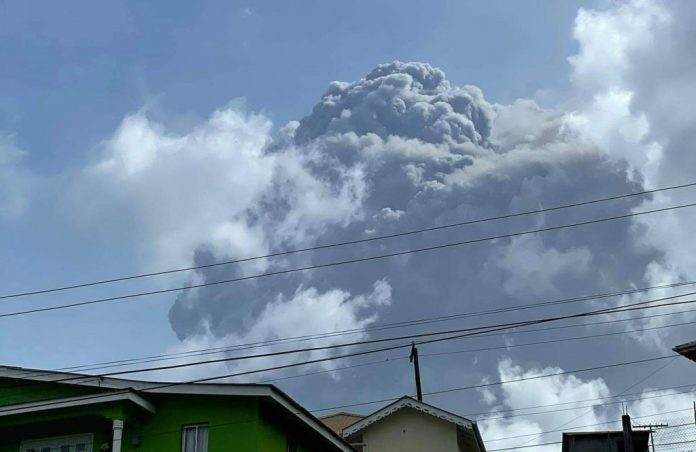 The government of St. Vincent, an island in the Caribbean, has said it will not permit its citizens to flee the island amid the La Soufriere eruption unless they submit themselves to the AstraZeneca COVID-19 vaccination.

U.S. based CBS Evening News with Norah O’Donnell made the claim during an April 8 broadcast that only those vaccinated would be permitted to evacuate from the island. The claim was re-broadcast by the station’s official Twitter account.

Prime Minister Ralph Gonsalves said on a broadcast of NBC Radio St. Vincent and the Grenadines that the decision to not take unvaccinated refugees came from the destination countries. However, Gonsalves did recommend anyone who enters a St. Vincent shelter be vaccinated. Of the country’s population of approximately 110,500, approximately 10,805 single doses of a vaccine have been administered.

St. Vincent has a total of 15 active cases. The island has suffered 10 deaths and 1,789 total cases since the pandemic started last year, according to data from the Chinese Communist Party-friendly World Health Organization (WHO).

On April 8, Gonsalves issued an evacuation order for residents in the Northeast and Northwest of the island, from his twitter handle @ComradeRalph, forcing approximately 16,000 people out of their homes and into shelters.

However, according to the Pan American Health Association website, the island only received its first shipment of vaccines on April 7 through the WHO’s COVAX vaccine diplomacy program. The vaccines are the AstraZeneca variant, which has been pulled from shelves across the world after reports of blood clotting.

According to Washington Examiner, Carnival, Royal Caribbean, and Celebrity Cruise Lines have sent several ships to the island for evacuation efforts. A spokesperson for Carnival told the Examiner their company “has not made vaccines a requirement of this humanitarian mission,” while a spokesperson for Royal Caribbean told the paper testing and vaccination efforts are being managed by the St. Vincent government.

The La Soufriere volcano erupted for the first time since 1979 on April 8, erupting smoke and ash 20,000 feet into the air according to government reports. The blast sent ashes from one end of the 18-mile-long island to the other.

In 1902 the volcano experienced its largest eruption, which killed more than 1600 residents. Activity persisted afterwards for an entire year, according to the History_of_Geology Twitter account.