During a ceremony at Joint Base Andrews, Maryland, President Donald Trump signed this year’s National Defense Authorization Act (NDAA), which allocates a $738-billion budget to the U.S. military and related functions.

Trump called the NDAA the “largest-ever” U.S. defense bill and stressed the importance of the to-be-created sixth military branch, the Space Force.

“Amid grave threats to our national security, American superiority in space is absolutely vital,” he told reporters at the base.

The NDAA, which covers expenditures and policy for the Pentagon in the fiscal year 2020 (October 2019-September 2020), places special focus on confronting the military strength and political interference operations of an increasingly belligerent communist China.

“While Russian interference is well known, American and European institutions are facing greater pressure from the Chinese Communist Party as well, especially surrounding sensitive issues like the Hong Kong protests and the detention of Muslims in Xinjiang,” said a Dec. 17 report by the Alliance for Securing Democracy, a U.S. think tank.

The NDAA’s conference report produced by Congress mentions China more than 200 times, and the bill contains provisions that restrict business with certain Chinese companies and require scheduled reports on China’s international ambitions, such as its military relationship with Russia. 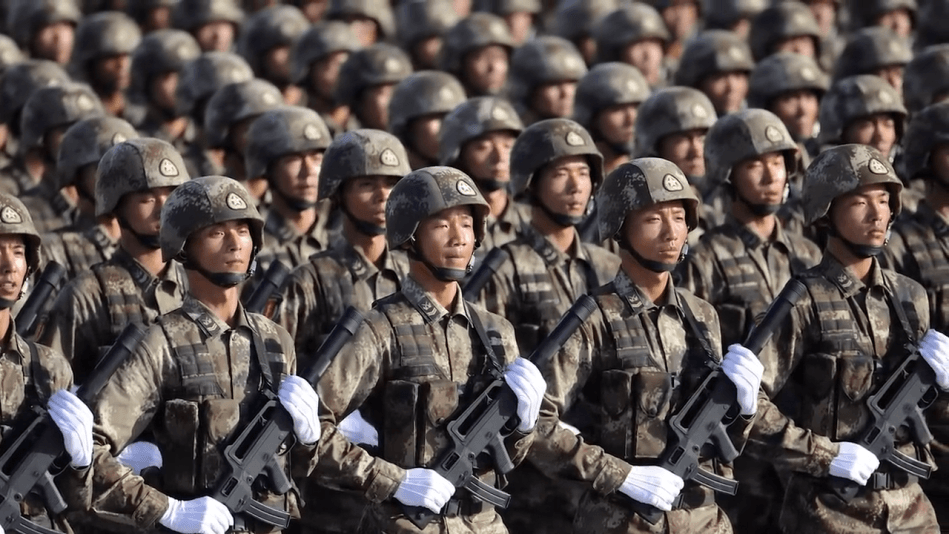 Notably, the bill calls for the Pentagon to aid the Republic of China (Taiwan) by recommending “extensive military exchanges and arms sales” aimed at enhancing its defense capabilities, and to support the pro-democracy movement in Hong Kong. The budget also requires that the U.S. government closely monitor and produce regular reports about the treatment of Muslim minorities in China, particularly in the northwestern region of Xinjiang.

The People’s Republic of China (PRC) has accused the United States of grossly interfering in “China’s internal affairs” with what is called “China-related negative clauses” in the NDAA. Beijing said these would “undermine the development of China-U.S. military relations, and damage mutual trust and bilateral co-operation,” and urged Washington to call off on implementing them.

In addition to targeting Chinese companies and defense industries, the NDAA sanctions Russia and other actors related to the Nord Stream 2 natural gas pipeline to Western Europe, which Washington views as a strategic challenge.

The NDAA provides $22 billion more to the military than in the 2019 fiscal year. It also contains a $5.3 billion fund for disaster recovery. The budget focuses on modernization programs and personnel expansion.

Additionally, the bill grants 12 weeks of paid family leave for 2.1 million federal government employees and raises salaries for civil and military employees by 3.1 percent. The Congressional Budget Office projects the cost of the parental leave portion to be $3.3. billion from 2021 to 2024.