In a very remote age, during the time of the development of language and writing, the first written characters were very much like primitive pictures. They represented the things necessary for the divination of oracles, or for day-to-day transactions depicting a simple culture, about things like animals owned or hunted or the protection of territory, the weather, and the family.

Tang Dynasty historian Chang Yen Yuan once said: “Writing grew from the need to express ideas… this was the intention and purpose of nature and the sages.” Sadly, since the 1950s, the Chinese Communist Party (CCP) has endeavored to cut Chinese society off from its roots and has replaced traditional culture with Marxist ideologies.

Ancient Chinese art focused on an emotional relationship or “bond” with nature. All forms of art played a huge part in the governance of China, and writing was considered sacred.

Poets and those who wrote well or had beautiful handwriting were highly respected throughout the land. The writing style was also very unique. For instance, punctuation was not used in ancient Chinese writing, and characters on pages started at the upper right corner and moved down in a vertical line. Books were opened from what a Western person would assume to be the back. 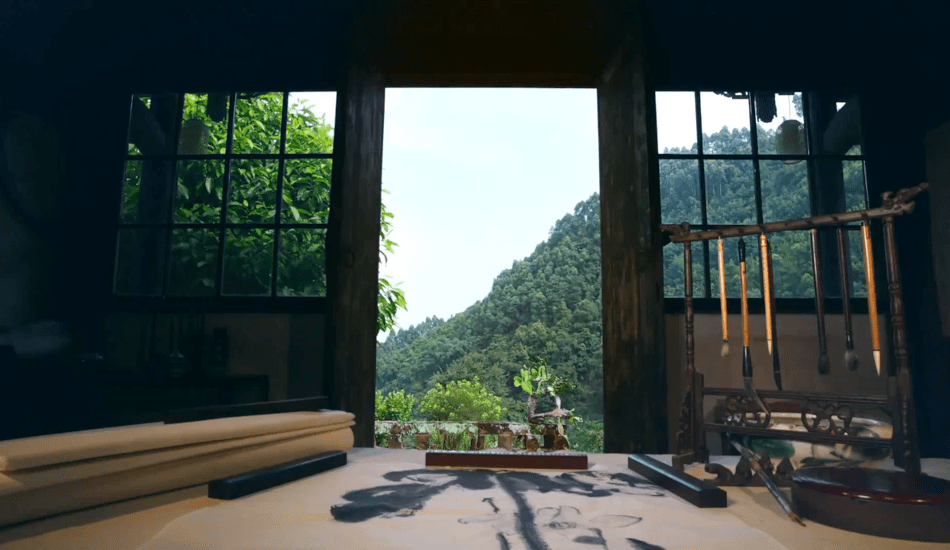 Poets and those who wrote well or had beautiful handwriting were highly respected throughout the land. (Image: Screenshot / YouTube)

Ancient Chinese logographic writing used symbols derived from nature. For instance, the character “木” resembles wood or a tree, and the character “林” stands for a forest, with two trees combined together. Three trees meant thick or dense. By adding a stroke through the base of the trunk of the character, it was modified to mean root. These are known ideograms since they portray ideas through metaphors and natural objects.

Over the centuries, the writing style of Chinese characters continued to evolve. The first recognizable form of Chinese writing dates from 3,500 years ago, but many argue that it comes from a still more distant and remote time. Anyhow, the Chinese language has evolved considerably over an enormous number of years. Still, the language retained its ancient core making it one of the longest continuously used writing systems in the world. A Chinese dictionary published in 1994 collected 85,568 Chinese characters.

When Communism spread in the Middle Kingdom, the connections with nature, heaven, and man — and along with it, the sacredness of life — were gone. Communism’s goal was to wipe out traditional culture and replace it with an atheistic, irrational, and aggressive ideology.

In a series of political campaigns — such as the campaign against the “Four Olds” (old customs, old culture, old habits, old ideas), the Cultural Revolution, and the persecution of Falun Gong (a qigong practice of the Buddha School although it is not Buddhism) — the ultimate aim was to destroy the literati and kill off the conservative heart filled with traditional Chinese values.

In 1956, the Chinese Communist Party commanded its Language Reform Committee of China to release a long list of more than 2,000 “simplified” Chinese characters. It was to replace the existing traditional characters. This was a huge loss for the linguistic heritage of China. By emphasizing and introducing many simplified radicals, it took out parts of a traditional character that gave it “depth” and inner meaning. 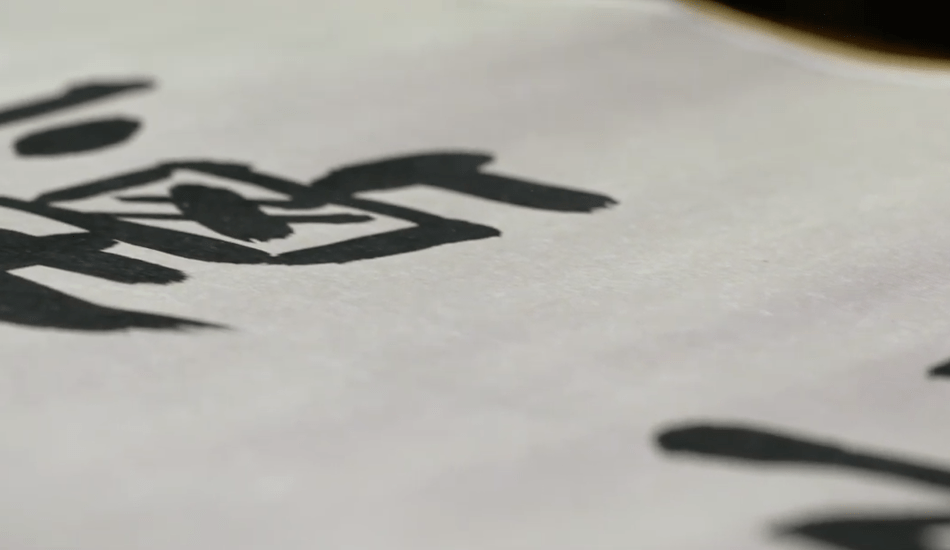 By emphasizing and introducing many simplified radicals, the CCP took out parts of a traditional character that gave it ‘depth’ and inner meaning. (Image: Screenshot / YouTube)

For instance, the traditional character for love is “愛”; but by removing “心” (heart) in the middle, the simplified character becomes 爱 (love) without the heart. By simplifying the traditional character “聽” (listening) to “听”, the character has now lost its true meaning. Radicals that symbolize “耳” (ear) and “心” (heart) were used for listening. “Listening with the heart” now has the newly-added radical “口” (mouth), which isn’t a human faculty for listening at all.

It’s heartbreaking that such a rich culture is being made out to be so shallow, especially for many Chinese, who were brought up learning and appreciating the classical Chinese language and its ancient origins. Despite everything, classical Chinese characters are still being used by people living in Taiwan, Hong Kong, Macao, and Singapore. Brush-pen calligraphy, the ancient art form, is still a popular past-time.

Despite the huge challenges facing the Chinese today, China’s cultural heritage continues to inspire and be admired the world over. Traditional Chinese culture is still cherished by good people inside and outside of China. The art of classical Chinese writing will endure with its undeniably unique medium of logographic writing.

Should We Evaluate Animal Intelligence in Assessing the Value of Animals’ Lives?
‘Facts of Our Founding’: A Look Back at the 1776 Commission Report
The Great Chinese Treasure Ships of Zheng He
Three Meals a Day? Or Is There a Better Way?

The Great Chinese Treasure Ships of Zheng He
Three Meals a Day? Or Is There a Better Way?
Paper Gourds of the Dragon Boat Festival
‘Facts of Our Founding’: A Look Back at the 1776 Commission Report
Should We Evaluate Animal Intelligence in Assessing the Value of Animals’ Lives?