The U.S. Department of State on May 14 commended the announcement by Taiwan Semiconductor Manufacturing Corporation (TSMC) that it intended to spend US$12 billion on a factory in Arizona, saying that the move was “a game changer for the U.S. semiconductor industry that will bolster American national security and our economic prosperity.”

“The TSMC facility in Arizona will increase U.S. economic independence, bolster our safety and competitiveness, and strengthen our leadership in high-tech manufacturing,” said Secretary of State Mike Pompeo in a statement.

With over US$255 billion in market capitalization, TSMC is the world’s biggest contract computer chip maker. It said it will initiate the investment in 2021, and plans to open the Arizona plant in 2024. The factory will provide an estimated 1,600 jobs.

The planned TSMC factory is a cutting-edge 5-nanometer semiconductor fabrication foundry. The chips produced have applications in advanced military equipment and communications devices.

“With TSMC’s commitment, high-tech chips will be Made in America once again — the nation where the semiconductor industry was invented,” Pompeo said.

It’s a high-profile triumph for the Trump administration, which has long focused on bringing manufacturing back to the United States, and is now scrambling to rectify a major economic downturn brought on by the CCP coronavirus pandemic. 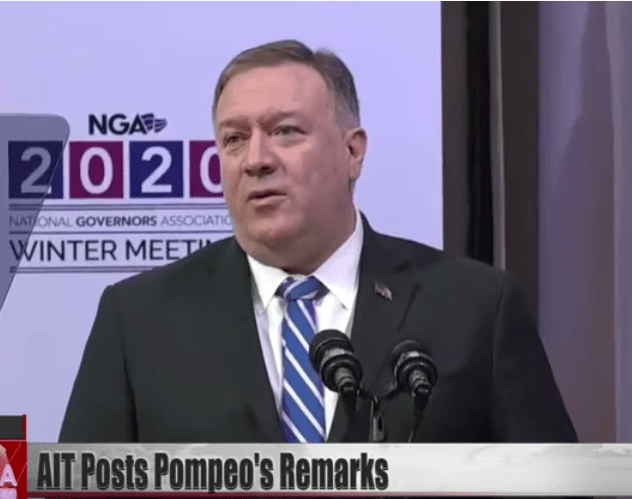 U.S. Secretary of State Mike Pompeo speaks at a meeting of the National Governor’s Association in February 2020. Pompeo said that Taiwan was an important friend of the United States. (Image: YouTube / Screenshot)

Due to the disruption of supply chains caused by the pandemic, the U.S. government has also been keen on reducing reliance on foreign production.

Pompeo noted that chips made by TSMC “will power everything from artificial intelligence to 5G base stations to F-35s,” the latter referring to the U.S. military’s newest multirole fighter jet.

“TSMC’s investment will create thousands of highly-skilled American jobs and tens of thousands more jobs across the entire supply chain for years to come. The facility will promote the creation of thriving high-skilled sub-industries, known as clusters, that will help ensure American leadership in technologies of the future. It will also spur cutting-edge research and development by American universities and companies,” Pompeo said in the May 14 statement.

TSMC is a major supplier to U.S. tech giants such as Apple and Qualcomm, as well as Chinese firms like Huawei. Washington has put Huawei, which has links to the CCP, on a trade blacklist over allegations that it poses a security threat, which the company denies.

Analysts with Credit Suisse and JP Morgan told Reuters they believe that TSMC may be trying to encourage the Trump administration to postpone or cancel its plans for regulation that would require export licenses for semiconductors produced using chip-making technology developed by the United States.

This rule, if passed, would empower the Commerce Department to ban TSMC from selling its chips to Huawei. The Taiwanese chip firm currently sells 14 percent of its semiconductors to Huawei.

The investment comes at a salient juncture in relations between the United States and the Republic of China (ROC), as Taiwan is officially known. Relations between Washington and communist mainland China have reached a new low, as the Trump administration hammers Beijing for its coverup of the outbreak that led to a global pandemic.

And before that, in 2015, the Chinese Communist Party (CCP) had rolled out its “Made in China 2025” program, which aims to make mainland China the world’s dominant producer of high-tech goods.

With the CCP facing a growing economic crisis and the specter of domestic unrest, the mainland authorities’ attitude toward Taiwan, which Beijing views as a renegade part of the People’s Republic of China, has been one of general aggression. 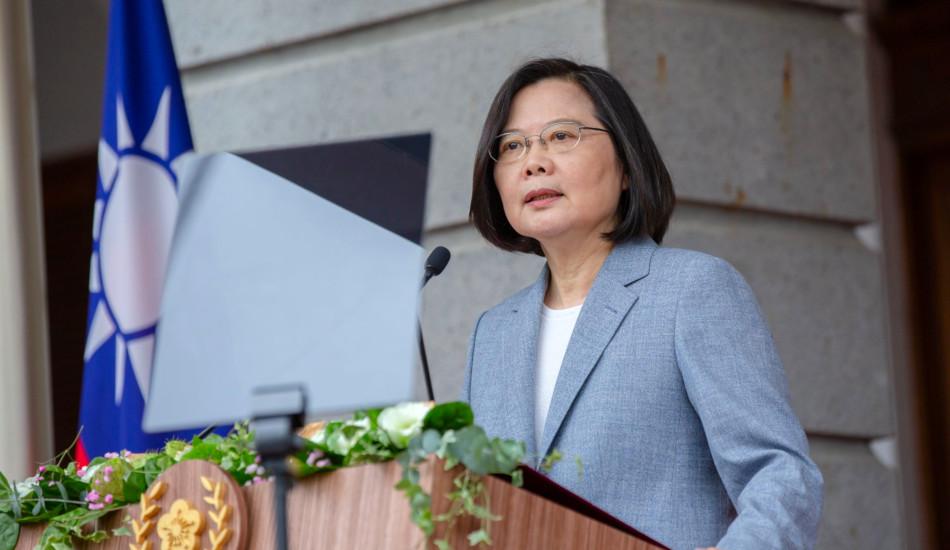 Tsai Ing-wen began her second term as ROC President by delivering a speech outlining her plans for the island state. (Image: 總統府 via flickr CC BY 2.0 )

From January to April, following the landslide re-election of Taiwan’s independence-leaning President Tsai Ing-wen, as well as the worsening of the COVID-19 epidemic in the PRC, the CCP’s People’s Liberation Army (PLA) stepped up provocations against the island. The PLA air force and navy dispatched fighters, bombers, and even an aircraft carrier battlegroup on exercises near Taiwan, while PRC officials and pundits warned the Tsai administration it was courting disaster.

Despite being a well-developed democracy and home to 24 million people, the ROC is unrecognized by most countries mainly due to the United States’ decision to switch diplomatic recognition of Taiwan to mainland China in 1979, as well as the One China Principle, by which the international community considers China one sovereign entity, rather than two independent states like North and South Korea.

But with the rift between Washington and Beijing growing due to the Sino-U.S. trade war and the pandemic, the United States has made stronger vows to support Taiwan, which has been a U.S. ally since World War II, when the ROC still governed mainland China.

On May 20, Pompeo congratulated President Tsai on being inaugurated for her second term, calling the ROC’s democratic system a “force for good in the world.”

The PRC has since toned down its rhetoric and provocations somewhat. In early May, hawkish former PLA air force Gen. Qiao Liang gave a media interview in which he advised Beijing against using military force to reunify Taiwan with the mainland. China watchers believe that given his position, Qiao’s statements reflect attitudes in the Communist Party leadership.

42-Story Building Catches Fire in Changsha, China, Burning Down Within Minutes
China Braces for Bad Harvests as Drought Scours 10 Million Acres of Farmland
Leading US Experts Hired by Chinese Regime to Advance its Military Programs: Report
China Hands Death Sentences to Ex-Minister of Justice Fu Zhenghua and Other ‘Political Liars’
From Prisoner to Prime Minister: Guan Zhong and the Hegemony of Qi

Years of Research Reveals the Effects of Alcohol and Tea on Long-Term Health
42-Story Building Catches Fire in Changsha, China, Burning Down Within Minutes
Europe Chatters About How to ‘Flatten the Curve’ of Energy Demand With Fines, Imprisonment
Okra Attracts Microplastics – an Odd Fruit With an Unusual Application
Biden Declares ‘Battle for Soul’ of America During Red-hued Declaration of War Against Trump
‘We are Fighting to Save our State’: Lee Zeldin and Other GOP Candidates Gather in Monroe, New York